Eldritch’s race is naturally very tall. They enjoy slightly superhuman strength despite their spindly appearance. Their musculature is dense and they are heavier than they look.

They also have developed a strange blend of science and magic.

Chayaran Da’vel’dor is highly intelligent, and prefers not to fight. His dirty work is almost always conducted by hired agents.

Eldritch is an exile from a peaceful species of space nomads.

He was thrown out of his kind’s worldship as they were crossing the Sol system, and ended up on Earth. One assumes that he was exiled due to his decidedly non-peaceful personality.

Chayaran Da’vel’dor wants to take over the planet using his superior alien knowledge. He has been clashing with British heroes and adventurers since the 1980s. 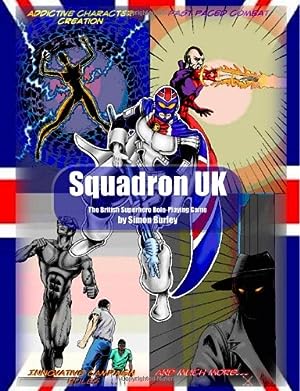