The second Electrocutioner is an adept athlete and fighter, with a good array of field skills. He’s presumably an experienced hitman and enforcer.

His skill with whips is superior, and he’s an excellent climber.

He managed to hit Batman several times – in DC Heroes terms he burns his Hero Points  mostly on AV. But he didn’t pace himself well.

His main asset is a distinctive-looking costume with a powerful electrical generator in the chestplate. Touching, or being touched by the Electrocutioner is often lethal.

The current emits a lot of heat – the Electrocutioner could melt an entire glass pane by simply touching it, and even used the heat to create crude hand- and footholds when climbing the façade of a stone building.

He is armed with an electric whip. It is a fast weapon whose touch is as hot and lethal as his own. Given the heat and electricity it gives off, using the whip will likely set the battlefield ablaze.

The Electrocutioner suit can also shoot electrical beams from its hand, though it wasn’t used much.

The second Electrocutioner — no relation to either the first or third — was brought into Gotham as a mob enforcer in 1991.

A fragile alliance of mob bosses needed to keep semi-independent gangs in line, and they sicced their new torpedo against criminals who stole from their more loyal made men.

The Electrocutioner killed multiple such men to enforce honour among thieves, and even escaped from a first attempt by Batman (Bruce Wayne) to intercept him. However, Batman deduced what the next target would be and laid an ambush.

During the fight, the vigilante damaged the Electrocutioner’s generator, shocking him badly and forcing him to surrender.

Though the hitman likely survived this electrocution, he was never seen again AFAICT.

Scary enforcer. He’s a professional, but also something of a bully. His domineering manner faltered when he realised Batman’s skill, strength and determination.

Nevertheless, the Electrocutioner is fairly resourceful and competent. He’s no genius but he’s no mere thug either.

He had a thing about making vague declamations pertaining to fate.

“I was wondering when we would finally meet, Batman. It was inevitable. Just as your death is equally inevitable.”

“I am not my predecessor. Neither in my purpose nor my powers. He was on your side, Batman. I definitely am not !” 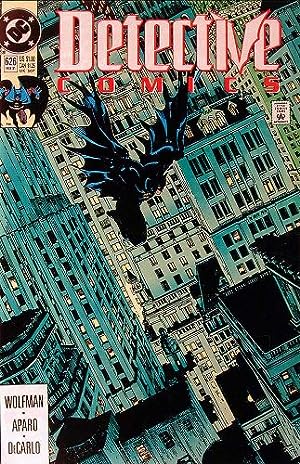