The Electrocutioner is an electrically-powered villain, which also gives him an healing factor .

He tends to stick to shooting lightning at his opponents, rather than attempt more complex manoeuvres.

Jimmy Kaatz was sentenced to death in Florida for the cold-blooded murder of an elderly couple during a mugging. However, during his execution on an electric chair, there was an accident at the generator due to a lightning storm. Kaatz was seemingly completely incinerated in the surge.

He woke up outside the prison. After some disorientation he stole clothes, a car, and fled like mad. Only later did he discover his powers. He resurfaced as the Electrocutioner and has wreaked havoc in several mid-western states.

He’s wanted by the law for several bank robberies and is known to have killed one police officer, and injured a dozen others. There is also a mob contract on him, as he was foolish enough to rob two of their casinos in Las Vegas.

Underneath the hood, Kaatz has dark, greasy eyes and beady eyes.

He hates all authority figures, especially police and “those pansy super-heroes”. He loves money and enjoys a good fight. 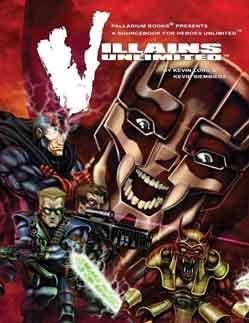