This profile is presented in three parts. For the sake of slower readers and/or those reading this site on a tiny handheld screen.

The first to respond was the Firstborn Sylvari necromancer Trahearne. An old friend of Tybalt Leftpaw, he had helped at Claw Island.

(A “firstborn” Sylvari means the first wave from this species to appear in the world, 25-ish years ago.)

Meanwhile, Trahearne let Fox accompany him as he consulted with the Pale Tree – the mother of all Sylvari. She showed them :

Trahearne had extensive knowledge about Orr, and undeath-related magic. Furthermore his Wyld Hunt was to save this land.

(A “Wyld Hunt” is a sort of lifelong quest that a few Sylvari receive in the Dream, before they are born. More about that when I have time to do a profile for Caithe.) 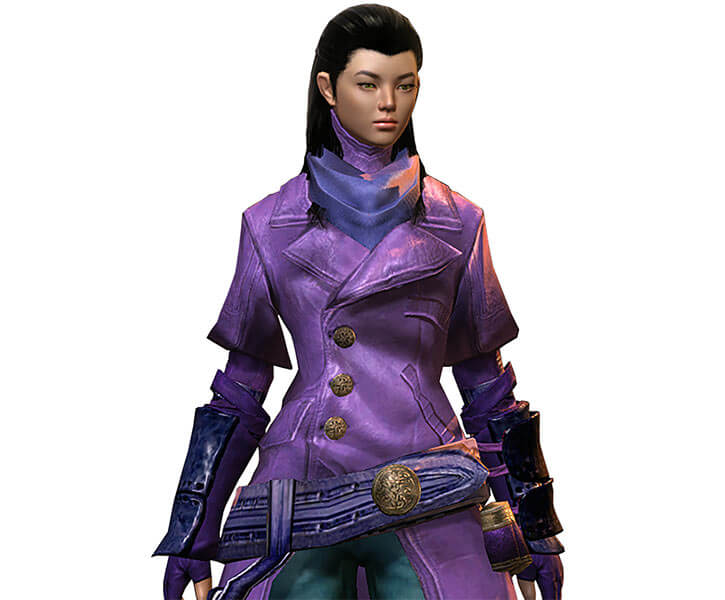 The Tree also warned Fox that Zhaitan was about to strike at the Order of Whispers.

Trahearne and Fox got back to the Order’s HQ just in time. Still, the besieged Order seemed about to be eliminated.

The secret Master of Whispers then revealed herself. For years Riel Darkwater had passed herself for the pretty assistant of the unseen — and fictional — Master.

Riel revealed another security measure – hidden explosive charges pre-placed within the Order’s base. These allowed the survivors to escape.

Based on their vision with the Pale Tree, Fox and Trahearne advocated for unity with the Priory of Durmand, and the Vigil. Riel agreed to give it a go.

The negotiation went relatively well. It was agreed to form a joint task force commanded by Trahearne. It also integrated Lionguard troops.

This joint force retook Claw Island. They hacked the island’s lighthouse to power a prototype laser cannon, cutting through the magical bone rampart blocking off the fort.

As the troops engaged the undead, a Fox-led commando retook the ramparts. They loaded the siege engines with special munitions, and opened fire on the undead dragon commanding Zhaitan’s forces.

This champion was slain, and the island retaken. Lion’s Arch was now significantly safer. And the three Orders had learned to work together as the Pact.

Trahearne made Elegant Fox Spirit his second-in-command, with the rank of Commander.

Zhaitan the elder dragon of death.

A beachhead against death

Trahearne’s next step was to retake a fort on the shore of Orr. It was to serve as an HQ for operations against Zhaitan.

In the buildup to this, he proved himself a capable general, a charismatic leader and an expert on Orrian lore. This reassured the officers of the Pact.

Two missions were of critical importance to prepare for the landing :

The fort was, at Fox’s suggestion, renamed Fort Trinity.

The Pact relied on rapid integration between the methods of the three orders. Furthermore, the many volunteers who joined the effort were expected to racially integrate.

For instance, a shock infantry unit could include Humans from the Seraph military corps, side-by-side with Charrs from the Blood Legion. They would be placed under the command of officers from the Vigil, who might also rely on Order of Whispers battlefield intelligence and Priory technomagical support.

The standard technology was Charr, provided by the Iron Legion. But the Pact freely mixed and matched, thanks to racially integrated engineering teams.

For instance, Human military tech was often used. Though it was more rustic, it was also easier to maintain.

Early example of a Pact airship.

During the campaign, this approach resulted in a number of new weapons :

There also was enough money, manpower and expertise to deploy several Asuran megalasers. These enormous, fiddly, power-hungry prototype cannons proved to be a hard counter against huge powerful monsters, such as undead dragons.

Furthermore, it became clear that a shape-changing Risen had been sabotaging efforts from within.

A last-ditch effort by Fox and Trahearne allowed for defeating the shape-changing saboteur, using one of Tonn’s leftover demolition charges.

They then activated the Blue Orb, which created a wide zone of protection against Zhaitan’s influence.

This allowed the beleaguered Pact forces to rally, retake the fallen parts of Fort Trinity, and clear the beachhead.

Fort Trinity was then considerably hardened. Especially once the megalasers were finally online.

Trahearne sent Commander Elegant Fox Spirit and Sayeh al’ Rhajid into a lost, sunken temple of the forbidden God of Secrets. The mission narrowly failed after an inconclusive clash with senior agents of Zhaitan.

The Pact attempted to strike back by luring one of these agents, the Eye of Zhaitan, into an ambush. The mission went pear-shaped and the ambushers were instead teleported to Orr.

However, Fox stumbled upon the very Skritt force she had recruited into the Pact. These had been doing recon forays in Orr. It was thus possible to rally, and kill the Eye.

Elegant Fox Spirit’s sister was also promoted to join the Vigil. She worked with Tactician Beirne  , one of their best officers. 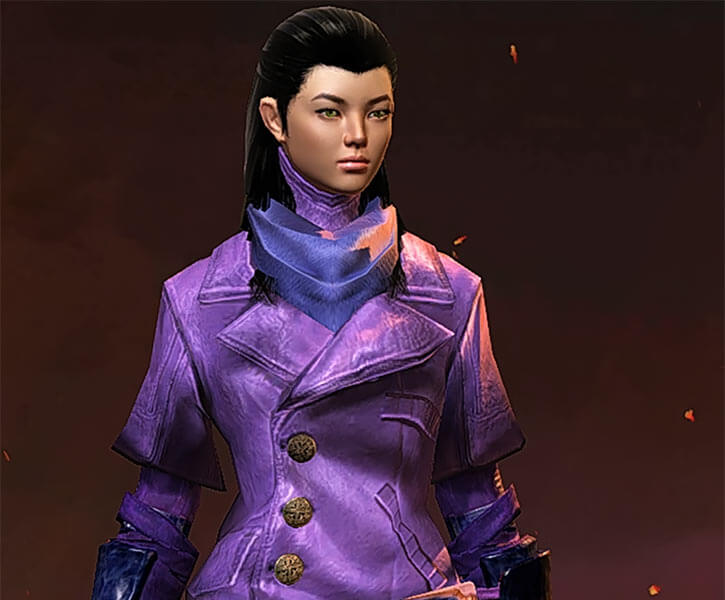 Furthermore, studying the Eye revealed that there were multiple Eyes. And that they actually were a perception organ for Zhaitan.

Thus, it made intuitive sense that another kind of agent/organ, the Mouths of Zhaitan, were what allowed the Elder Dragon to eat magic. This was confirmed through further study.

A Fox-led strike against a Mouth was successful. However, the casualties were bad.

Trahearne then came up with a plan to shut down the main ossuary  in Orr. It had been the principal source of undead Risen.

Fox and a Pact commando team accompanied him there, so he could study how the ancient burying rituals had been warped.

The mission was a success. The rituals Trahearne reconstructed shut down Zhaitan’s main source of reinforcements. 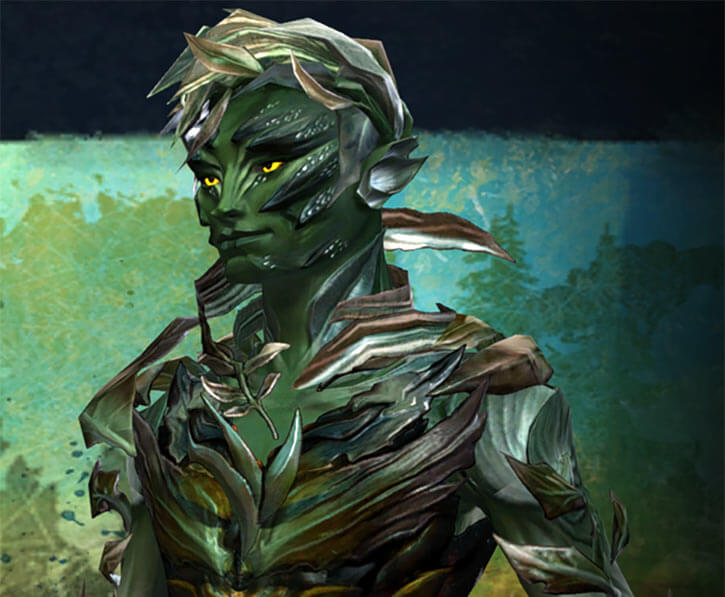 Fox was originally detailed to an Order of Whispers amphibious operation. But she was on her period, making her too much of an undead giant shark target.

She was therefore re-detailed to the Pale Reavers – an all-Sylvari specops commando. Since Sylvari couldn’t become undead, they were tasked with the highest-risk missions.

Though their support force had been slain, Fox and the Reavers cleared a perimeter. This allowed Charr engineers to disembark and prep a column of tanks.

These were then ferried into position despite Risen attacks, trapped corpses serving as land mines, and other difficulties.

Even with Charr armour and mortars, progressing toward Zhaitan was a slog. There were heavy casualties.

Fox’s sister was nearly killed. But her friend and superior Beirne sacrificed his life to save her.

As the advance was being consolidated, Trahearne launched another special mission with Fox. He was attempting a magical ritual that could cleanse Orr. However, this attempt failed.

In the wake of this, Trahearne and Fox remembered the exact words of the Pale Tree. This gave Trahearne another idea as to where to try his ritual. And how to find the spot.

The Pact’s flagship, Glory Of Tyria, as it was fielded against Zhaitan. It is essentially a flying guns platform, with a one-of-a-kind megalaser in the main cuppola. Behind is a large Pact attack airship with a more common appearance.

Trahearne and Fox located and allied with the ghost of an explorer. This shade’s sailship had been right over Orr when it rose from the sea.

Before his death the captain had used a map, blessed by the Norn Spirits of the Wild. This magic diagram always showed one’s destination. The ghostly crew helped Fox and Trahearne recover their map.

This joint expedition was met by superior Risen forces. But the more mindless undead did not realise, ironically enough, that they were wasting their trebuchet  fire on immaterial ghosts. This left them open to bombardment by a Pact airship.

The magic map took the Pact’s vanguard to the Source of Orr – the fount of all sweet water on this large island. There, Fox and Trahearne broke Zhaitan’s curse on King Reza, the Last King of Orr  .

Trahearne then drove his sword Caladbolg into the ground. It grew into a magical tree, cleansing the corruption.

From there, the cleansing spell would slowly flow through all water on the island. The Death Dragon Zhaitan would only be able to weaponise an increasingly small part of risen Orr.

Still, immense Risen forces remained. As well as Zhaitan himself, and multiple champions of his – including more undead dragons. 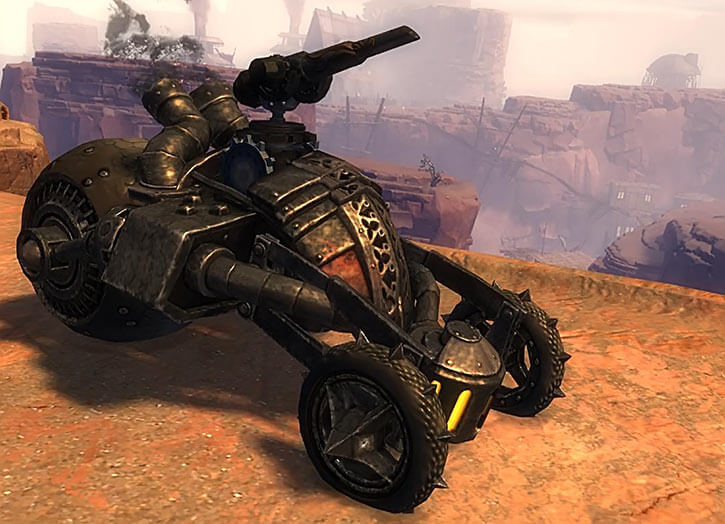 Typical Charr Iron Legion self-propelled mortar unit. These not-technically-tanks saw heavy use during the Orr invasion. Screenshot from dulfy.net  since I somehow forgot to take one.

Commander Elegant Fox Spirit had become quite famous. And this renown made the Destiny’s Edge members feel like fools for remaining out of the fight because of old grudges.

The team and Fox led a massive air raid on Zhaitan and his retinue. They lost contact with Logan in the fray, but he returned just in time to save them from the destruction of their airship. They transferred to the Pact’s flagship, Glory of Tyria.

The air battle was a harsh one. But the artillery on the airships performed well. Eventually, the flagship engaged Zhaitan.

Destiny’s Edge member Zojja had personally built the artillery on the Glory of Tyria. The main gun was thus a souped-up megalaser, which she used to badly wound Zhaitan.

Though the dragon struck back with agents, tendrils and spells, enough damage had been done that smaller guns could now hurt him.

Eventually, he was downed, crashing to his death on Orr. 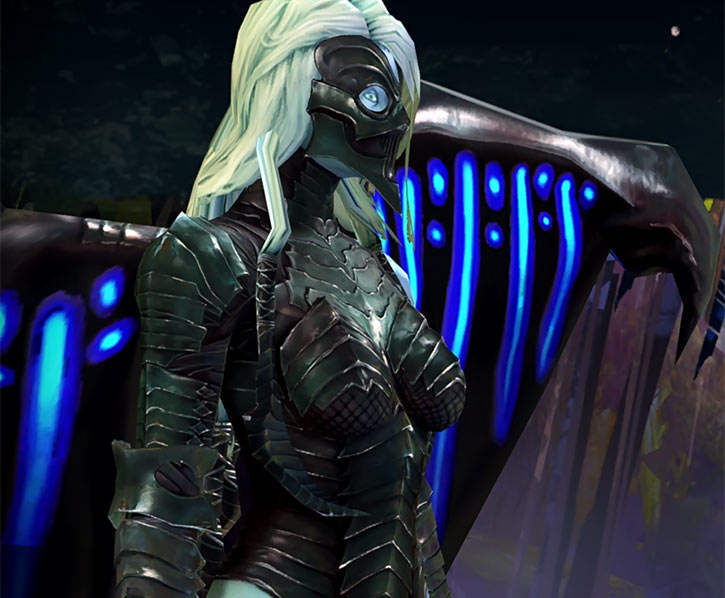 Elegant Fox Spirit remains on 24/7. She never had anything approaching a personal life, and has been serving in some capacity since she was 12 or so.

She is extremely professional and collected, and has rapid orientation procedures for seemingly every situation. She’s a talented, experienced, well-trained special operations and military intelligence expert.

Though she doesn’t talk much, she’s eloquent when needed. This is made easier since the thing she almost always talks about is the necessity to work together, stay strong and stay alert.

Fox is still propelled by a stringent, uncompromising ideal of public service. She’s from the government — or rather, a multinational public defence initiative — and she’s here to help. 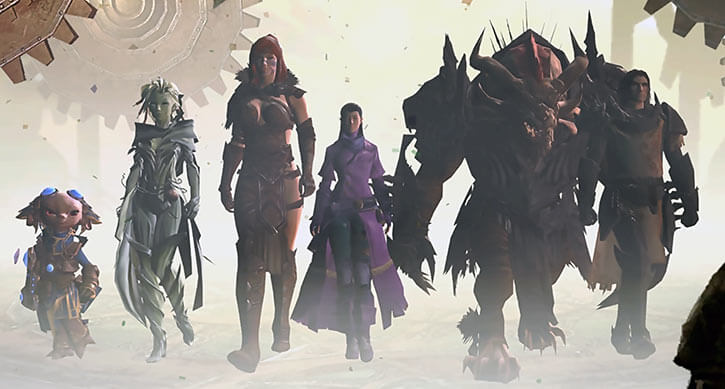