These four humanoid giants are each made of one Classical element  (Earth, Air, Fire, Water), and have magical powers over it.

Aero was also trained to use magic. He could teleport people and transfix a crowd.

The elementals seemed concerned about running out of energy by delivering wasteful attacks. In DC Heroes terms that maps very well to Hero Points  conservation, assuming that they share a pool.

These four elementals, who may be also part-demons, were conjured by “Merlin” during the late Arthurian era in Great Britain. This man was actually a mutant impostor, also known as the Maha Yogi or as Merlin Demonspawn.

His impersonation of the real Merlin had resulted in rumours that “Merlin” had gone insane and abusive. As a result, a promising lad named Modred refused to join his circle of apprentices. “Merlin” craved revenge, but the youth was plunged into suspended animation after a terrible experience with the Book of Darkhold.

“Merlin” apparently scried that Modred would wake up roughly 1,500 years into the future. He summoned and bound four elementals to a magic chest, within which they apparently remained in suspended animation.

There presumably was another spell to wake them up when Modred would, as their orders were to arrest him and bring him back. Apparently, time-travelling backward would be achieved thanks to the Stonehenge monument .

The foursome were also told that, once they had sent Modred back, they could stay in the future and do whatever they wanted – which meant destroying everything. One suspects that Merlin Demonspawn lacked the magical might to handle them and/or bring them back once the job was done.

Modred made his return in 1975. Some months later, two robbers plotted to steal the chest. A valuable magical artefact, the chest had been through various adventures. During WWII a philonazi spy stole and hid it in London (which is very Wolfenstein). 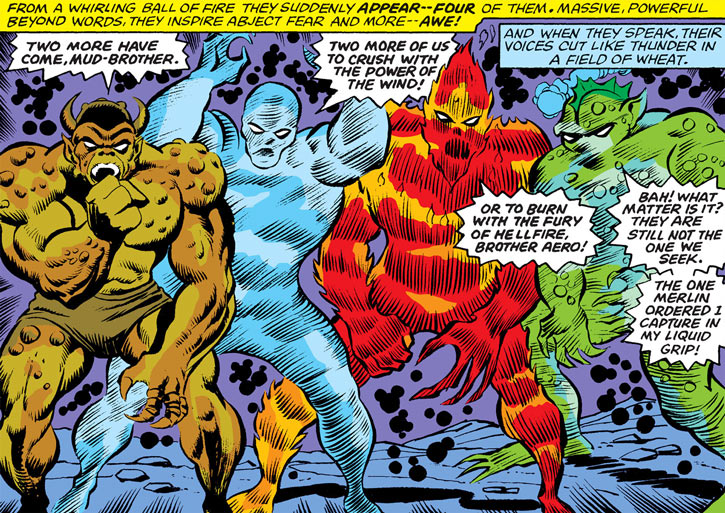 In 1977 the robbers located and stole the chest after various adventures and run-ins with the Thing (Ben Grimm). Presumably they had been lured in by the ancient spell. While they expected the chest to hold authentic British Pounds notes printing plates, it just absorbed them and freed the elementals.

The elementals went to Stonehenge, where they transfixed the tourists (and the two robbers, whom they brought along). They then either waited for Modred to come after them to save the crowd, or magically challenged him.

The elementals first ran into the Thing and Spider-Woman (Jessica Drew), and clearly had the upper hand. However Modred the Mystic’s arrival rebalanced the odds, and the four elementals were seemingly all destroyed by Modred’s spells.

Evil, destructive brutes with a tendency to bicker among themselves. They don’t quite act as a team – most of the time they just play armchair general about the actions of one of their brethren. They *are* capable of coordinating, though.

One remark vaguely implies they have a mediocre memory.

“Once our mission is completed, then we may cross this world — unleashed ! Level it to our heart’s desire ! But only once Merlin had [Modred]. Not before, brothers, remember that. We were not created solely to satisfy our own whims !”

They would have presumably be sent after Zatanna once, perhaps by Felix Faust.

Bonuses and Limitations:
Reflection/Deflection only to Deflect, but also works on magical spells.

Drawbacks:
Misc.: any HP spent by one of the 4 is *also* lost by the other 3, without any benefit to them. 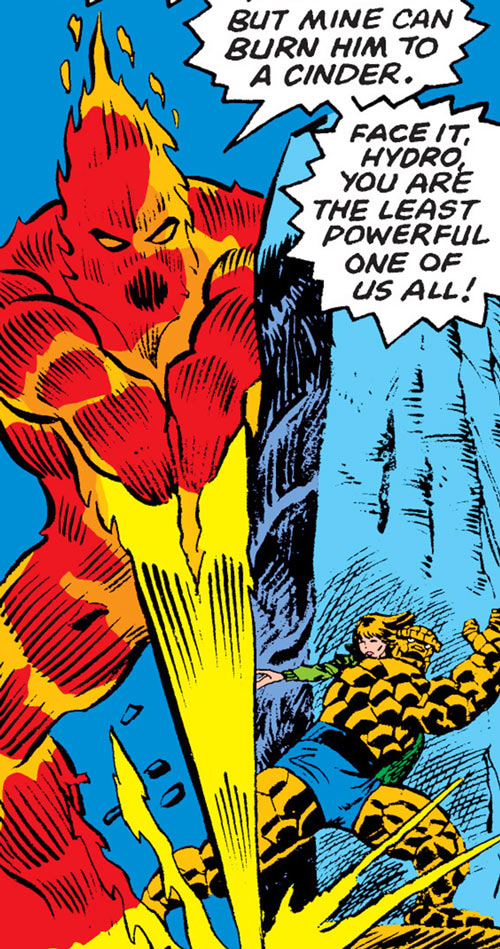 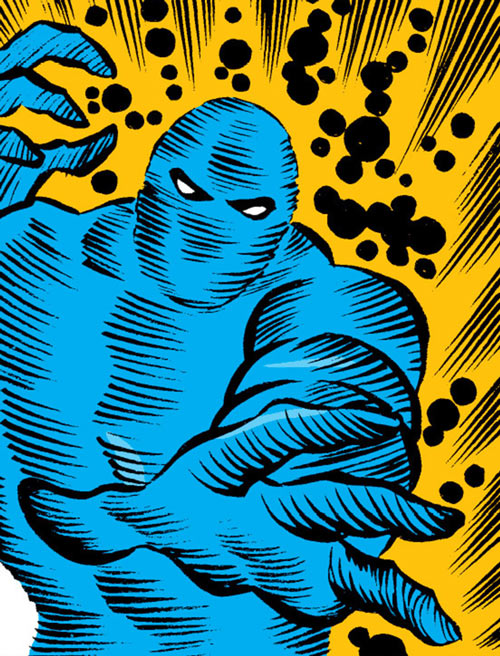