This bloke is an obscure, generic villain. He was seen but once in a 1961 Batman story.

There isn’t much to say about him. But if you feel like bringing back a forgotten baddie, he works.

Dolan can turn into elements. Such as iron, sodium or aluminium.

He appears to turn into a statue made of that element. So becoming gold will make him look like the Molten Man (Mark Raxton).

(The cover states he’s the “villain of 100 elements”, but that makes no sense. For starters, only 94 were known back then.) 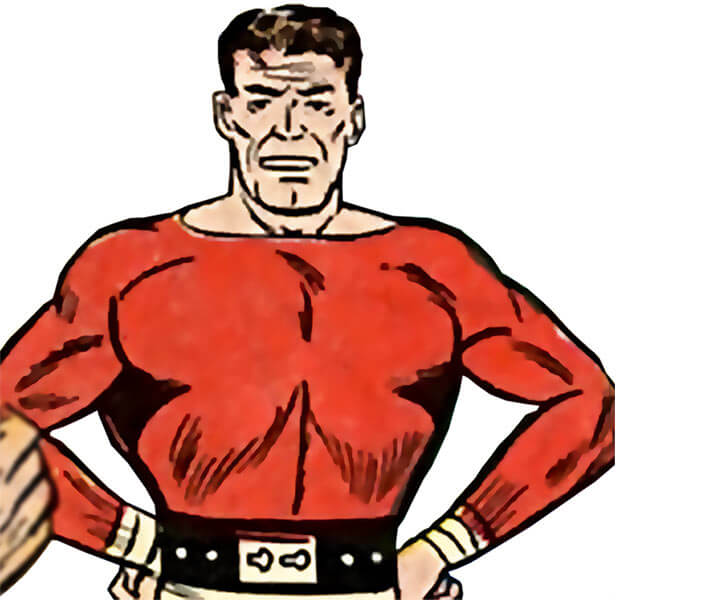 His clothing changes to match. And we observe that becoming a man of lead doesn’t collapse the floor. If all his tissues turned into lead he’d be about 850kg, which is close to a US ton.

From these two facts we can imagine that the effect is a sort of field affecting material about an inch from his skin, plus parts of his organism. Rather than him becoming a solid-yet-animated block of matter.

Normally, Dolan turns into a new element at random, every minute or so.

(Well, not quite at random. It seems more likely to “roll” elements in the third to sixth line. Stuff that most people would recognise. Whether he can become transuranics is unrevealed.)

As the Elemental Man, he was equipped with a belt. Touch controls allowed him to pick an element (or none) at will. 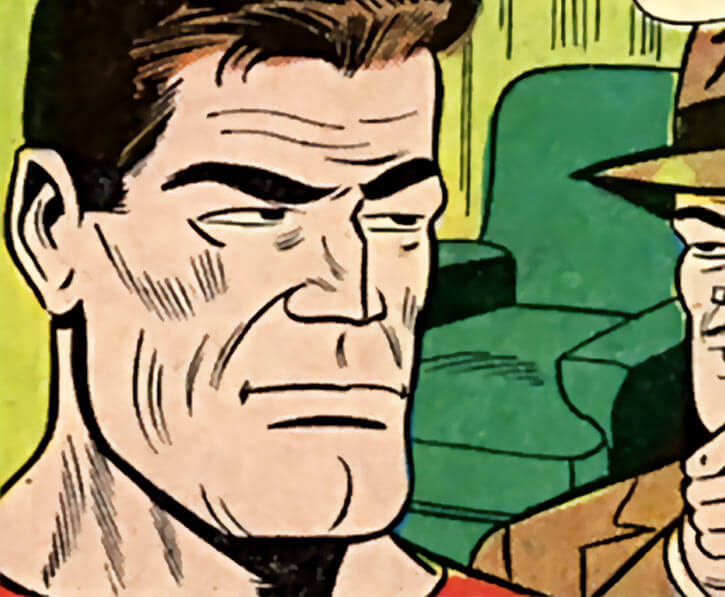 Higgins was one of the many Gotham scientist friends of Batman (Bruce Wayne) back then. He had been working on an element converter machine.

However, there was a tiny fault. This resulted in Dolan being exposed to radiation from the machine for weeks.

When he realised this, he started changing at random. Higgins built a belt to stabilise his state, so he could be treated.

But Dolan had gone criminally insane. He fled and, as was the style of the day, hired gunmen and started stealing stuff.

Batman stories are among the few super-hero comics that survived the 1950s. But sales weren’t all that.

When a new style of superhero comics emerged during the late 1950s, DC decided to have Batman hop on that bandwagon. It was led by their characters such as the Flash (Barry Allen), Green Lantern (Hal Jordan), the Challengers of the Unknown, etc.. These all had a pulpsCheap, often lurid novels in the US during the 1920s and 1930s sci-fi feel.

Mad scientists and strange powers thus became a fixture of his adventures. Along with space aliens, men who quit the human race, guys with atomic vision, magnetic dudes, etc..

For years tensions would remain between the different takes on the Batman concept.

The newly-christened Elemental Man was too powerful for Batman or Higgins to stop. So they and Robin came up with a plan.

Batman received a weak version of the element powers. This was done by spending energy drained during one attempt to stop Dolan. Wayne then pretended to go criminally insane, and sided with the Elemental Man instead of Robin.

When Batman took the Elemental Man’s hand to help him up a ladder, the trap was sprung. The power-draining machine that had previously failed was used on Batman. This drained permanently his charge, then Dolan’s through the medium of Wayne’s body.

During the mid-1980s, Kobra (Jeffrey Burr) researched this generation of forgotten, sci-fi Batman villains. He also found ways to reconstitute their powers.

A member of his Strike Force Kobra, Elemental Woman, thus had Dolan’s powers. 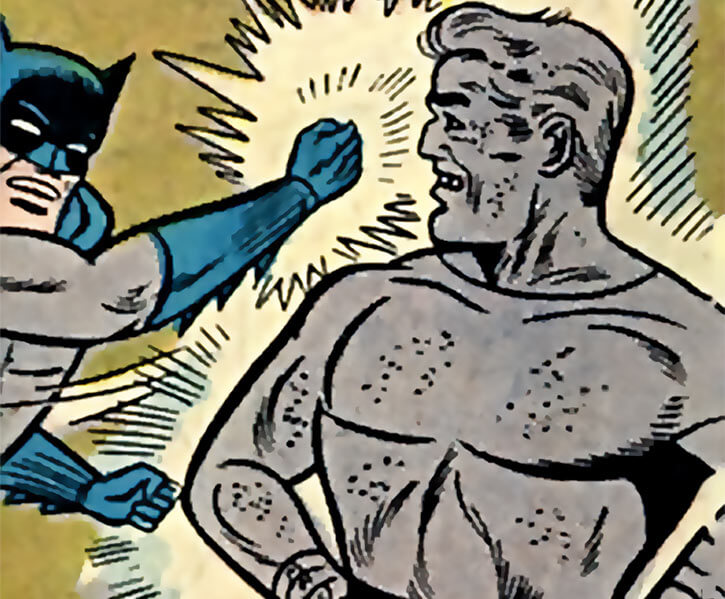 He steals cash and element-themed valuables, such as gold or radium or diamonds. 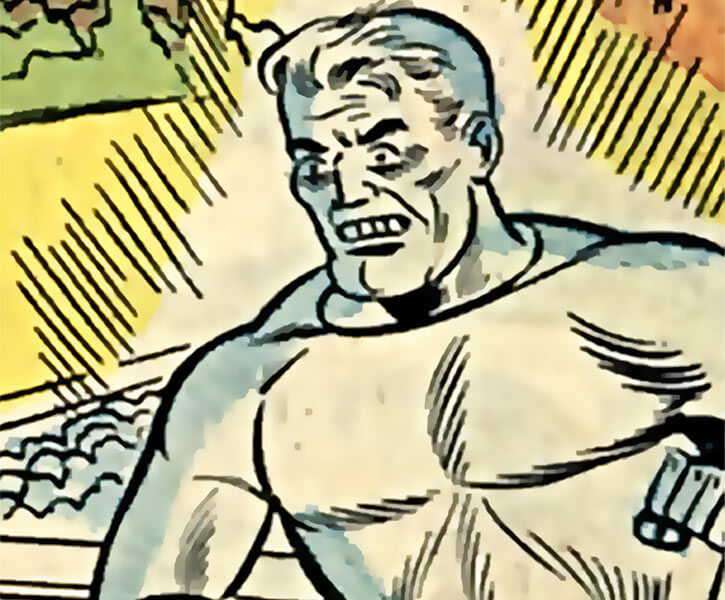 BELT [BODY 01. It allows the Elemental Man to select his element (or none) at a touch. This essentially removes his Limitation whilst it’s on.]

These days it’s all in the mind

Applications of his Powers in the story :

This way Elemental Man can at once effortlessly smash through walls, consistently hit 1961 Batman, and not hurt Batman that badly.

Everybody back then could get an Underworld Connection. Just walk into a connected dive (which anybody can find), act impressive, get hat-and-bad-suit-wearing gunmen as followers. That’s it.

I’m not a big fan of Molecular Chameleon.

Normally I’d just skip Molecular Chameleon, give him STR 11/BODY 11 and add a Power Loss Vulnerability lowering his score when he’s not made of iron. But heh, it’s not *that* much cleaner or simpler.