This obscure character has but one meaningful appearance.

We know how she looks and can infer her powers. That’s about it.

So it’s not going to be a long writeup. But if you’re looking for a nobody to develop, and/or to add manpower to a villainous team, well she’s there.

This profile should be read after the profile for the Elemental Man. Much of the background material is there.

Oh, and no relation with Element Woman (Emily Sung) either.

Elemental Woman can turn into elements. Such as iron, sodium or aluminium.

Her abilities presumably work like Elemental Man (John Dolan)’s. Like him, she often operates in iron form, for superhuman strength and durability.

Her iron form didn’t seem as powerful as Dolan’s, though.

Perhaps she was empowered using remnants of energy in the machine that was used to depower the Elemental Man and the Batman (Bruce Wayne). 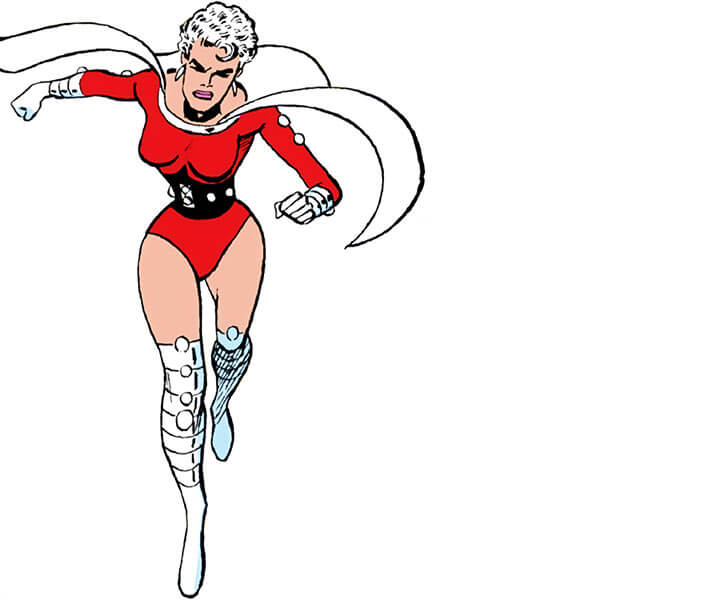 Her belt resembles the Elemental Man’s. And we see her touch it to change which element she mimics. So she presumably has to use it to avoid randomly shifting from element to element.

The belt has but a few buttons. So it’s *possible* that she can only turn into a limited number of elements. She demonstrated :

(FWIW you can refer to Gareth’s monster profile for the Elements of Doom if you want ideas for her possible Powers.)

The schtick was that they were mostly based on forgotten, sci-fi Batman villains from the early Silver AgeSuper-hero comics from the late 1950s to the early 1970s. In Elemental Woman’s case, Kobra’s scientists had apparently recreated the Higgins Element Converter radiation.

(Elemental Woman is seen post-Crisis. So that means that the Elemental Man did exist on New Earth. Though the story may not have taken place in the same way. We can’t tell).

The time to strike

The Strike Force attacked the Stagg laboratories to empower their newest recruit. They easily handled the security, but had a tougher time handling the Outsiders.

Elemental Woman was defeated by the far more experienced Metamorpho.

DC’s Who’s Who hinted that the Strike Force would return. But they never did. I never trusted these yellow dots borders, anyway. 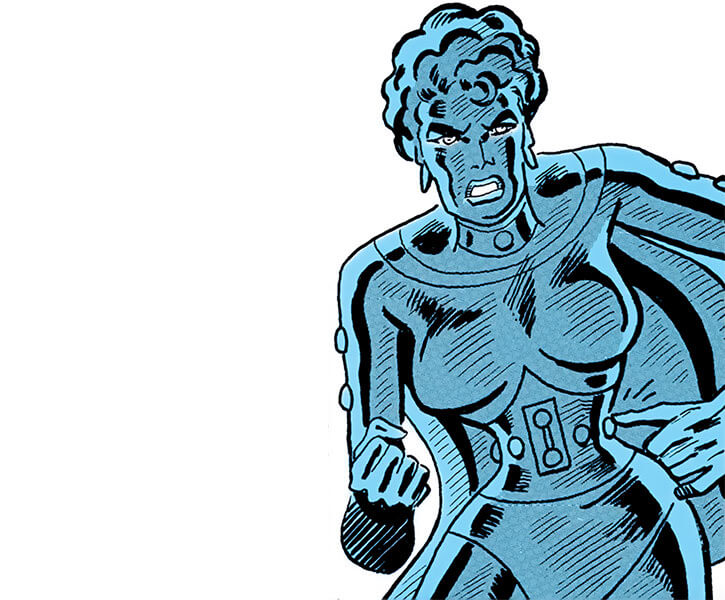 In 2001, Elemental Woman was part of the army of villainesses led by the witch Circe.

Wonder Woman (Diana of Themyscira) ended this by rallying an army of super-heroines. And by generally being Wonder Woman.

A devoted Kobra cultist. She seemed bitter and angry, and didn’t like Clayface.

Perhaps her bad temper is caused by her powers, as with her predecessor.

BELT [BODY 01. It allows the Elemental Woman to select his element (or none) at a touch. This essentially removes her Limitation whilst it’s on.]

Looker didn’t have much of a problem judo-flipping Elemental Woman. Likewise, the villainess didn’t try to break a steel cage Metamorpho made around her.

This suggests lower stats. Which means in turn that Dolan’s Flailing Attack strategy wouldn’t work for her.

8 APs is also a common weight class for Outsiders characters during this era.