Mr. Snow is one of the series’ core character, and part of a team of “mystery archaeologists”. These investigators reconstitute what should have been and fight against the suppression.

These are older notes, mostly based on the first Planetary TPB.

The extend of Snow’s skills is still an unknown. His main power seems to be heat subtraction, allowing him to congeal poison gas, selectively freeze an entire city block or freeze the water in an opponent’s brain.

Snow is, at this point, an enigma. Planetary consider it significant that he was born on January St, 1900 and has an anagathic  factor. These are characteristics shared with Jenny Sparks, Axel Brass and possibly others.

What is known is that :

Turn of the century

Snow is the most recent recruit of the Planetary field team. Planetary is an organisation that seeks to unravel the secret history of the 20th Century. As far as we know, it is entirely a support and intelligence operation, with only one field team – always made up of three metahumans. At present they are Elijah Snow, Jakita Wagner and The Drummer.

Led by a shadowy figure known as “the Fourth Man”, they seem primarily opposed by an organization called Artimas, which is led by “the Four” (aka “the Four Voyagers”). These are four unimaginably-powerful post-humans who traveled into space in 1961 as part of a shadow-government cold war operation.

These post-humans have an unimaginable influence over Earth. They are thought by Planetary to have prevented the rise of very powerful heroes (including analogues for Superman, Wonder Woman and Green Lantern).

Snow customarily wears old-fashioned white three-piece suits with white pumps and the jacket collar turned up. His pale complexion, white hair and black eyes make for a very monochromatic look. He has a vaguely bored and somewhat hostile expressions and body language.

Two other odd characteristics include the noticeable chill around him, and his lack of scent.

Snow is a bit of a curmudgeon and by nature a reclusive loner. His patience is especially short, and he hates people wasting his time or making fools of themselves. However, he also has a sense of justice despite his inherent pessimism.

“The cold doesn’t bother me.”

“I don’t enjoy killing people. I want to kill these people.”

The concept behind Planetary has three important points :

Thus, introducing Planetary and its field team in your campaign (DCU or otherwise) means you have decided there is a “secret history” and hidden wonders and dangers in the world. These can be relatively minor, or you could go for the “everything you know is a lie” approach.

An adventure involving Planetary could thus cast a strong doubt on an aspect of the universe your players took for granted (for instance, a strange, alien sanctum where the character find the embalmed corpses of the JLA, as of 1968. Or a slightly odd villa in the Rockies where Bruce Wayne’s parents are enjoying their retirement.

Or photographs of Kennedy in Dallas, shaking hands with an impressive-looking hero group in front of a cheering crown and numerous press photographs – all of the group’s members being complete unknowns to the characters. Etc.) – basically twisting the campaign world away from what it was supposed to be, and suddenly making it unknown – and making for much more apprehensive players.

By Mark A. Ayen and Sébastien Andrivet. 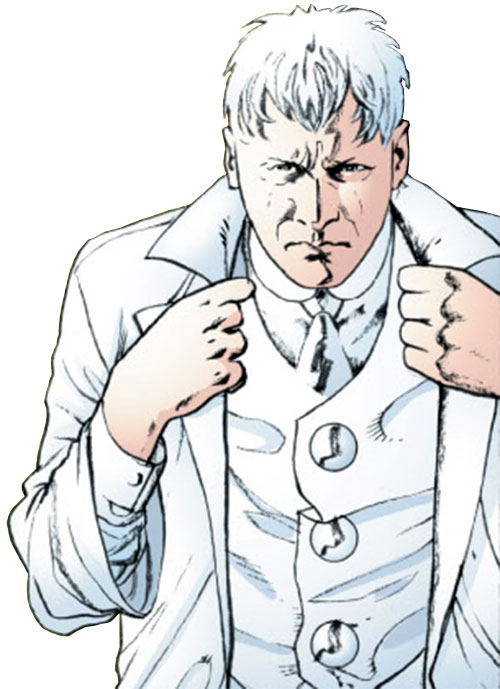