By this point Echo has more or less gained control of her mind. And she can access the skills and personalities of previous imprints with a thought. Either in whole, or just the portions she requires.

This includes the enhanced martial skills of some of her imprints, which makes her an extremely competent fighter.

Her memory has also improved greatly. For instance she could draw precise floor plans for a building she only passed through.

Dolls can then be imprinted with the personality required for a particular mission. This may be the personality of an individual who has been scanned, or one cobbled together from useful skills and personality traits of others. Their memories can also be the exact ones of the imprinted individual, modified slightly, or created from scratch.

The process requires the doll to sit in the chair while the imprint is loaded up to them. The process is painful, but the memory of the pain doesn’t remain.

Control over imprinted actives is maintained by imprinting them to trust their assigned handler implicitly. This is true no matter which imprint is currently dominant. This effectively gives them a Catastrophic Irrational Attraction to following their handler’s suggestions, especially when asked if they want a treatment. However, Echo’s is reduced due to her growing independence.

They also have the Active Architecture Drawback. It makes them vulnerable to certain application of the technologies that empowers them. The change to their mind to let it accept imprints is permanent. So even if they later have their original personality restored, they retain the active architecture.

(See the Echo (Early) entry for her initial history.)

Revolutionary in the House of Love

When she felt ready, Echo returned to the Dollhouse. She intended to work to free all the dolls, using the story that it had taken Paul that time to track her down.

DeWitt remained suspicious. They let the Dollhouse head programmer, Topher Brink, know the truth in hopes he could fix the cause of her problems.

Alpha reappeared soon after, murdering clients who’d hired Echo for romantic engagements. They began hunting him. But he snuck into the Dollhouse, using a virus injected into the system in a doll he’d hired. This malware sent all the dolls, apart from Echo, into a murderous rage.

Using this distraction, he subdued Paul. Having spied on them during their time together, he wanted to find out what it was about Paul that attracted Echo. So he sat him in the chair and ripped out his mind, leaving him brain dead.

Topher managed to restore most of Paul’s mind by giving him active architecture. Yet some portions were too badly damaged, so he had to reroute a lot. In particular, Brink had to leave out Paul’s emotional connection to Echo.

When Echo’s actions became too flagrant, DeWitt decided to send her to the Attic. Only when Echo was about to be cleaned out did DeWitt reveal her real reason for doing so.

She’d become increasingly uncomfortable with Rossum’s use of the technology. Having deduced that the Attic was where they kept their darkest secrets, DeWitt wanted Echo to see what she could find to fight them. In her view, Echo had the best chance of returning.

With little real option of refusing, Echo, along with Victor and Sierra, was sent to the Attic. There, she was plugged into the shared mindscape linking their personal looped nightmares. Echo was attacked by Arcane, a being who seemed to go around killing the minds in the Attic. But she was saved by Mr. Dominic.

He’d been hunting Arcane, trying to stop him killing. They allied, found Victor and Sierra, and ambushed Arcane. They learnt that Arcane was actually Clyde, one of the founders of Rossum.

Clyde had been betrayed by his partner, whose identity he couldn’t remember. Most of his mind had been copied into Clyde 2.0, keeping his knowledge without his ambition. Clyde had then been plugged into the Attic, which networked all the minds in all the Dollhouse Attics around the world. These served as Rossum’s mainframe.

He revealed the only person who would know his partner’s identity was a woman they’d allowed to meet with them: Caroline.

Making plans to move against Rossum, they kidnapped Bennett Halverson to help recover Caroline’s personality from the damaged wedge. When she learned who was on the wedge, Bennett refused. But Echo promised to let her do whatever she wanted to Caroline once they’d gotten what they needed.

Bennett had nearly succeeded when she was shot and killed by Whiskey, who’d been reprogrammed by Rossum.

Topher finished the wedge, and uploaded it as Rossum’s forces stormed the Dollhouse. Caroline’s memories were uploaded into Echo, and she remembered the identity of the secret founder of Rossum: Boyd Langton.

He drugged her before she could wake from the process. That made it seem like the imprint had caused side effects. He also manipulated the others into travelling to Rossum’s headquarters in Tucson to confront them. They kept the unconscious Echo in tow.

Waking in the Rossum facility, she broke free, and confronted Boyd. He said he just wanted them, who he saw as his family, to be safe with him. Allegedly, the active architecture technology was bound to trigger an apocalypse.

They refused, and Topher used a portable mind-wiper they’d started assembling from his designs on Boyd, leaving him a Doll. They strapped explosives to him, and told him to trigger them after they’d evacuated the building.

Despite taking out the head of Rossum, they didn’t manage to stop the organization’s research. Furthermore, the spread of the technology did lead to the downfall of civilization.

It started with Rossum selling new bodies as a kind of serial immortality, for nine figure sums, using their people in government to make it legal. It ended with China sending a blanket signal through mass phone calls which wiped and sent programmed imprints to large portions of the population. The signal turned them into violent animals, who attacked anyone not imprinted.

Segments of society were kept shielded. This allowed Rossum to turn Tucson into Neuropolis, the City of Minds, in which they asserted absolute control. Most cities were devastated, though. This forced Actuals, those unaffected by the attack, to band together to survive the hostile environment.

While the surviving former Dolls held up in the Dollhouse, Echo and Paul searched for a safe haven. Finding one, they returned to the Dollhouse to take the others to freedom. Caroline left an imprint of her memories behind to lead anyone who came after them.

They continued to fight a guerilla war against Rossum. After Topher worked out a way to undo the effects of the technology, they snuck back to the Dollhouse. The journey didn’t pass without incident, and Paul was killed just before they reached it. Caroline pushed her grief aside to focus on the mission.

The pulse would clear the minds of anyone with active architecture. But some, Caroline included, would stay sealed in the protection of the Dollhouse for a couple of years.

DeWitt led the others outside, intending to tend to the innocent actives left helpless by the event. Topher then sacrificed himself to trigger the machine.

Sealed within the Dollhouse, her war over for the moment, Caroline imprinted Paul’s mind into hers. This allowed them to finally be together in peace.

Serious and driven, Echo has developed her own personality by this point. Therefore, she is somewhat dubious of sharing her mind with Caroline. Now that she has a sense of self, she worries how much of that would be left if she accepts Caroline back into her head.

This leaves her guarded in her relationships with others. That remains true even in the future, when she apparently has Caroline as part of her. She’s hesitant to let anyone see the real her, possibly for fear there isn’t a real her.

She’s fixated on her crusade to bring down Rossum, destroying the technology which made her. This becomes the main driving force of her existence. It is partly for survival, and perhaps partly to give her life meaning, thereby meaning it is a life.

She still has some problems evolving at the beginning of this period. She experiences severe headaches as things settle into place in her mind. But she generally maintains the façade of still being a Doll for as long as is necessary.

“You just woke up a lot of people, and they all think you’re a bitch.”

Echo: “All of these things that happen to me, I feel them.”
Ballard: “I know, Echo. I know you remember everything.”
Echo: “Not remember – feel. I was married. I felt love, and pain, fear. It’s not pretend for me. They made me love my little boy and then they took him away. They make it so real. Every time, they make it so real. Why do they do that ?”
Ballard: “If you want, I’ll tell Topher what’s going on with you and he can fix it. He’ll come up with a way to wipe you and you won’t remember a thing. You won’t have to feel sad anymore.”
Echo: “Feeling nothing would be worse. It would be like before – asleep. I’m awake now. I don’t want to go back to sleep.”

Drawbacks:
Active Architecture (See below), MIA (Trust Handler), Miscellaneous (GPS strip implanted in the back of her neck allows the Dollhouse to locate her unless removed).

An acrobat and member of the flying Cordona Brothers.

With advanced triage skills, and a Texan twang. 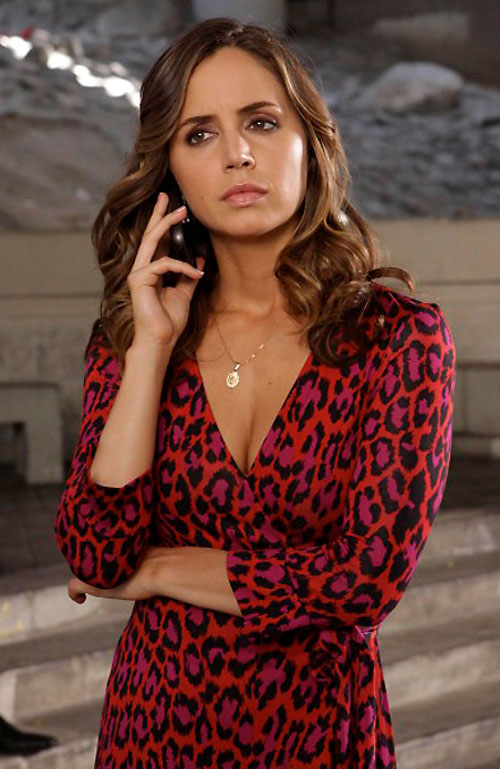 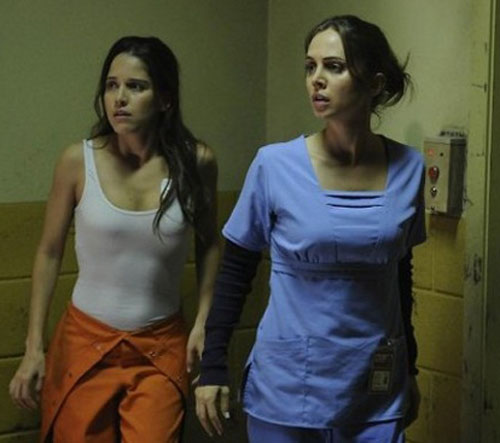 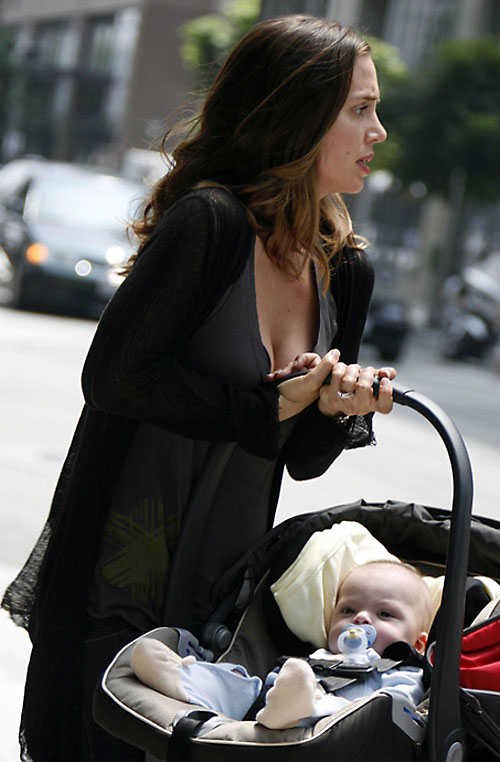 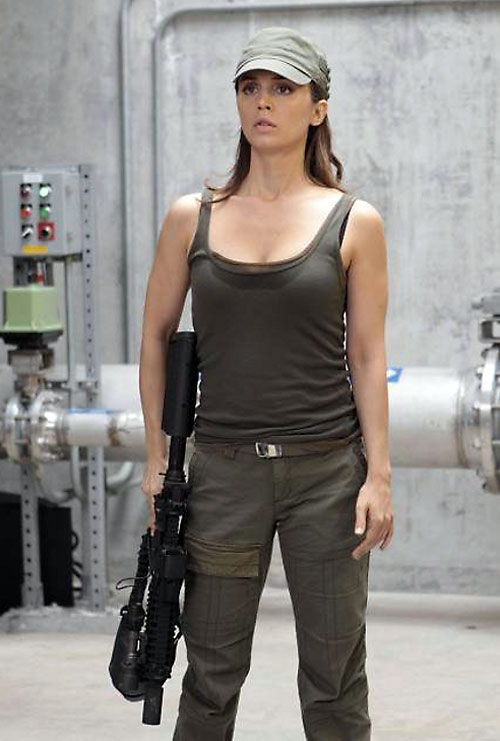