This Enforcer (there have been many) is the one wot appeared in 1974, in the back pages of Detective Comics. This is where the notable, influential Manhunter story by Goodwin and Simonson was published.

The Enforcer (Dan Kingdom) isn’t genuinely remarkable beyond that. But he’s a useful tough guy criminal to have.

Formerly a GCPD detective, the Enforcer was described by Gordon as a “Green Beret, ninth-degree black belt”. He used to train Gotham’s finest in hand-to-hand combat.

He has proved himself a superior martial artist able to engage such masters as Manhunter (Paul Kirk) in combat. He often struck killing blows (Martial Artist subbing for EV in DC Heroes, Power Attack in DC Adventures). But he was not a match for Batman.

Dan Kingdom was a friend of the pre-Crisis on Infinite Earths Batman. They worked together as hand-to-hand combat instructors for the GCPD. They may also have collaborated back when Kingdom was a police detective.

Kingdom was respected has a strong, charismatic and popular tough guy. He presumably had an impeccable military record from his Special Forces days.

However, Kingdom was corrupted by the nefarious Council. It is unclear what they promised him. Presumably a large sum of money, responsibilities and access to the immortality technology they were researching. He became a lead enforcer for them, even wearing a colourful costume. His death was faked using a cloned body left in a river in Gotham.

Agent of the Council

The Enforcer was instrumental during a Council hit. The target was an African head of state, and the strike took place right in Wayne Manor during a cocktail. Kingdom stunned the Batman with an unusual punch long enough to exfiltrate the sniper. Presumably, he took part in various other assassinations and terror schemes to keep those dealing with the Council in line.

The Enforcer was present at the Council’s H.Q. when Manhunter (Paul Kirk), his friends and Batman stormed the place. Kingdom stunned Manhunter but the Batman, having deduced the Enforcer’s identity, challenged him to a martial arts duel. Batman won.

The Enforcer was still present when the Council’s H.Q. was destroyed in a large explosion. But nobody important ever dies in those secret base explosions.

An aggressive, confident jerk who talks too much.

While Kingdom was apparently a good, all-American straight arrow before, he’s now a despicable mercenary sleazeball without a conscience.

Benefit 2 (Security head of the Council), Instant Up. 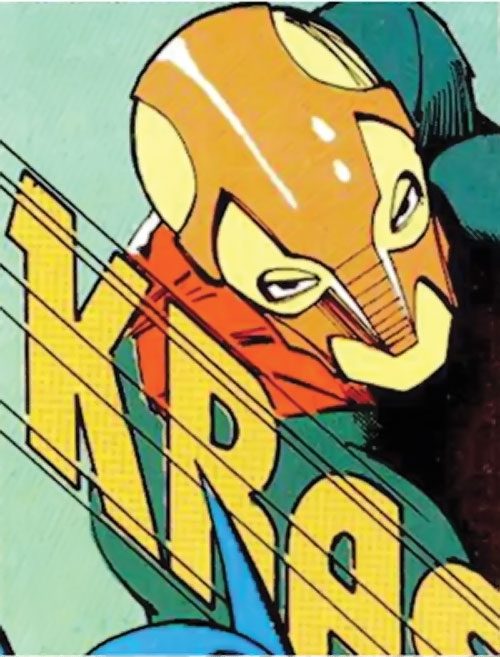 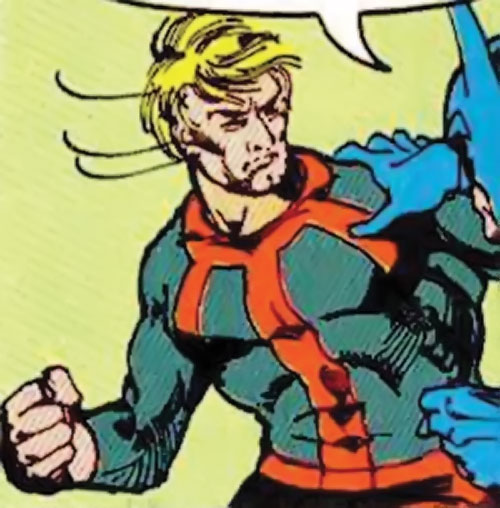