These lobotomized thugs have minimal intelligence. They have been implanted with techno-mystical probes. These trigger a constant state of rage relieved only by a spasm of ecstasy whenever they kill an enemy.

A failed attempt at developing a teleportation device opened the Earth realm to the malevolent Elder God Shub-Niggurath. He corrupted the guards and gathered his extra-dimensional forces in preparation for invading the Earth. That lasted until a lone heroic soldier breached the portals and killed Shub-Niggurath in his own lair.

The Enforcers have a hi-tech armored suit that looks like the Michelin Man rebuilt by Terminators.

Any malevolent mystical entity could seize control of a S.T.A.R. Labs teleportation experiment. These twisted mockeries of men would be the first line of defense between the heroes and the gateway to their foe’s home dimension.

Drawbacks:
Catastrophic Rage (if hit by an attack that does not come from another creature of the same type as itself, this monster will always attack the offending creature even if it is an ally)), Strange Appearance. 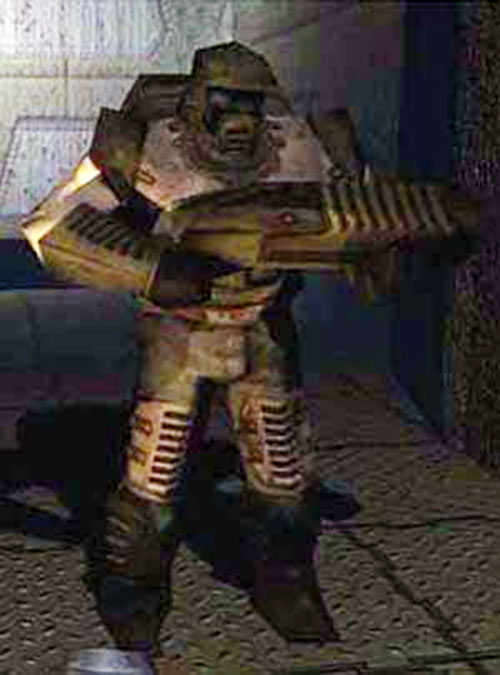 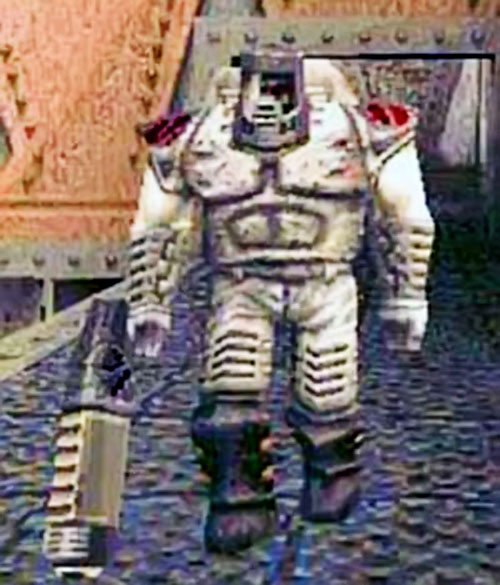