The Enterprise is, famously enough, the name for the starships used by most Star Trek protagonists. This paper is based on the NX-01 (seen in Enterprise), but the data is useful for every subsequent generation of ship, including the NCC-1701 Enterprise spaceships in the original series (“TOS”) or Next Generation (“TNG”).

This is an almost entirely technical article, about such ships in the DC Heroes RPG. The Internet is awash in more general articles on the subject, for instance on Memory Alpha .

All are at R#0 unless mentioned otherwise.

Notes:
/DEX/ represents an auto-pilot function and enables the ship to move as pre-programmed. It may not be used for auto-targetting or auto-repair, which both requires human hands.

INT, WILL, MIND and Recall represents onboard computers.

Note about ship parts (all of whom may be attacked and disabled by Trick Shots):

“Divert power to the engines !”

The ship’s power is, on occasion, diverted to its engines in order to attain higher speeds or make its lasers more powerful. The ship’s Power Reserve power handles several things, but minor alterations, AP-wise, are best represented by MEGS Pushing.

A ship’s Flight and Energy Blast Powers can be Pushed by at most 3 and 2 RAPs, respectively. A successful Pushing of Flight is active for 11-12 APs of time after which the power (or rather the engines) fails and must be repaired again (usually be the technicians, led by a Chief Engineer who often spends HPs on such feats).

Energy Blast Pushing is instantaneous and failure means that the power burns out until recovered as per standard rules.

“Transport an away team to the planet’s surface !”

However, the character can avoid such a fate by paying a fee of 15 HPs (by use of the “Altering the Game Environment” Optional rule). That allows for triggering a Subplot instead. Such as, for example, Kirk and crew getting sent to the Mirror Universe, Riker being duplicated, or Picard and crew being turned into children.

Thus, when the transporters go bad, our heroes have interesting and funny things happen to them. Whereas redshirts become the goat for this week’s gruesome special effects display.

The transporter can also be used Unskilled, but with standard penalties. Furthermore, Unskilled use automatically increases the transporters R# to 5.

The transporter needs to correctly lock onto a destination position. If such a position is behind extremely thick walls, having signal distorters (represented by Obscure) or behind deflector shields, the power might not work at all.

The transporter is only able to Teleport objects and people to destinations when its APs of Teleportation power exceed the target destinations total RV (as defined as BODY+Force Field+Obscure).

A very skilled transporter operator, such as Transporter Chief Miles O’Brien, can bypass such limitations by any of several mechanics, depending on the circumstances.

Keep in mind, though, that this depends on GM fiat. There are occasions where the limitations can’t be bypassed at all or require someone to go to the site of transport and work their magic by setting up transport enhancers or other technobabble.

Even minor obstacles such as a bad lightning storm, the negligible background radiation of a shielded reactor, or the mere presence of certain minerals nearby that aren’t even between the transporter and its target, have all been known to make transportation difficult or impossible.

Scientist (Analysis) might help the transporter understand the nature of any disturbances, and correct the teleporter’s signal, thus requiring only a successful Analysis roll before rolling Identify Gadget. A blocking force field, OTOH, might be circumvented by use of a Trick Shot maneuver, as determined by the GM, using Identify Gadget.

Other artificial fields, such as scrambled containment fields might also require the transporter to do a Thief (Security Systems) roll before continuing with transportation.

Radio Transmissions in the Trek Universe are handled through sub-space, not ordinary space. As such, all radio communication is instantaneous within APs or Range, and not limited by light-speed (29 APs) as they would be in real space.

Various cosmic anomalies disturb radio transmissions and thus might need a boost in signal strenght. Transmissions beyond the normal Range of power is also necessary, on occasion.

As the Enterprise continues its travelling sub-space relay stations are dropped at key points enabling the Radio Communications power to reach Earth beyond its ordinary range.

These relay stations are so commonplace around the galaxy, in the future era of TNG, that all Federation starships should be rated with Radio Communications 2 APs higher than during the Enterprise era, instead of mentioning these stations. TOS starships still have the same limitation as Enterprise ships.

Ships in the Star Trek universe are protected by a metallic hull and deflector shields. At the start of the Enterprise era no deflector shields were available. Instead, polarized hull platings, represented by the Skin Armor power were used. Later ships would instead use the Force Field power.

Huge vessels such as starships have the Damage Capacity power to give it many ’hit points’ but lower total RVs, exactly like a Nuclear Submarine, Aircraft Carrier and similar in the rulesbook.

In MEGS, deflector shields are represented by a combination of Force Field and Damage Capacity. Skin Armor or Force Field are usually activated automatically when the ship goes ’Red Alert !‘.

In the case of the Enterprise, for example, with Damage Capacity 10 APs, the shields would be down at 60 % when 4 RAPs had been scored on Damage Capacity. Once all Damage Capacity APs have been used up, the Force Field or Skin Armor power automatically fails, no longer providing any protection (“Shields are down !”).

Once BODY RAPs have been scored, it is considered to be a minor hull breach. As damage progresses various ship components are destroyed as well according to GM fiat. Then, once Force Field and Damage Capacity have both failed, the ship is a vulnerable sitting duck.

The ship’s Captain can use LDD with the ship’s Damage Capacity power.

An attacker has the option of performing a Trick Shot against his opponent in order to damage a specific compartment or function of the ship. Succeeding in such a Trick Shot temporarily reduces that components abilities or even destroys it.

Combat between space ships use the Dogfight rules as presented in the World at War Sourcebook or on Pg. 182 of the BoH:SE rulebook under “Optional Rule – Vehicular Combat.”

Thus, Vehicles (Space) of the pilot are rolled against OV/RV of 0 APs and the RAPs are divided on offensive and defensive maneuvers. Offensive RAPs are used as AV for all attacks, except self-aiming or automated ones. Defensive RAPs are the OV of the ship.

Substituting Flight APs for OV in combat is possible, but it is rare and demands the GM’s permission to do so. The OV then equals the APs of Flight of a fleeing ship. The APs of Flight of the pursuing ship (if both ships are matching speeds the OV is 0 or the pilot’s defensive maneuvers OV, whichever is higher).

The normal OV in space combat is the APs of the main space pilot’s Space Vehicles Subskill that he has placed on defensive maneuvers (as per dogfight rules).

Furthermore, it should also be remembered that, in the above example, the fleeing vessel is already long gone from the pursuer at the end of that Phase. This is, of course, so only because of the high Flight APs involved when the warp engines are working properly, not a general combat occurrence.

In normal combat situations all vessels usually plane out at the same AP level, though, so Flight for OV substitution does not occur often. A leader of an entire fleet with Leadership, Vehicles (Space) and Military Science (Field Command) can grant all ships under his command use of his Vehicles (Space) subskill up to a maximum equal to his Military Science (Field Command) subskill.

This has been done by Captain Jean-Luc Picard on occasions. 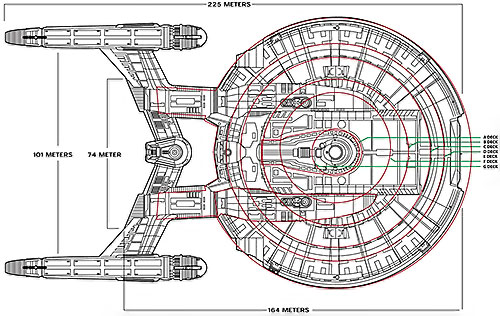 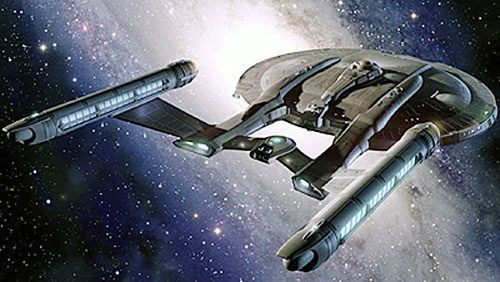 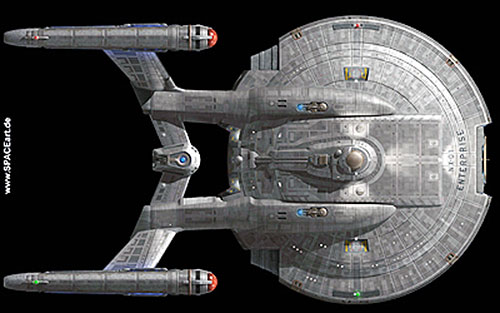