Epsilon Red (though I guess I could write it Ε, oh oh oh) is a minor Wolverine character and ex-cosmonaut.

This profile is best read after the Elena Ivanovna character profile, which has the context.

Epsilon Red is a highly trained cosmonaut, which implies a solid background in science and technology.

He also was selected for his psionicPsionics are sci-fi style psychic powers potential. Said psi ability, once fully activated :

He once made his entrance by detonating a door to bits – but never tried to blast anybody. Our game stats assume there are reasons for that.

Epsilon Red was further modified so he could live in a vacuum. And his supple extra limbs made him a natural in weightless conditions.

However, this meant that the Earth’s atmosphere was like the depths of the oceans for him. He had to wear a bulky containment suit. Said suit was later modified into a much sleeker, lighter costume.

While he has a superhuman body and is courageous, Epsilon Red is a super-cosmonaut. Not a super-death-machine of mass destruction, like the later Omega Red. He fights if necessary, but if faced with superior force he has little choice but to retreat.

However, he will then attempt a quick ambush on his pursuers – using his mobility and climbing ability to his advantage. 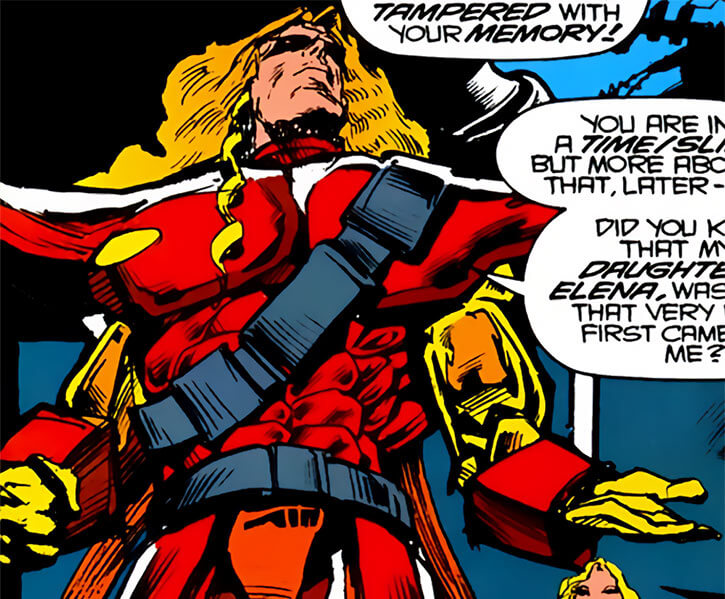 What happened to Epsilon Red after he hijacked the space shuttle is unrevealed. Yet several interesting opportunities come to mind.

The most pedestrian would be for him to hire his services as a satellite repairman, paid in supplies and spare parts. 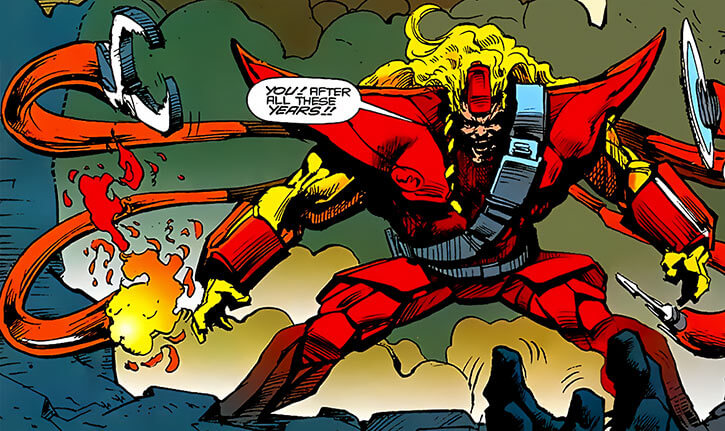 In 1968, his full transformation into Epsilon Red was likely recent. As a consequence, he was suicidally depressed over his life as a prisoner of his containment suit.

It is likely that, at this point, he had learned that he would not beat the Americans to the Moon. Which meant that his project was basically shelved. Which meant all the modifications he had endured were for nothing.

Still, his beloved wife strongly objected to those feelings. She maintained there was hope beyond her husband’s despair.

By 1992, he was well over those feelings. He accepted his fate as a debris of a dream that had failed long ago.

He appeared to be mostly concerned with raising his daughter. It seems likely that, when she became an adult, he was the one who trained her in the use of her psi powers.

Still, with Elena a grown woman, he longed to leave Earth. To finally accomplish his mission and live where he belonged — in space.

During the 1960s he sounded like your typical US comic book Communist.

During the 1990s there was a poetic slant to his speech, as well as a slight Marxist tinge.

“What are these hallucinations, capitalist assassin ? Have the imperialist warmongers sent a madman to murder me ?”

(Gesturing with his “tentacles”) “How do you think I control these ? The first prerequisite for a DNA-altered cosmonaut was psi-talent ! Do you want to know more about yourself ? […] Open your mind to a probe. Allow the blocks and implants to be excised. Free your memory from the shackles of illusion and repression ! Let me show you what really happened back in 1968.” 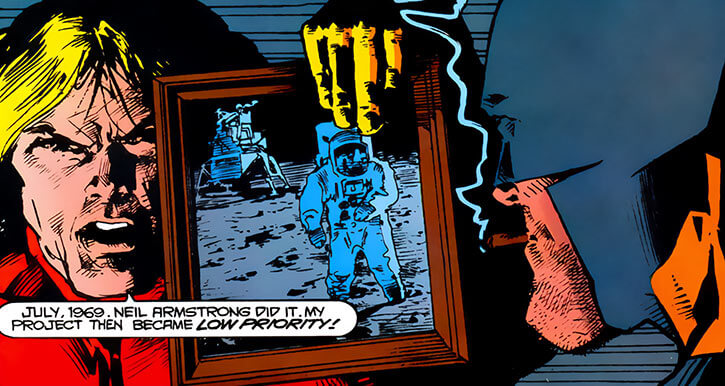 Altered Anatomy, SPR (must wear a containment suit to live on Earth).

Epsilon Red appears but briefly. So most stats are guesses.

Sharpness is a nod toward the notion that his Mind Probe can defeat unusually “thick” telepathic protections. The APs were picked to make him roughly equivalent to Professor X (and we assume that he got a good roll, unlike Chuck), but only to defeat anti-mind-probe measures.