The Eraser is an absurd-looking, obscure Batman enemy from the Silver Age  of comics. Specifically he appeared in 1966, back when the Batman TV show was airing. His campy aesthetics are not unlike those of the show.

The Eraser returned to comics during the late 2000s, but this profile was done years before that.

The Eraser is pretty unremarkable in most respects. Yet, he does seem to have a knack for creating clever gadgets.

His eraser-shaped helmet contains a special compound. It can completely wipe out all traces of evidence from a crime scene, right down to the finger- and footprints.

His shoes have razor-sharp points, and can fire blasts of knockout gas.

Lenny Fiasco was the laughing stock of his college class. He spent most of his time erasing his mistakes. The final humiliation came when Bruce Wayne took the girl Lenny loved to the school’s Winter Carnival.

Embittered, Lenny began advertising his services to the underworld. For 20% of the profits, he will use his giant eraser to wipe out all evidence from the scene of a crime.

Lenny is an average-looking fellow with crew-cut blond hair. As the Eraser, Lenny wears a suit that makes him look like a giant pencil, with an eraser-shaped helmet and pointy black shoes.

For the most part, Lenny is a pretty sharp customer (no pun intended). He has set up a good racket for himself. He’s not interested in committing robberies himself, as long as he can get rich aiding and abetting others.

But he still holds an intense grudge against Bruce Wayne. If he has a chance to capture and kill Wayne, he’ll drop whatever he’s doing and go for it.

“Don’t take chances ! Let The Eraser erase every clue from your crimes !” 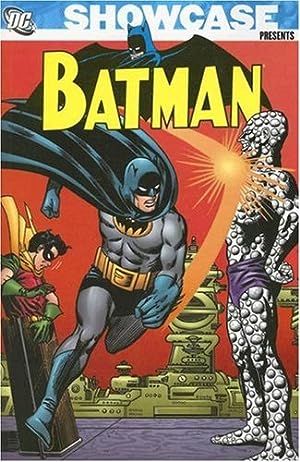 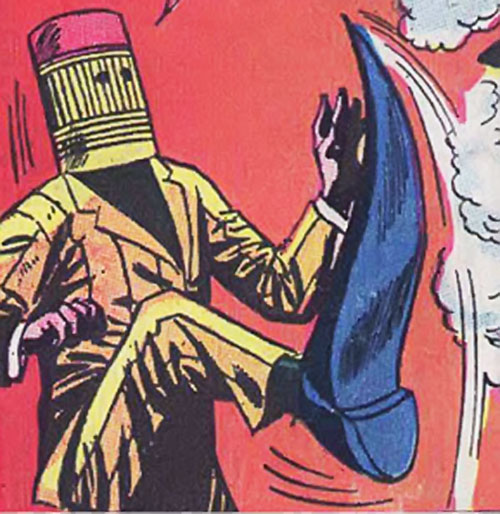