These peculiar fellows were in a 1970s kungfusploitation DC Comics, Richard Dragon Kung Fu Fighter. It made more sense back then but… not that much really.

They have a profile mostly because of the “wait, what ?” factor. I can’t think of a RPG campaign that wouldn’t be improved with them. Yep, even that one.

They wear super-sharp ice skates, both to deliver deadly bladed kicks and because they usually operate on ice that has been treated with the Ice-10 compound. Ice-10 makes ice 10 times as slick as ordinary ice, making it impossible to stand. It is presumably a reference to Ice Nine .

Look – do you really want to know about a story with “Eskimo karate killers” with murdering skates ? Seriously.

They worked for Professor Ojo.

Fearsome killers, training in their special fighting arts all the time. They are relentless in their murderous assaults.

Furthermore, people trying to move will have to fight prone, with a -3CS to their OV/RV. People standing up and not moving will just have a -1CS OV/RV and very restricted moves (although Dragon somehow managed to jump up without cracking his skull). 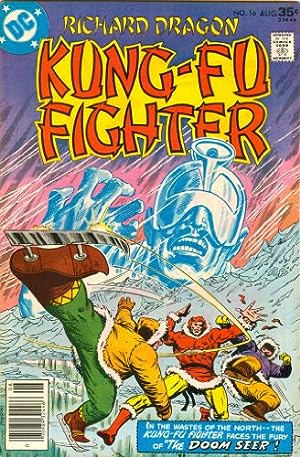 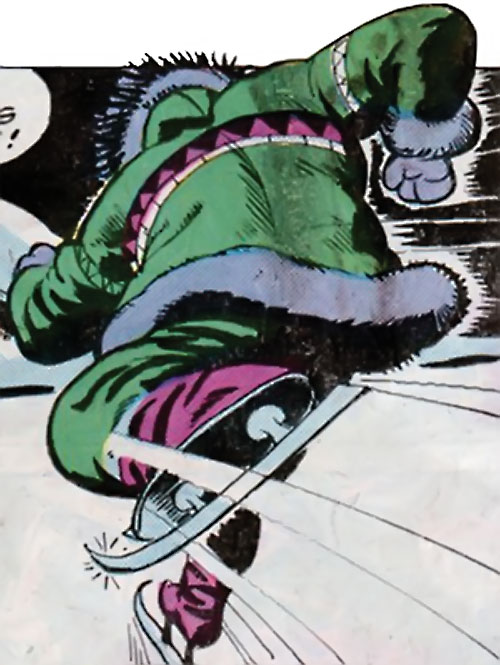