This profile is meant to be read right after the Marion Duval character profile.

Like with Marion’s profile, I’m only writing about the first ten years (and seven Graphic Novels) of the series.

Esther is smart, well-educated, well-read, multilingual, gorgeous, tasteful, charismatic and collected. Are you ?

She seems familiar with the underworlds through Europe, the Mediterranean and the Middle East. She thus can locate reliable criminal contractors, fixers, fences, etc..

Whether she has criminal field skills is unclear. We assume for game stats purposes that she excels at planning and casing heists. 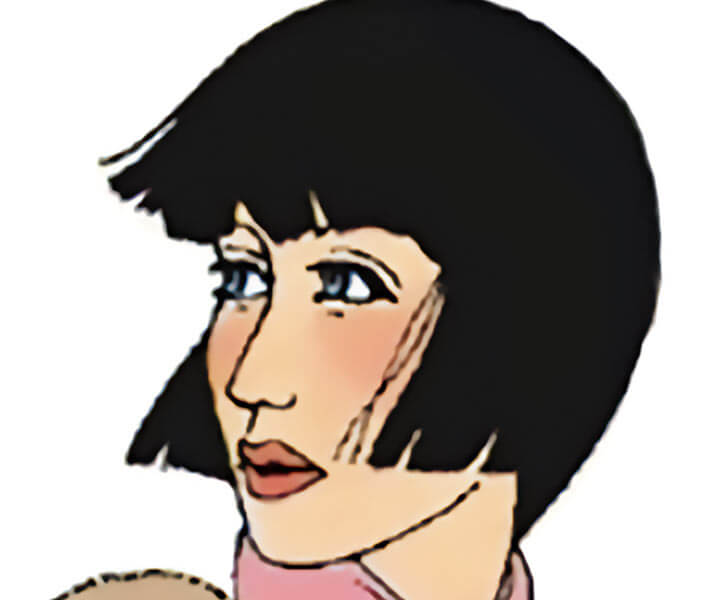 Esther seems particularly interested in ancient Mediterranean history. She can read hieroglyphics, seems to be a solid Egyptologist, and is knowledgeable about Ancient Greek mythology.

Her other skills include pro-level dancing, light helicopter piloting — and undoubtedly others.

Esther sometimes hires a professional thief and thug called Delroc. He clearly has an unspoken romantic interest in Ms. Babakina, which makes him reliable.

One of her bases also was patrolled by a pair of attack Great Danes.

Seems obvious to me, given the character.

Ms. Babakina presumably was part of a specific sort of XXth Century heimatloss  Russian émigrés  . These were highly educated, remarkably multilingual, and a fair few were francophile  .

She considers herself as belonging to no nation. She has lived throughout Europe and the Middle East.

As a teenager, she was a dancer – perhaps doing Russian-style ballet. At 18 she married a violinist, Boris, whom she performed with. Though they had a son, Boris soon vanished.

(The Background block in this entry *assumes* that Boris was Mr. Babakin. But this may instead be Esther’s maiden name.)

His name is Prince, the one and only

At age 20, Esther married Prince Melcar, the handsome ruler of “a tiny country” (presumably one of the Emirates). But he soon became cruel, fat and odious.

Esther couldn’t leave as long as her son Philibert was too little. She fled during an armed insurrection, but from then on had to live in hiding and on the move.

She rented a series of large, isolated properties in several countries. Her income apparently came from stealing big-ticket works of art, which implies that she’s connected with high-end fences. Or perhaps one billionaire collector.

Ms. Babakina’s third, brief marriage likely took place after she fled. This man was an Egyptologist.

During this marriage she read a papyrus mentioning that a great treasure was hidden within a blue scarab. She located said jewel, and sent her hireling Delroc to steal it from the Louvre  .

The smash-and-grab op ran into a snag. Esther therefore had the Duvals kidnapped to get the scarab.

Oddly enough, the Babakins and the Duvals became friends. Esther even fell in love with the thoroughly banal Alexandre Duval.

From there, the path of the two families would often cross. 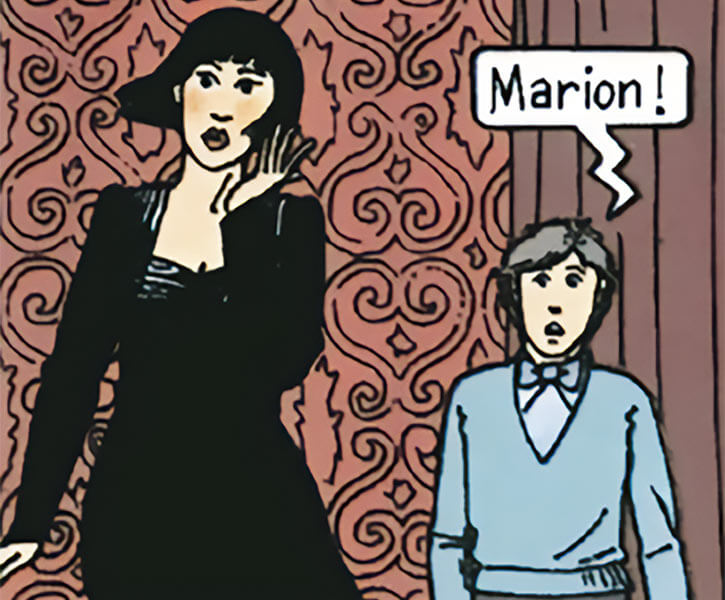 Beyond her beauty, she has a strong stage presence and fine body language control. In the right circumstances this allows her to dazzle a crowd like a charismatic star. 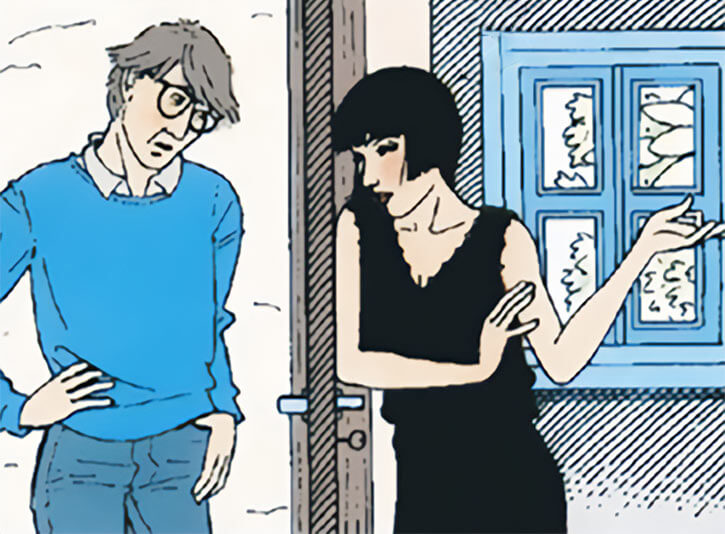 Esther once justified stealing the panoplyFull fighting equipment of an Ancient Greek warrior of Odysseus on the basis that her emotions and appreciation of these relics would be truer than a more institutional owner’s.

Esther employs criminal means to fill her pockets. But she’s not entirely willing to resort to violence and other major crimes. If her plan implies using intimidation or violence, she’d rather not hear about how it went.

Esther considers herself as belonging to no nation, and doesn’t acknowledge any law. Maybe she stans Bakunin.

She generally hits the Sultry Underworld Queen tropes from late pulpsCheap, often lurid novels in the US during the 1920s and 1930s novels. But in an oddly relaxed, easy-going manner.

Her thefts are to live in style, enjoy beautiful things, have some fun and care for her beloved son. She has no special ambition beyond that.

She also behaves in a composed and elegant manner in nearly any circumstances. Esther doesn’t run to her getaway helicopter as police invade her hideout. She walks there calmly while holding her son’s hand.

Esther Babakina could easily be related to the likes of the Tigress, Lynx or Margo Lane. Same energy, as ’em young folks say.

In the Marvel Universe, she’d be a natural as a Red Room graduate.

She could also be a parallel-universe version of Catwoman. She does resemble the cinematic version played by Anne Hathaway, for starters.

Stats are mostly arbitrary, given the material.

STR is lowballed to mark being a noncombatant. By contrast, her INF and AUR are particularly high for the genre. Normally, people have 02s and 03s.