Evil Eyes are magical creatures, who float a few feet off the ground and have keen eyesight. How they manage depth perception is unclear, and is likely achieved through magic.

Being basically giant, monocular eyeballs, they can safely be assumed to perform many functions of a living being (such as eating and drinking) using magic. It is also possible that they have fewer needs than more conventional living beings. One researcher has asserted that Evil Eyes do not eat or drink, but do sleep.

Most Evil Eyes are proficient casters of enchantment magic. Their spells are not too different of what one can learn in, say, the Erudin school of enchantment.

Their spells are thus mostly concerned with affecting the mind and the meta-manipulation of magic. They can :

Enchantment magic makes Evil Eyes vicious opponents. Especially if they can find a physically robust but mentally vulnerable subject among their enemies – and magically enthral them. Though they couldn’t quite use illusions in vintage Everquest due to the game engine, such spells could be quite potent and deceitful.

As practitioners of enchantment magic, Evil Eyes can summon what enchanters call an “animation”. Animations are invisible guardians, which are not entirely physical. But they do come with a summoned shield and sword that are fully material and visible.

Animations thus look like a shield and sword floating by themselves in the air in a combat-ready position, faithfully following the enchanter. One gets the impression that the creature holding these weapons is about dwarf-sized.

Though animations are loosely comparable to other guardian conjurations (such as the elementals used by mages, or undead servants animated by necromancers), they are much less powerful and have little to no intelligence. All they can do is attack whatever is assaulting their master, and this is usually chiefly useful as a delaying measure.

Evil Eyes are not a common species by any means. Yet their magic allows them to play a role in the affairs of the world. Some sages think that they came from another plane during the Rallosian War. Other think that they are the product of an horribly failed experiment by a school of enchanters.

Both hypotheses seem unsubstantiated, though. They may be best treated as musings.

Evil Eyes are chiefly present in Antonica. The majority of Evil Eyes have been encountered in a specific portion of the Serpent’s Spine mountain range.

This area is named King Xorbb’s Gorge . It is a large maze of canyons that extends from the foothills of the Spine to the very entrance of the goblin citadel of Runnyeye. The Gorge thus lies between the immense Plains of Karana and the Misty Thicket.

The area has been called by some Beholder’s Maze.

These rocky, semi-barren canyons were traditionally dominated by tribes of brutish minotaurs. These often warred with minor, primitive earth elementals called muddites. Neither race had any political importance. Furthermore, both had to be wary of the frequent patrols from Runnyeye, as the ambitious goblins asserted their status as a local power and killed trespassers.

Evil Eyes led by the nigh-mythical King Xorbb established themselves in the Gorge early on during the Age of Turmoil. They even built a sort of throne for Xorbb using mesmerised labour from the locals. Living deep in the Gorge, this realm of Evil Eyes never really expanded, presumably due to their lack of numbers.

Their organisation remains unknown. They could be some sort of tribe, or nation, or entourage/court… Or perhaps even a school – in either sense of the word. 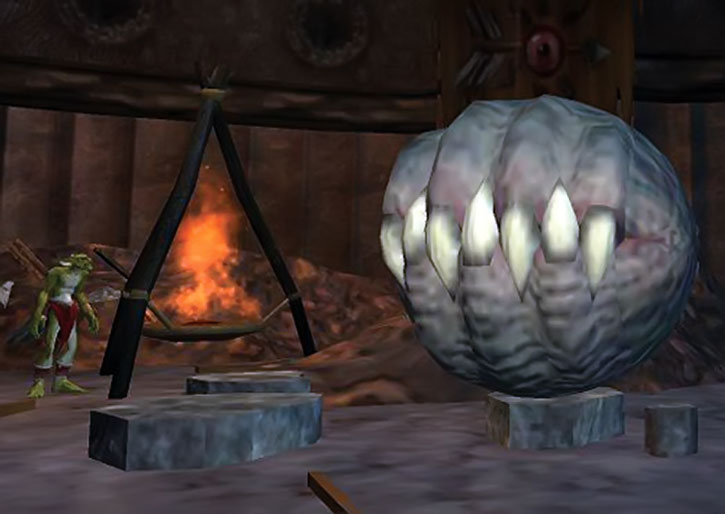 Friction ensued with the aggressive Runnyeye goblins . That was in part because of the goblins’s lack of success in conquering the whole of the Misty Thicket on their Eastern border.

The goblins were even less successful than against their Western opponents. Many of their patrollers ended up mind-controlled by the floating orbs. Then the Evil Eyes took over several ’neighbourhoods’ of Runnyeye, controlling hapless goblin peons to become their labourers.

The situation eventually became stalemated. But some of the upper Runnyeye levels were now firmly Evil Eye turf.

Late in the Age of Turmoil, the more competent Pickclaw goblin clan stormed Runnyeye. They deposed the Runnyeye clan. Surprisingly, they also managed to defeat and enslave the Evil Eyes through unknown means. They turned the former masters into their servants. Many Evil Eyes were killed or fled during this battle, leaving but a handful free in the Gorge.

The lower corridors of Guk

Older, more potent Evil Eyes were also spotted during the Age of Turmoil in the lower levels of Guk . They worked in close alliance with the Froglok ghouls. Their provenance and goals remain unknown.

It would seem that they had some sort of alliance with the undead troll warlord Ykesha. Ykesha is the one responsible for the curse of undeath that ravaged the Froglok underground fortress for decades. Eventually, the last living Froglok forces were forced to abandon the ancient city to the ghouls.

Some particularly hardy Age of Turmoil explorers made it out of the lower levels of Guk alive. They noted that the Froglok ghouls seemed to consider the Evil Eyes there as great lords or even gods. Yet the Eyes couldn’t care less about the undead.

This makes a direct alliance of Evil Eyes with Ykesha an even stronger hypothesis. Furthermore one report mentions an Evil Eye who may have been a necromancer.

Evil Eyes are not quite floating eyeballs. There’s actually a sort of exoskeletal frame holding the giant eyeball. This bony structure is reminiscent of a jaw. When an Evil Eye is killed the “jaw” unclenches and disgorges the eyeball. The bony structure also holds an eyelid.

It has been established that the size of an Evil Eye was directly proportional to its magical puissance. However, there are exceptions. These exceptions might be illusions intended to deceive those who believe themselves knowledgeable about Evil Eyes.

Evil Eyes seem to be scheming and quite intelligent power mongers, with something of an evil and sadistic nature. They work very well with other Evil Eyes and even non-Evil Eye allies.

Though they are inspired by a classic Advanced Dungeons & Dragons creature — the beholder — Evil Eyes have an unusual, perhaps even disconcerting, appearance. Their abilities as Everquest-style enchanters are also unusual, to the point that “a small band of Evil Eyes invades a place” is a perfectly good super-hero scenario seed.

Evil Eyes easily fit in the magical side of most super-hero universes. In the DCU they would be closely aligned with either Order or Chaos, and might be a faction on Gemworld. In the Marvel Universe they could easily be from the Dark Dimension, with some being part of Dormammu and/or Umar’s gubernatorial staff.

In the CGW, some Evil Eyes would have fought King Tiger, being demons. And so on, and so forth.

One or two Evil Eyes could also easily be henchmen, advisors or somesuch for an evil mystical villain.

Amazing how you can / See right through me

A typical animation guarding a typical Evil Eye enchanter has the following stats: DEX 04 STR 02 BODY 04, Weaponry (Melee)*: 04. It has an Initiative of 004, no HP, and is equipped with a basic broadsword [BODY 04, EV 04] and a MEDIUM SHIELD [BODY (Hardened Defenses) 05, EV 03, Recommended STR 02, Note: OV/RV bonus when using the Block Manoeuvre is 2 APs, Note: the OV bonus for the Shield Cover Manoeuvre is 2 APs].

Unlike a Pet, an animation cannot be ordered to do anything but to follow and defend its master. But it can also be dismissed and conjured back, and a destroyed animation can be conjured anew (with a new shield and sword) as if nothing had happened. They are thus best treated as Gadgets, since Pets are much more flexible and capable.

Since animations cannot be told to drop their weaponry, they do not have the Invisibility power. Their gear ensures that they are always visible. 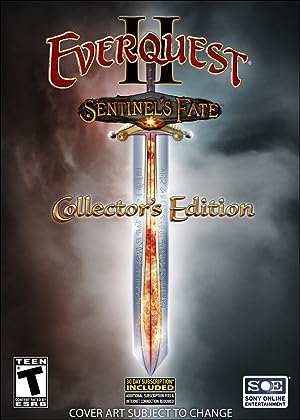 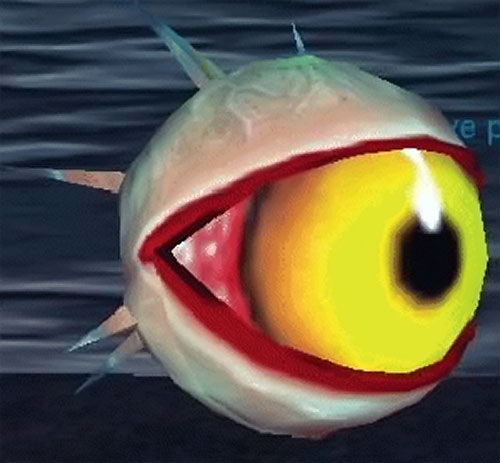 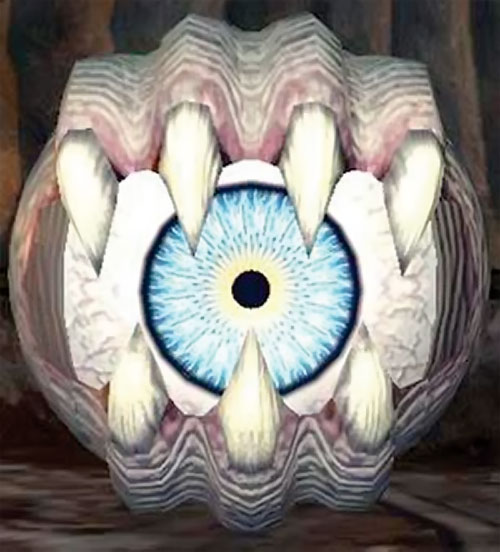