Evo is a Gen-Active 2nd generation. He was given the synthetic Gen-Factor compound that Ivana Baiul designed to give powers to her Guinea pigs.

He can shape change into three distinct humanoid/animal forms :

Either Evo joined the I.O. training program or went to juvenile detention. He started hitting on Rachel right from the start and got his ass kicked. He manifested at lunch time, simply turning into the saurian form to devour his meal. Then, he jumped on Rachel for the dessert. She KOed him with a diamond hard fist in the face. 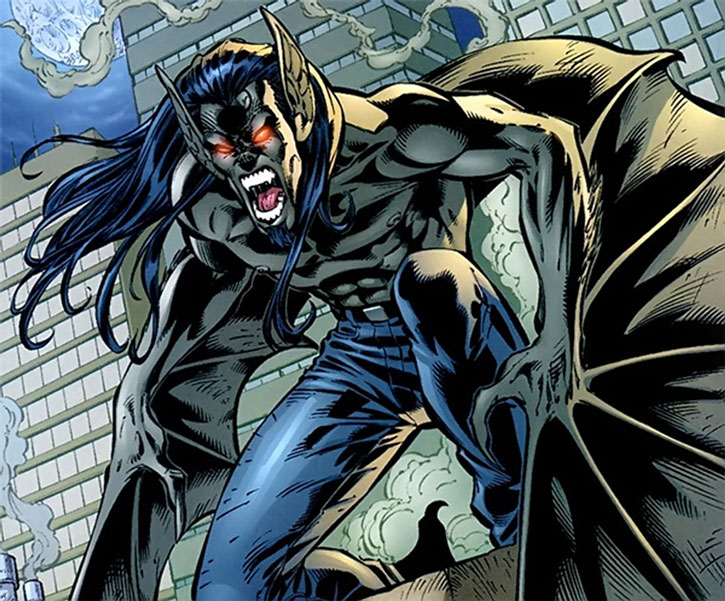 His abilities made him the obvious choice for the team’s scout. As the only flyer, he’s also a tactical asset for delivery and extraction.

During his wandering around with Frostbite, they often ran in contact with outcasts like homeless or drug addicts. In spite of his fierce instincts, Evo always showed sympathy for those, as himself, toward whom life has been a bitch.

He is also the perfect candidate for Bliss’ sexual games. She turned him into her puppy, which resulted in Freestyle dumping him shortly after they started having a relationship.

He has long black hair. Even in his more human form, his skin is greyish, his ears pointed and his mouth has fangs, giving him a wolf-like appearance. He dress in blue jeans, black leather jacket and sport shoes (or bare feet while transforming). He has numerous earrings on both ears.

Evo is profoundly affected by the animalistic instincts of his various forms. As his favored one is the wolf, he constantly displays canine behavior (like howling when he sees a beautiful chick or marking his territory all over the place).

“I tell ya, man, we’re mushrooms. Keep us in dark and feed us crap. Mushrooms.“ 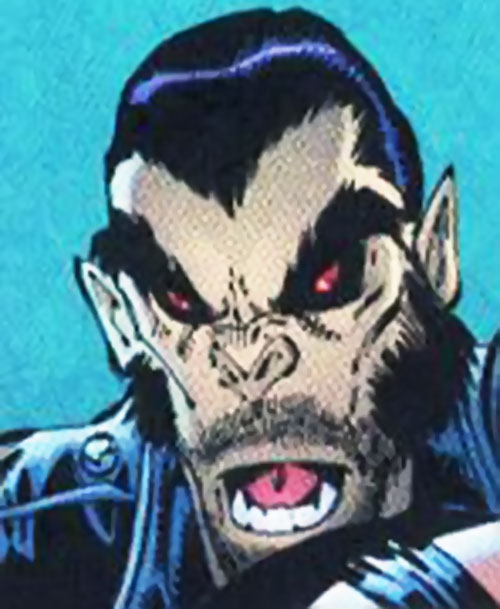 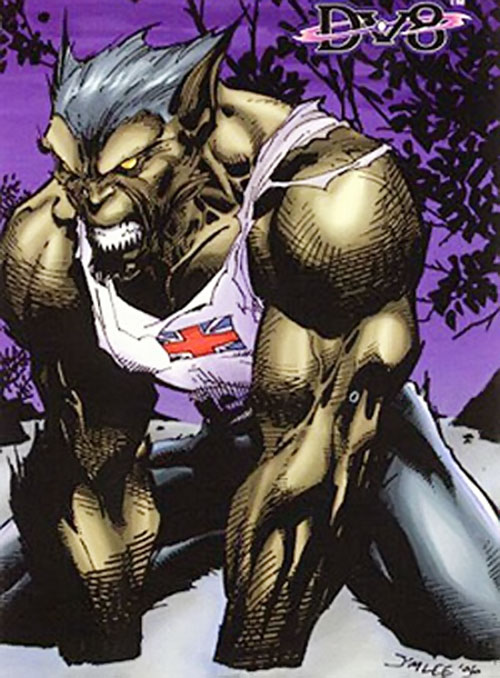 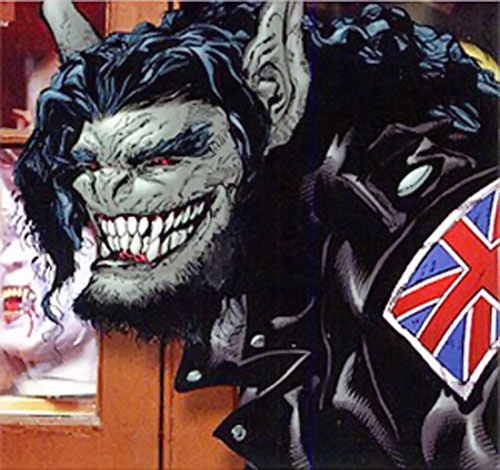 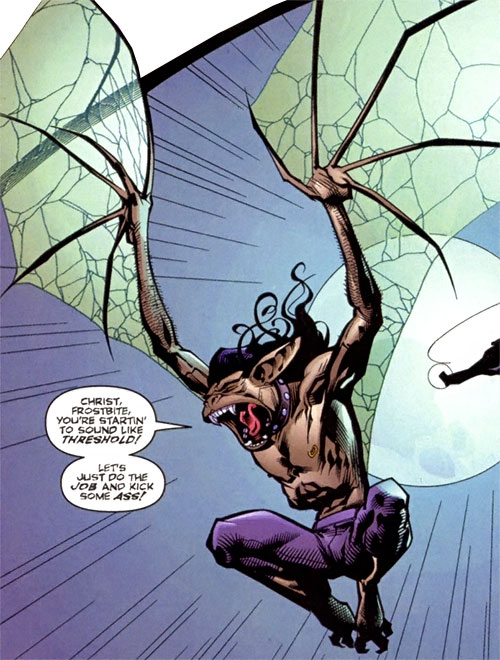