Excaliber is a well-trained, strong knightly type. Through concentration, he can mentally consult the person he’s possessing – for instance to learn about the modern world. However, if he’s not holding the sword the possession will cease within a few seconds.

He can enhance the speed, accuracy and strength of the man he possesses. Excaliber is thus in the same superhuman ballpark as Spider-Woman (Jessica Drew) during her early career.

The sword is magically reinforced. Furthermore, it can :

During the VIth century, leading evil mage Morgan Le Fay enchanted a sword. It was a trap. She expected her half-brother Arthur to make it his weapon, and the magic sword would then kill him. But that didn’t work, and the sword was shattered.

Dogged as ever, Morgan later reforged it and added enchantments. If the blade were picked by a man without any compassion, the enchantments would alert her and go online. How many times this occurred is unrevealed.

By 1978, the sword was kept at the British Natural History Museum . It was misidentified as “Excalibur”, which led to it being displayed stuck into a fetching boulder.

1978 is when sordid, murderous thug “Slapper” Struthers broke into this museum. A nearby encounter between Spider-Woman (Jessica Drew) and the constabulary gave him an occasion to seize the sword and run. He meant to fence it.

But the sword immediately lit aflame, and the astral spirit of Morgan cheerfully turned Struthers into her catspaw. She shoved the spirit of her long-since-dead knight Excalibur into Struthers, trapping the thief into his own body.

Excaliber apparently killed several cops, and blasted Spider-Woman as she protected the beleaguered bobbies. But Morgan, in constant telepathic contact with him, ordered Excaliber to move on toward his real target. Yet the first possession didn’t last enough to achieve much, and Excaliber vacated Struthers’ body.

Struthers was left alone for a short while. He was confused and thought he was having nightmares, but the transformation was then forced again upon him. However, Excaliber was also confused by the modern world. Thus, he smashed a subway train which he thought was a dragon.

Irritated, Morgan ordered him to draw from Struthers’ mind to understand the world around him and progress faster. After doing so Excaliber left the Tube , unhorsed a police officer, enchanted the horse and galloped away.

This time he could locate Morgan’s enemy, Magnus, while the possession was still active. But Spider-Woman was present and attempted to stop the evil knight.

Excaliber managed to repeatedly repulse Spider-Woman, and reach Magnus. While the two men were busy uttering their pseudo-Shakespearean imprecations, Spider-Woman grabbed a spear and hurled it, disarming Morgan’s agent.

Within a few seconds the possession was broken. Drew flattened Struthers with one punch, and left him for the police to find.

Spider-Woman would clash with Morgan and her servants many more times, but Excaliber wasn’t clearly seen again. Howbeit, we can’t exclude that he was a face in the crowd (or, more likely, under a helmet) during scenes where Morgan Le Fay was escorted by evil knights.

Furthermore, Will U of Marvunapp also suspects  a discreet return in Avengers Vol. 3.

What a strange person.

The headgear is especially… atypical. Perhaps it was inspired by Eternal body armour ?

He’s not the sharpest sword on the rack, but he’s a dutiful soldier. And he’s eager to unquestioningly serve Morgan. However, he’ll tend to call upon Le Fay’s help whenever he has a problem, which annoys her.

He does pompous, interminable pseudo-Shakespearean speeches about how mighty he is, how Morgan is the best witch ever, how their enemies should tremble in fear, these things.

“The maiden strikes again ? I thought you had learned your lesson ! But, if you have not… then let Excaliber sing its death-song once more !”

(This quote has been adjusted, since the dialogue erratically jumps from “Excaliber” being a man (“his”) to being an item (“its”). But heh, perhaps it’s a clue about their nature rather than a mistake caused by self-editing. P.S.: don’t self-edit.)

Drawbacks:
MIA toward serving Morgan, Loss Vulnerability (Excalibur’s Physical Attributes likely are magic that could be dispelled to bring him back to 04 across the board, but this is is a guess).

Claws gets used but once, even though it was devastating. This modelled in part by the Mystic Blast having a much better AV, but having a more heavy-handed “cooldown” Limitation as well helps rationalise this lack of use.

It’s presumably held in reserve for when a key opponent is stunned.

My intuition is that the sword can kill the wielder through some sort of poison spell. Presumably Merlin was able to detect and counter it, saving Arthur. 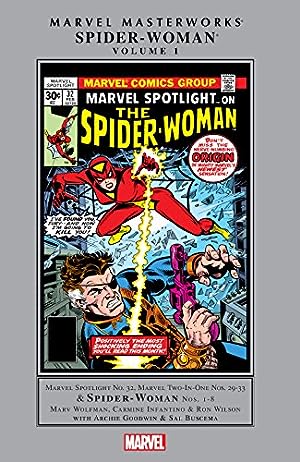 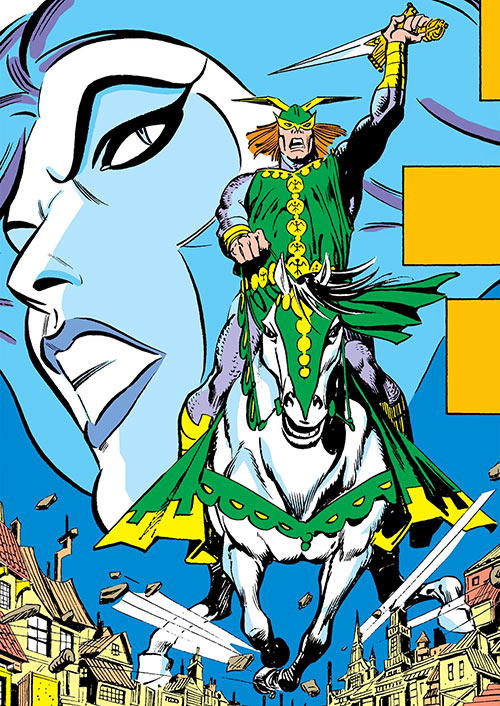