Sinister’s alterations to N2’s genetics had given him two abilities that Namor lacked :

Some observers have suggested that N2 was rereleasing water absorbed by his dehydration power. But it should be noted that his water blasts had a much greater volume of fluid than N2 could have possibly absorbed from his target.

N2 swiftly disposed of two powerful heroes, Namor and the Human Torch (Jim Hammond). However, it should be remembered that his powers were particularly well matched to those heroes’ weaknesses. He also very likely expended all of his Hero Points  at the start of the battle as he sought to demonstrate his worthiness and power.

These factors plus the reduction in Physical Attributes he would have suffered from being out of water explain why he did so well against his first two superhuman opponents only to do so poorly against the less powerful but highly skilled Captain America.

While the mutant geneticist Mister Sinister was working with the Nazis during WWII, he witnessed Namor attacking a German vessel. The Nazi supervillain Master Man ambushed Namor during the battle, stabbing him in the back with a spear.

Inspired by the thought of experimenting with the genetics of such a powerful specimen, Sinister took the opportunity to gather a sample of Namor’s blood from Master Man’s discarded spear. He acted while Namor was distracted defeating the Axis thug.

Returning to his lab, Sinister used the blood sample to grow Experiment N2, a modified clone of Namor. N2 apparently had all of Namor’s abilities plus additional powers added by Sinister’s alterations.

By coincidence, the Invaders attacked Sinister’s facility shortly after he had finished creating N2. Sinister went to release N2 from its gestation tube. But the clone had already burst free and gone to prove itself in battle.

At first, N2 did well against the Invaders. His dehydration ability quickly rendered Namor unconscious. His powerful water blasts easily subdued the Human Torch. He then faced off against Captain America.

The fight ended quickly and not at all in the way that N2 or Sinister anticipated. Captain America easily dominated the fight due to his superior agility and combat skills, ending the fracas with a rough backhand blow using his shield that apparently snapped N2’s neck.

After witnessing the unexpected defeat of what he considered his greatest creation to that date, Sinister learned a valuable lesson. Never underestimate the possibilities of the unexpected.

As a clone, N2 greatly resembles his progenitor Namor. He was a tall, broad-shouldered, slim but muscular White male with a patrician face, arched eyebrows, pointed ears, and white-feathered bird wings protruding from his ankles. N2 even wore his hair in the same slicked-back flattop as Namor.

There was one prominent difference can be seen in N2’s eyes, which glow a solid bright red.

Likewise, when N2 uses his unique power to draw moisture from others, jagged lines of glowing red energy would radiate along the skin of himself and his victim from their point of contact. The effect looks like glowing lines of electricity or veins traced along the skin. This effect ceased as soon as N2 stopped using this power.

Since N2 burst out of his gestation tube and promptly raced into battle, he was unclothed during his single appearance. One assumes that if he had survived his first battle that he would have worn attire similar to Namor’s. With enough coverage to satisfy the requirements of modesty while remaining sleek enough not to hinder movement.

Little personality was evident since N2 was only briefly active. He seems to have his “father’s” overconfidence, charging into battle against unknown adversaries at a whim to test himself.

N2 never speaks, which adds to his intimidating air.

The Ultra-Humanite acquired tissue samples from both Neptune Perkins and Tsunami of the Young All-Stars. In combination with techniques used to create other Nazi superhumans, the Ultra-Humanite attempted to grow a powerful new host body for himself with immense strength and durability, the ability to survive underwater and to control water.

The result was N2, who was grown in the final days of WWII.

As Nazi Germany fell and the assembled Allied superheroes swept through Europe, the Ultra-Humanite’s labs were raided by an ad hoc team formed by Neptune Perkins, Firebrand II, and the Americommando. N2 was awakened during the attack and went out to fight the heroes. He defeated Perkins and Firebrand before perishing in combat with the Americommando.

The Ultra-Humanite abandoned the lab and the genetic materials used to create N2, more concerned about escaping than trying to recreate that particular host body.

Advantages:
Slowed Aging, Miscellaneous (If N2 is immersed in water after his Gradual Loss Vulnerability has set, he automatically gains a Recovery check; this can only be done once per scene).

N2, like all Atlanteans, has an almost mystical connection to water, and is diminished when he is away from it. He also has peculiar limitations as a mutant. The effects are the following:

This writeup assumes that N2 shares the same connection to water as Namor, though this has not been confirmed. 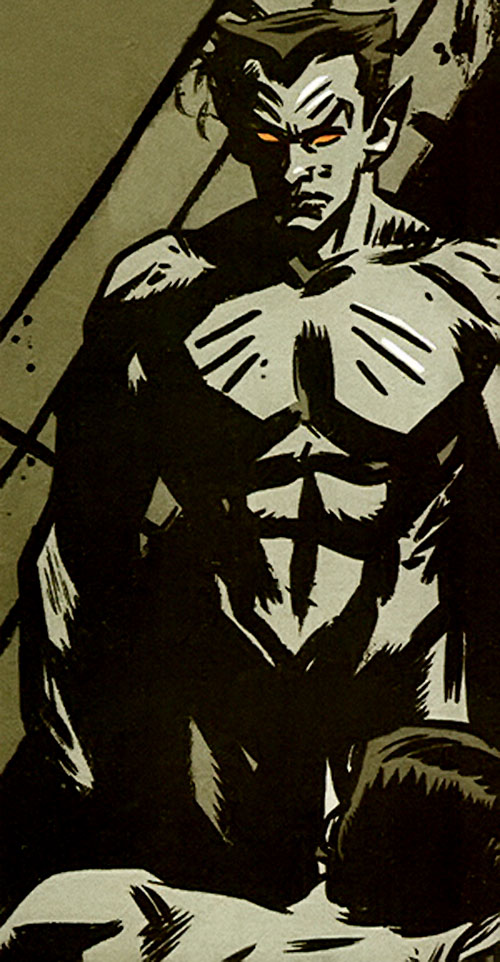 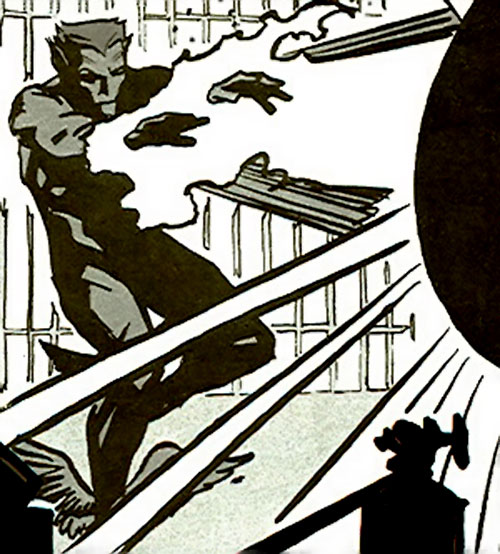 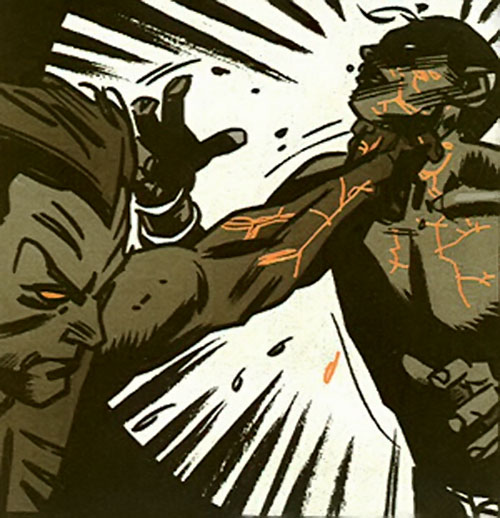