This Exterminator appeared in a 1968 Daredevil storyline. Like many Daredevil foes back then, he wasn’t particularly memorable – it was Gene Colan’s art that was most of the book’s drawn. Still, his technology was interesting.

The Exterminator would then return as a different, more striking character — Death-Stalker — in 1974. This identity is much better-known than the Exterminator one.

The Exterminator is your typical mad, criminal scientist. He invented the awesome T-ray.

This invention supposedly destroys the timestream of one specific individual for a set duration – by default, 30mn. The individual ceases to exist for that amount of time. Once the duration is over, the individual resynchronize with normal time and reappear. But —in several cases, resynchronization failed and left the subject on the second layer – see below.

In practice, the target is projected into a tiny limbo -like dimension . In DC Heroes RPG terms — it lies 1 AP away from the Earth dimension. All the people who had been hit by a T-ray projector in New York appeared close to each other, so the size of the dimension is probably smaller than half a football field.

There are two layers in this “T-stream”. The main layer looks like floating/falling in a ribbed, translucent green hose snaking through a blank expense. Small, immaterial black spots stream along within the hose.

The second area can be reached either by detecting a weakness in the tube (those have, in DC Heroes terms, Invisibility: 06) and pushing through it. Or if resynchronization fails after the banishment is over.

Tear free from the T-stream

In both such cases, the individual can see the real world around them. But they cannot interact with moving objects, such as most living beings. They are, in practice, invisible and intangible.

Somehow, it is possible to get out of this state and resynchronize. This is done by interacting long enough with an object moving at a constant speed. Daredevil managed to grasp the rotating axle of a car with his cane, and be dragged by the car at a constant speed until he emerged in the real world.

Yes, that doesn’t make any sense. So assume any wacky idea will work to get out of the second layer, as long as there is enough techno-babble to accompany it.

Phillip Wallace Sterling is the last son of an old, wealthy, and prestigious family. It is not known why he turned to crime. He conducted his first known criminal activities during the late 1960s, under the alias of the Exterminator.

In this role Sterling was the costumed mastermind behind crimes committed by the original Ape-Man, Bird-Man, and Cat-Man. This trio was also known as the Unholy Three. 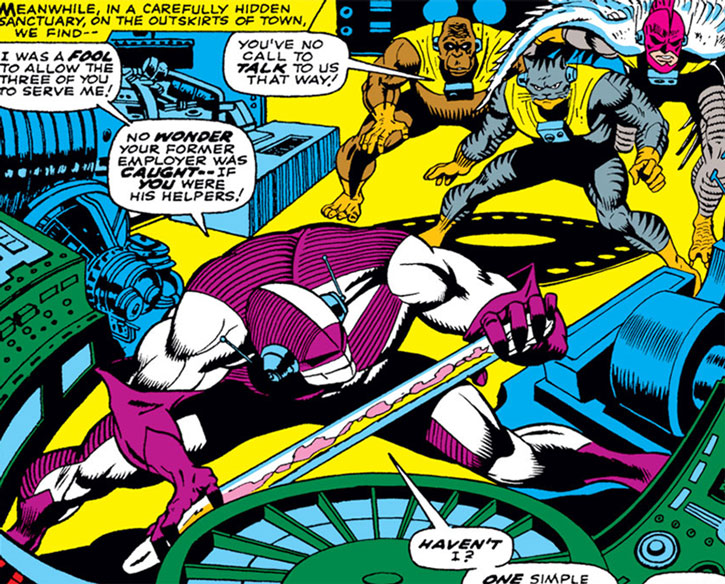 The Exterminator developed a “time displacer ray” or “T-ray”. It could banish a person or object from his own dimension for a duration of his choosing. The Exterminator claimed that the ray projected its target into another “time continuum,”. But actually, the T-ray projected its victim into a limbo-like interdimensional void adjacent to normal reality.

The Exterminator wished to create the impression that he and the Unholy Three might have actually disintegrated their victims with their portable “time-displacement guns”. This is why he chose the nom de crime “Exterminator.”

His plan involved robberies. That, and getting rid of Foggy Nelson before he could be elected DA and threaten the Exterminator.

During a brawl, Ape-Man exiled Daredevil (Matt Murdock) to the void with his displacement gun. Daredevil used his powers and skills to escape through a dimension warp. He then tracked the Exterminator and the Unholy Three to their lair.

After defeating the four, Daredevil blew up the Exterminator’s main displacement machine. He used the explosion to fake his own death. Or rather the death of his imaginary brother Mike – long story.

But the explosion irradiated the nearby Exterminator with an extraordinary amount of the dimensional-displacement radiation. And thus he would be back – as the ominous Death-Stalker !

The Exterminator is both a mad scientist in love with his invention, and a threatening maniac. He :

I think he has issues.

“I was a fool to allow the three of you to serve me ! No wonder your former employer was caught – if you were his helpers ! One simple robbery – and you let Daredevil stop you ! But that no longer matters now. I’ve finally finished my great experiment ! The awesome T-ray is ready to be tested ! Follow me to the chamber – quickly !” 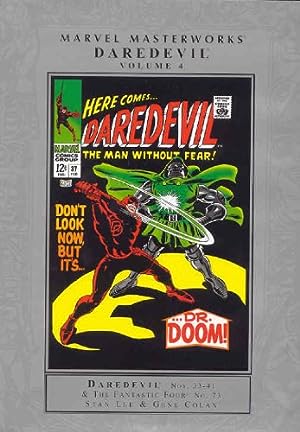 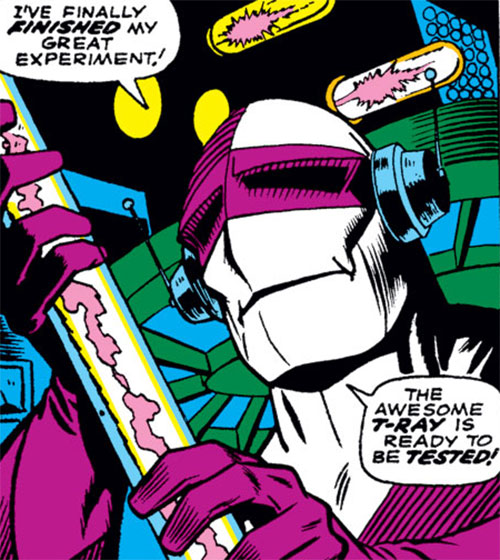