We suggest first reading the profile for Marvel Boy (Noh-Varr), then the Doctor Midas character profile. A lot of things are explained therein that provide context for the Exterminatrix.

And yes, she does evoke Miranda Lawson if you’re a big Mass Effect fan.

Exterminatrix has been highly trained and genetically modified since before birth. She is an accomplished combatant, with a longer lifespan than normal humans.

Her boots have vibranium  soles, allowing her to run up walls.

She carries a gun which fires extremely powerful bullets.

Before she was born, Oubliette’s father slowly converted her mother’s entire body into a chemical hothouse of information-rich toxins. It was designed to artificially accelerate their child’s development. As she neared the time of her birth the chemicals became dangerous to her. So Oubliette’s father ripped her out of her mother, killing his wife in the process.

Midas named her Oubliette, “a dungeon, the only entrance to which is through the top”.

He raised her harshly. She grew up in a greenhouse, oxygen-rich atmosphere to promote rapid brain growth and longevity. He trained her to be his personal assassin, and convinced her that she had to wear a mask at all times to cover her hideously scarred face.

When the alien Noh-Varr escaped from his laboratories, Doctor Midas sent Exterminatrix to hunt him down. Locating him in a weakened state after his battle with Hexus, she chased him through the subway, and up the sides of skyscrapers. Oubliette herded him into a trap set by her father, where Noh-Varr was beaten. Midas prepared to deliver the killing blow.

Exterminatrix had developed an attraction for her prey. Thus she decided to turn against her father, shooting him before he could kill Noh-Varr. That gave the pair a chance to escape.

They fled to Noh-Varr’s spaceship, the Marvel, which her father had been searching for. There the Exterminatrix helped the Plex, the ship’s AI, to heal Noh-Varr. But unknown to her, her father had implanted a tracking chip in her mask. Thus he followed them to the ship, sending a Mindless One ahead of him.

Noh-Varr and Exterminatrix battled the Mindless One in the tunnels under Manhattan. The alien he left her to handle the creature while he went to deal with her father. Oubliette defeated the creature, severing its head from its body. She then returned to the Marvel. There she discovered her father, further mutated, winning his battle against Noh-Varr.

Oubliette turned the Mindless One’s beam, still coming from its eye, at her father. This flattened him beneath the floorboards of reality. When SHIELD agents stormed the place moments later, Exterminatrix managed to escape, although Noh-Varr was taken captive.

She then set out on a terrorist campaign, demanding that Noh-Varr be freed.

Nurtured by her father to be his personal assassin, Exterminatrix is distant and ruthless. She is unused to making decisions for herself, and is relatively willing to follow others with stronger personalities.

Serving her father had given her life order. So after she broke with him she sought a cause to fill the void it had left, devoting herself to Noh-Varr’s jihad to change Earth into the New Kree Empire.

“I don’t want to smell even the tiniest quark trembling down deep in your horribly out-of-tune atomic structures. I do, you’re dead.”

“Daddy’s girl was only given one bullet to play with today. And this is for the heart of the boy who fell to Earth.”

“He trained me to kill everything that ever tried to live. I’ve hunted vampires, space monsters, Greek gods. I’m the Lara Croft of evil, I admit it.”

“You named me after a medieval torture instrument, you insane pervert ! You said I was ugly ! You have to stop. I’m serious, dad. You have to be stopped now.”

Prior to turning on her father she had Resources of 12 AP, the Rich Family and Special Credentials (as Doctor Midas) Advantages, a High-level connection to Doctor Midas, and didn’t have the Mistrust Drawback. 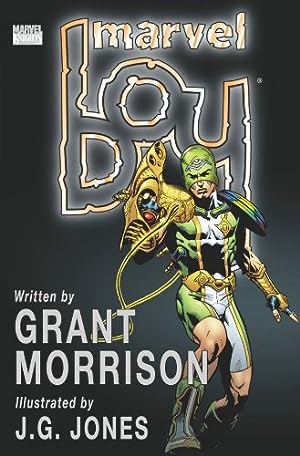 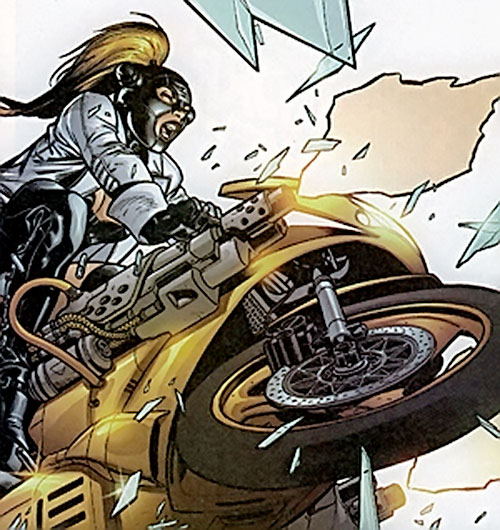