Atlas Comics was the successor company of Timely Comics, and the predecessor of Marvel Comics. It was active during the 1950s, back when super-hero comics were in a slump. It was the interregnum era, between the Golden Age  and the Silver Age .

Astonishing was one of Atlas’ main books, and typical of the horror comics anthologies of the pre-Wertham  1950s. Each issue had a number of short horror/weird stories with a shock ending.

These creatures appear in a 5-page story in issue #30, in 1954. Like with many Atlas creations, they could easily exist in the Marvel Universe.

In 1954, people aboard boats started vanishing without a trace. Then people on the coasts, then those near rivers, then entire coastline villages. Panic reigned. There were reports that the attackers where giant eyes with tentacles, emitting beams that melted people into puddles of water. These always came at night.

Newspaperman Jerry King, with the help of his local cemetery caretaker, confirmed the appearance of the creatures. He also saw a number of them breaching the cemetery, oozing into graves, and leaving with eyes ripped from fresh human cadavers.

King deduced that the human eyes were taken to the sea, and somehow nursed into becoming more of these monsters. As he wondered about how to destroy them, his wife complaining about a bright lamp gave him an idea. If these were born from human eyes and adapted to low-light vision, strong beams of light would painfully blind them !

The population armed themselves with strong flashlights, which proved efficient to repulse the invaders. However, as everyone celebrated, the radio reported strange nocturnal robberies through the city. These thieves were taking as many sunglasses as they could…

As discussed in, say, the Marvel Boy or the Namora profiles, a key step in porting over these stories is to lower scale. So the eyes invasion would have taken place in and around a small-ish burg by the sea, and not necessarily in the US.

The simplest explanation is that these creatures are mystical constructs. They would be engineered by an evil undersea magical party — the Unforgiven Dead are a good choice. The flashlight idea would have given enough time for the Ancient One to come up, trace the source of the eyes, and destroy their creators.

The “eyes” or “eye-things” were giant human eyes, about a yard and half in diameter. They swam or ambulated on octopus-like tentacles coming from their bottom.

These creatures are primarily aquatic, but can exist on land. They only do so at night to avoid daylight, and one suspects that they wouldn’t venture in dry and/or cold climates.

They can project a beam of light from their pupil, which renders human beings into a small puddle of water within seconds. Their tentacles are also strong enough to wrestle most people into submission.

They could somehow seep into the earth to rummage within graves. Presumably, their “body” has a fluid-like quality. Which would also explain why people didn’t simply shoot them – blows and projectiles presumably mostly pass through.

The eyes were silent, but well-coordinated. Perhaps they are directed by an outside intelligence, or have a hive mind.

Eye monsters could have ties with any number of other eye monsters. Say : 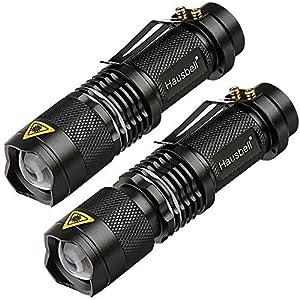 An ultrabright flashlight, just in case 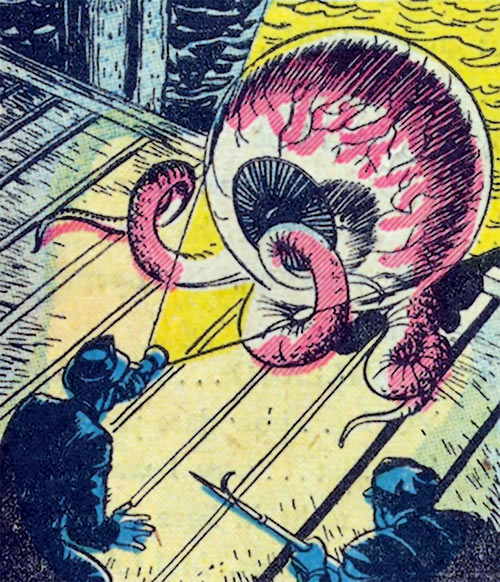 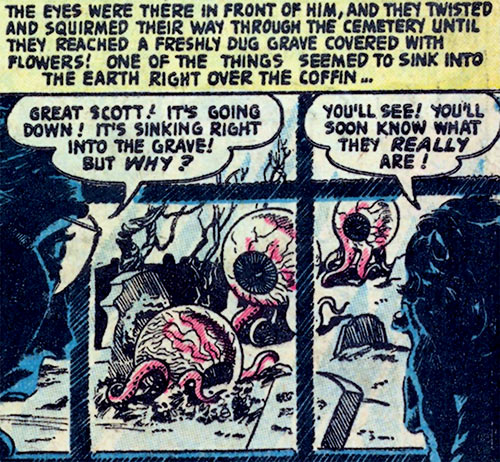