Ezra is a proficient fighter (both armed and unarmed). She seems to be a competent bounty hunter or mercenary.

Ezra has an unusual skin tone, an unusual strength level, and was impervious to Jeffers’s telepathy (to her dismay). It is thus possible that she is some sort of minor superhuman.

Bounty hunter Ezra was first seen in Gotham. She was tracking down a man who had been endowed with telepathic powers by an experimental procedure. The subject, called Jeffers, had escaped. There was a $5M bounty on his head, which attracted many manhunters. 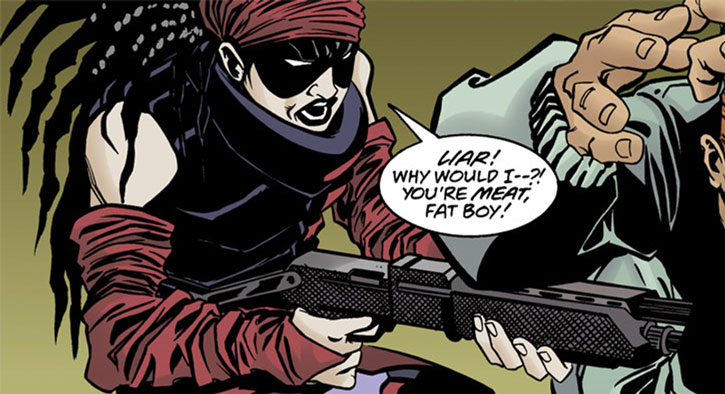 Ezra beat the competition. She was the first to locate Jeffers. However, her main drive wasn’t the bounty. What she actually wanted was to have Jeffers erase something in her mind, to make her forget. But despite his power, Jeffers was unable to do that. Ezra grew frustrated, threatening to shoot Jeffers dead if he didn’t do it.

Batgirl (Cassandra Cain) attempted to intervene. However, she was soundly clobbered by Ezra since Jeffers has accidentally destroyed her fighting skill. When she recovered, Batgirl rushed in again to save Jeffers. Cain narrowly stopped Ezra then knocked her out.

Ezra was presumably arrested by the GCPD, and hasn’t been seen since.

Ezra seemed to be a tough and determined manhuntress, and a professional bounty huntress.

Though she was well-armed, she didn’t seem to be a killer. When an unknown super-heroine charged her, Ezra dropped her shotgun and started punching rather than try to shoot her down. She may also not have meant to shoot Jeffers.

“Stay away from the fat boy, costume. There’s no bounty on your head.”

Bonuses and Limitations:
Mind field is Self Only and Always on (-0). 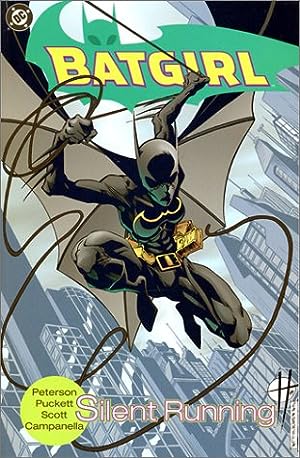 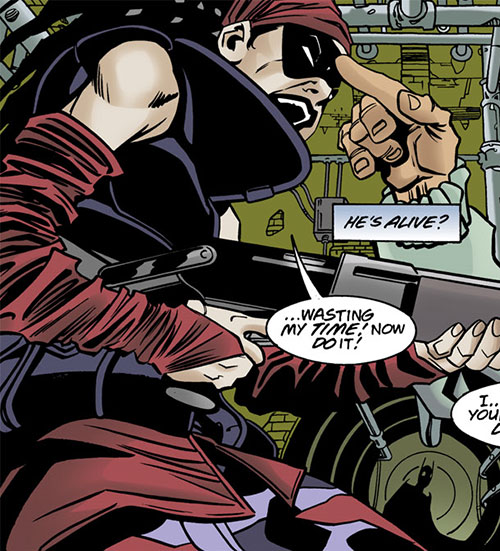