Cortez had the ability to augment the powers of other mutants, often to dangerous levels.

Cortez could also use his power to read genetic code and harm other mutants while appearing to heal them.

Cortez was also highly intelligent and an able military strategist (even Magneto is impressed by Cortez strategic abilities).

While carrying a gun, he was also skilled at the martial arts.

Cortez is a muscular man with an air of royalty. He is usually seen in the Acolytes’ body armor, which is a blue uniform with bare arms, with red boots, gloves, V-insignia and yellow shoulderpads and headpiece. Cortez has long red hair, worn in a ponytail, and has added a red cape to his uniform.

He will usually be seen grinning, or holding a grand speech.

Although the Acolytes usually consider themselves the chosen one’s in Magneto’s service, Cortez probably does not feel likewise. For him, as the second-in-command, it is an opportunity for exercising his own power, at least, until he can seize power himself.

Like Magneto, he instills a fear of failure into his underlings, and is well respected by his peers.

He accepts no challengers to his authority. He prefers to be called “Lord Cortez”, and calls others “neophytes” or “flatscans”. He has revealed that he is real royalty, which might be true. His gestures and way of speaking also suggest so.

Fabian Cortez is a man with a mysterious past. He uses flattery and deception to get what he wants, creating grand plans that turn even whole nations to his biddings. He makes the opposition to any plan sound easier than it is, and any goals sound more honorable and rewarding than they really are.

Cortez himself is very able to exactly determine the opposition in his plans, and he does not underestimate people, neither mutants, nor ’flatscans’.

He lives as he teaches as well. Cortez believes with a ruthless passion that the survival of the mutant species is worth any cost. Therefore, any act is acceptable, including the killing of human women and children. He strikes alliances with well-known evil mutants, such as the Upstarts, and other criminals to reach his goals.

In addition, only Cortez himself is worthy of leading mutantkind to greatness. Any competition, even Magneto, can be sacrificed for the greater good. Unfortunately for him, his reach exceeds his grasp.

Although he is adept at hiding his plans and intentions, such as hiding the exact workings of his powers, everything eventually becomes revealed by some small mistake. This will suddenly make him a foe of everyone, including his own underlings.

The underlings have usually up, until that point, suspected the truth by rumors only. That they are not equals, but rather that they are pawns to be used and sacrificed at the whim of Cortez.

For example, after he seemingly killed Magneto, he assumed the position of being his chosen successor. But of course, he would leave his followers to save his own skin with little regrets.

For these reasons, he is quite paranoid.

Although his personal powers won’t help him when revealed, he is still charismatic enough to sway some of those who’d turn against him by his words alone. He is very melodramatic.

“If the neophyte reveals my secret — betrays me — word of my actions will surely turn my followers against me ! My only hope — to prevent the X-Men from convincing the Acolytes of my hand in Magneto’s death — is to raise the stakes.”

“Do not make the mistake of dismissing this woman, simply because she is genetically inferior. This same genetrash was responsible for rearranging Magneto’s DNA structure ! She is not someone to underestimate.”

“I’ll take your silence as a ‘no’. Now, as much as I’ve enjoyed this diversion — I must be going. You’ll forgive me, of course, if I kill you before I leave ?”

Fabian Cortez could be a recurring foe to heroes in the DC Universe who are royalty, such as Geo Force, Wonder Woman and Aquaman, with the motif that Cortez is the real king.

The Connection with Sinister, of course, makes it possible that Cortez can be returned into action, as a clone by a clonemaster, even after his possible demise.

Drawbacks:
Dark Secret (His Own Agenda).

Granting power to the mighty

Cortez mutant ability is to augment the powers and natural healing ability of other mutants by his touch only. If he so chooses, his enhancement (Enchantment and Mind over Matter powers) works as intended, but whenever he overextends any of these powers (by Power Reserve) the effects are corrupted.

He can over-augment, or heal, any ability, but this leads to the subject burning out his abilities the faster (Power Burnout).

In addition, the subject will have various complications (Subplot) with his powers as the augmentations wear off. Cortez can also, if he so chooses, whenever he augments a subject’s powers (by Enhancement), incur the subject with so much power that his abilities become uncontrollable (Uncontrollable Limitation).

Cortez can also choose to use his over-augmenting abilitites, in combat, to make the opponent’s abilities corrupt and beyond their control (Uncontrollable), and this also works with any remaining physical manifestation of abilities, such as a wormhole, and object charged with energy and so on, making them far more effective than originally intended.

While he is over-augmenting someone’s abilities, he can also take control of the abilities so that they turn towards towards the subject himself leaving the subject dead or drained (Mental Blast). Thus, to be touched by Cortez can lead to a deadly array of dangerous effects (Combined Power Usage Bonus).

Likewise, when he overextends (by Power Reserve) his healing ability (Mind over Matter), that is only usable on others, the healing is more effective, but corrupt. In addition to the standard problems the subject receives upon Cortez overextending his abilities (Power Burnout and Subplots), the healed subject eventually receives the RAPs of damage again as the power duration is up.

There always seems to be a duration to damage healed, regardless of whether the healing power was overextended or not. Thus, to be healed of many RAPs multiple times by Cortez over a short period of time, can eventually be lethal to any subject. Cortez is well aware of the exact workings and limits of his powers and keeps them a well-guarded secret.

Cortez abilities also allow him to sense the exact physiology of a subject so that he can determine whether or not they are super-powered, mutants in nature, or if their genetic codes have been somehow changed, as compared to a previous ’reading‘ or to data stored in a genetic databank. 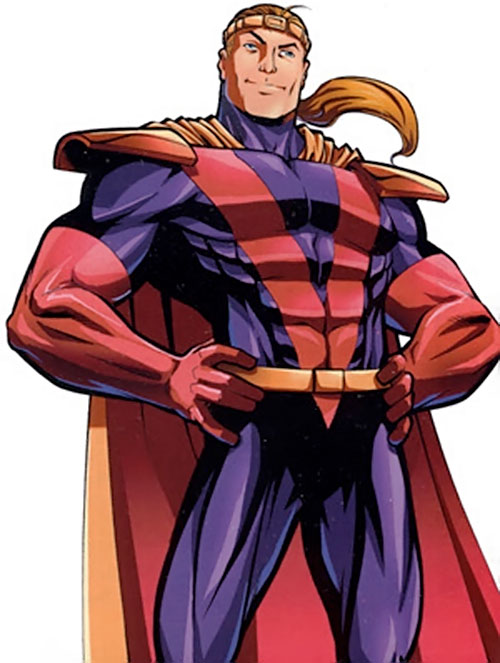 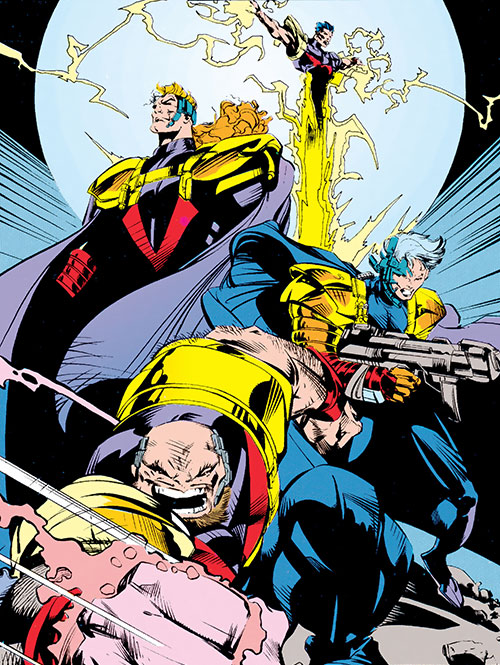