They come from the FEV conversion units in Vault 84 (see our Fallout 3 super-mutants entry for more).

They are even more deformed and do not seem to have human-level intelligence. They do not appear to communicate (or even grunt), and are extremely aggressive.

Some “abominable mutants” roam the Capital Wasteland alone, but most accompany normal super-mutants as a sort of attack dog. They seem docile toward super-mutants.

“Abominable mutants” are often found carrying drugs and various cuts of meat, often from highly mutated creatures. It seems likely that they are attempting to self-medicate using random bioactive compounds, perhaps because of constant physical and/or mental pain. 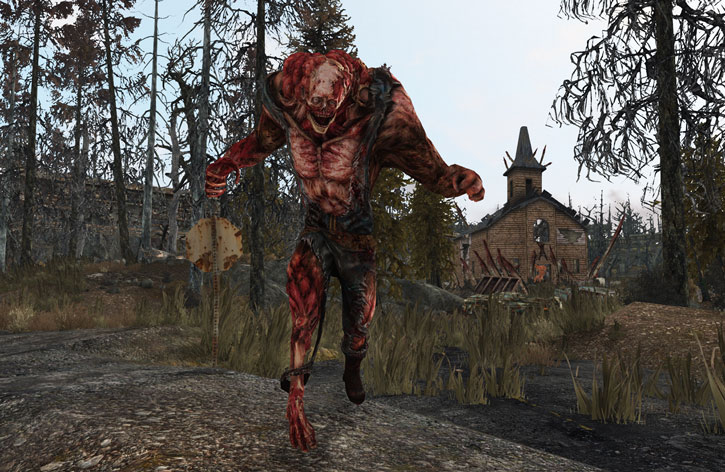 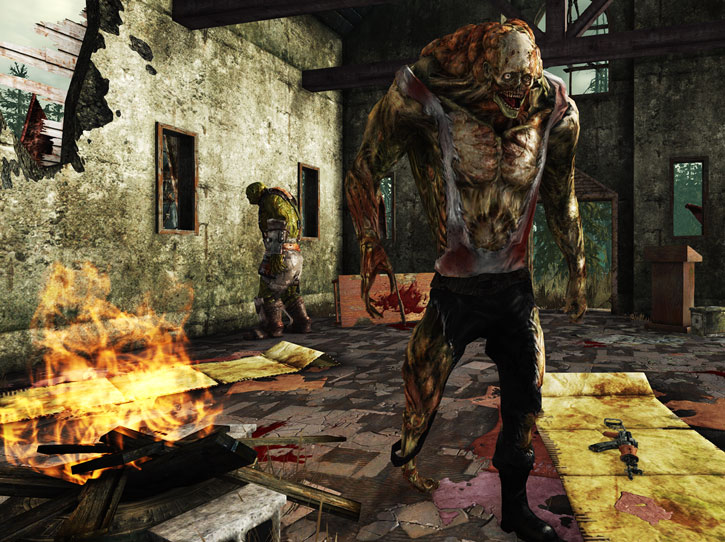