Fandral is the nimblest of the Warriors Three, with a grace that belies the fact that he is three to four times as heavy as a normal human being. He’s as quick with a charming line for the ladies, as he is with his biting wit and his slender sword.

Very little is known of his history before he began adventuring with Hogun the Grim and Volstagg the Voluminous as the Warriors Three. However, he has fought alongside his two companions numerous times, often accompanied by Thor or Balder.

Fandral the Dashing bears an uncanny resemblance to Errol Flynn, with slightly curly blonde hair, and a blonde goatee. He wears a green doublet and trousers with swashbuckler boots, and carries a long, slender sword (not quite a rapier) at his hip. 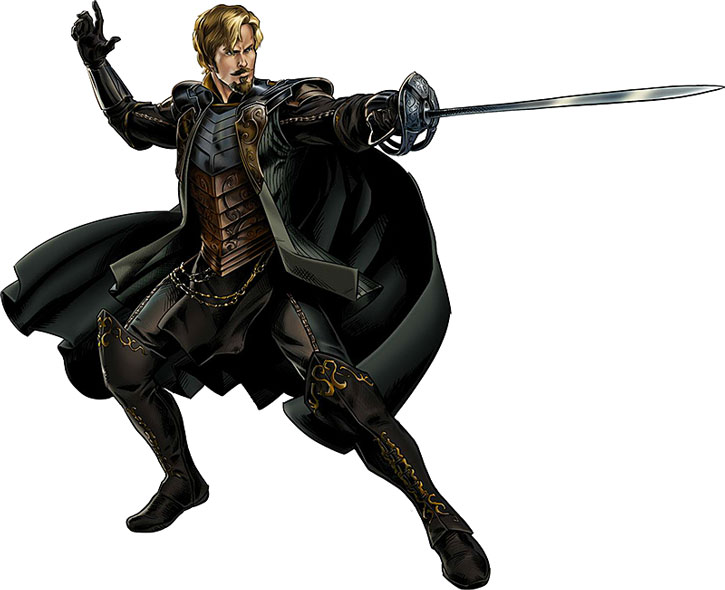 A dyed-in-the-wool swashbuckler, Fandral is a charming, handsome, lighthearted warrior, with a flair for the dramatic. He is very likely to pop out a witty one-liner or two in the face of Surtur himself, but is not an incessant joker like Spider-Man. Once he makes his joke, he gets down to business.

Fandral has gotten into serious troubles due to his habits of courting several ladies at once, and seems to have somewhat matured in this respect.

The differences between Asgard in the DCU and in Marvel means that there will be problems in fitting in the Warriors Three, except during an extradimensional  jaunt. 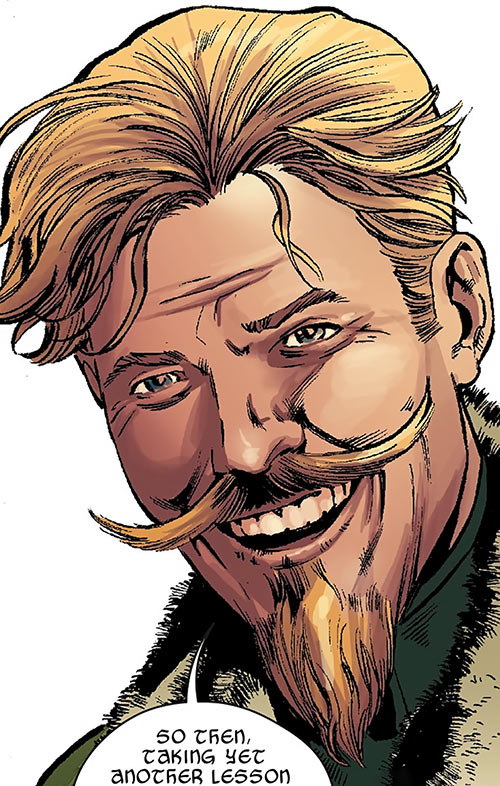 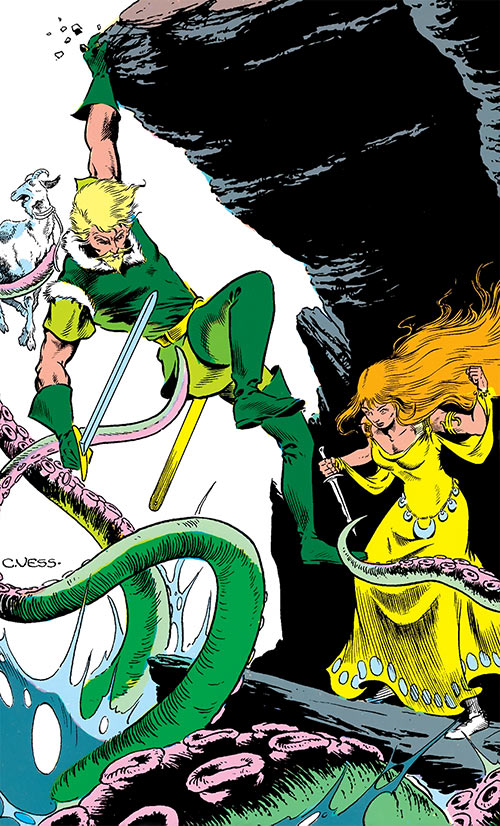