Now, said notes were taken more than 20 years ago, are brief, and include a lot of speculation due to lack of research material. We’ve kept them since they can be useful, but they’re neither extensive nor authoritative. Or up to date.

After the first meeting between Gatecrasher’s Technet and Captain Britain, and before their first meeting with Excalibur Fascination changed her name to Scatterbrain. She later changed it back to Fascination when she joins the Special Executive.

Possibly Scatterbrain was a nickname from Gatecrasher.

She floats around a lot. She has never spoken. But she always looks happy.

Possibly the last thing you would expect to be involved with a mercenary group.

Bonuses and Limitations:
Mind Blast has range of 0 APs. 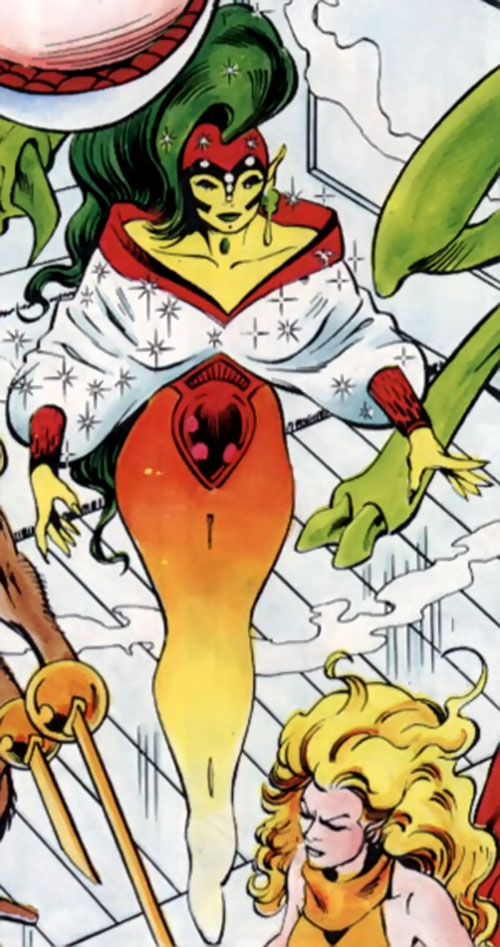