“Ma” Gunn only appeared in one 1987 Batman story arc, early during the career of Robin (Jason Todd).

But it was a fairly memorable one.

On one hand, Mrs. Gunn is an aged woman. On the other she is crafty, charismatic and devoid of scruples.

Her gang is young, but very loyal toward her.

Gunn seems to actually be a pretty good teacher. She’s capable of getting rowdy boys interested in what she is teaching – and willing to work on her lessons.

She seems to have a fair lot of money – she says she’s a wealthy widow. How much of that is true, and how much of the money comes from criminal activities, is unrevealed.

She seems to have extensive theoretical knowledge about street crime. For instance she teaches her students about firearms selection and use. She also has applied skills she will teach in the field — such as how to defeat laser alarms — but the extent of her technical skills is unrevealed.

Gunn will lead missions in the field, but will always be surrounded by two or three armed senior students. 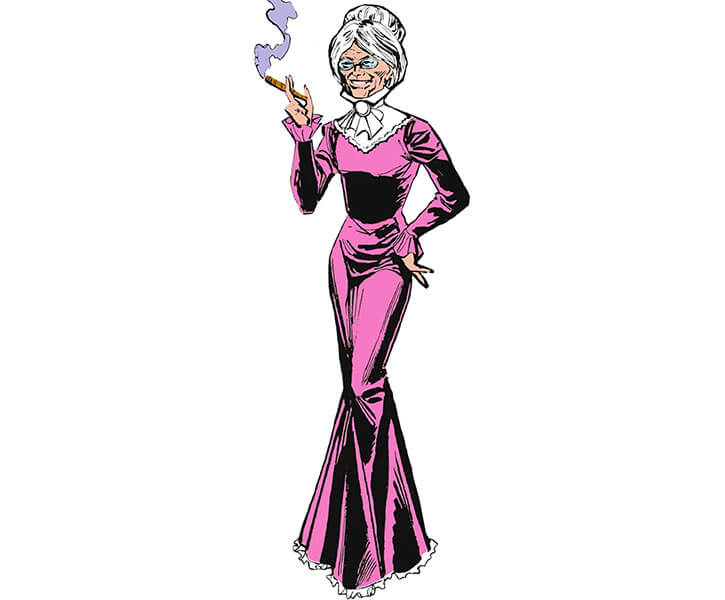 Fay “Ma” Gunn, apparently an accredited teacher of Australian origin, came to Gotham in the mid-1980s. She opened a school for street urchins and runaways.

The dubious nature of the school attracted the attention of social workers. But Gunn efficiently played the usual populist card – the tough, authentic, salt-of-the-earth grandma doing good back-to-basics education despite the mingling of the eeeevil big government stooges.

The media and public ate this hook, line and sinker.

But this being Gotham, the truth was more sinister than usual. Gunn was indoctrinating and running a street gang from her school.

Even Batman was initially fooled. His yearly pilgrimage to Crime Alley led him to chat with Gunn then visit the area, which was tranquil.

When a street urchin stole the tyres off the current Batmobile, Batman was amused. After recovering his wheels, he took the teenage thief — one Jason Todd — to Gunn to enrol him with the school.

Minutes after Bats left, Todd realised the true nature of the place. Gunn ordered her gang to kill him, but Todd held his own long enough. He protested that he was a thief, not an ally of the Batman. Gunn decided to recruit him.

Todd soon ran away. When Batman found him, the kid told him what was actually going on inside.

The same night, Gunn and her kids broke into a Gotham museum. Apparently, Mrs. Gunn had the connections to resell a specific jewel to the Joker.

Batman intervened and defeated them all, with the unexpected help of Todd. Soon after that, Batman decided to make Todd the new Robin. 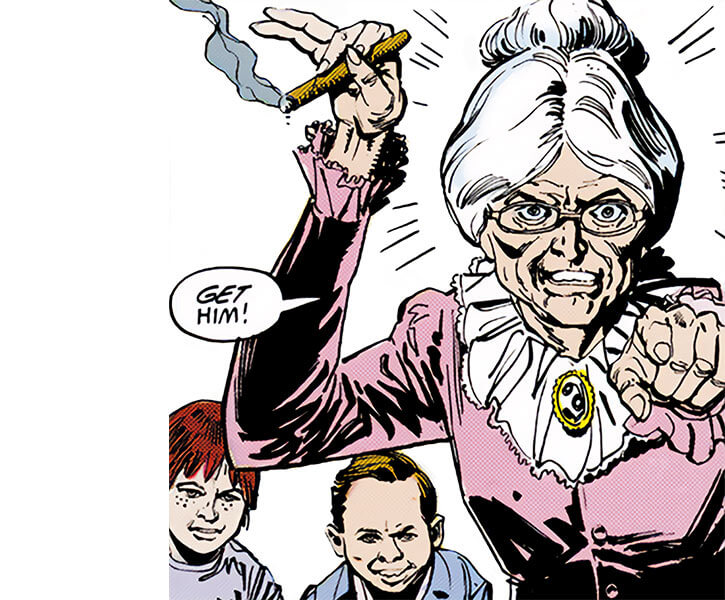 Ma Gunn is pretty good at playing the straight-shooting Australian schoolmarm running everything with a firm hand, and throwbacks to an imaginary version of the 1950s.

In practice, she’s a gang leader like any other. She rules her troops with an iron fist and unhesitatingly gets them involved in turf conflicts and a wide variety of crimes. She has no problem ordering them to murder an inconvenient witness, and they have no problem doing it.

Gunn routinely corrects the (dismal) grammar and vocabulary of her students. Oddly enough they actually seem interested in using new words and concepts from the education she gives them. Though usually they’re none too successful at it.

She does not just play the role of the disciplinarian. She actually runs a tight ship and hits students who do drugs. Though booze and cigarettes are OK in her opinion.

Incidentally, the name “Fay Gunn” is likely a pun on Dickensian character Fagin  . 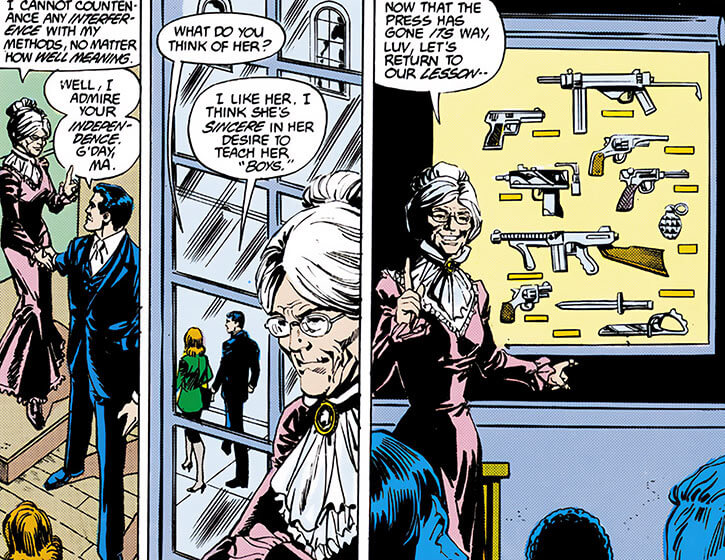 Most of Gunn’s ’students’ are young street toughs with the following stats: 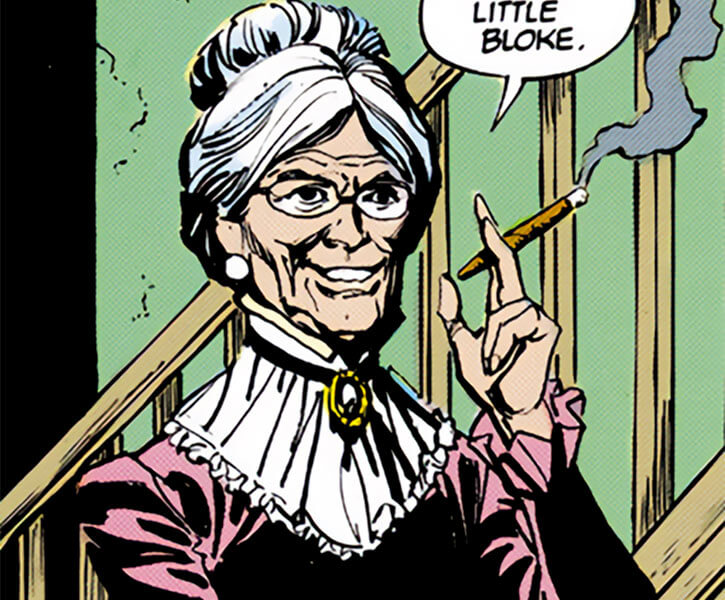 Budget/PL will completely change if you decide that the kids are Minions. I’m not leaning that way though, since they are more troublesome and time-consuming — and more easily overwhelmed — than normal Minions.