Vampire$ was an okay 1990 horror-action novel by John Steakley  , which apparently sold well. It had a less successful John Carpenter movie loose adaptation some years later.

Walter Felix is the main character in the novel, but doesn’t appear in the movie. How unfelixitous.

Felix is quick and agile, both physically and mentally. His natural dexterity is sufficient to let him climb trees quietly one-handed while drunk (holding his wine bottle in the other hand, naturally).

After accepting his position with Team Crow, he had some innovative ideas for restructuring the team. He put those into practice when he took over soon afterward.

He was also the first man to come up with a plan to kill a master vampire at night.

Between his natural intelligence and his considerable inheritance, he became a multi-millionaire. Yet he kept a very low profile because all he wanted was a peaceful life.

Way of the gun

He is as fast and accurate as a gunfighter in a spaghetti western. He can routinely inflict head shots on multiple targets in a few seconds, and his bullet-placement ability is often called machine-like.

He’s even been able to put rounds in the bull’s-eye while shooting supernaturally fast creatures. Felix did a fast draw and shot with his off-hand at a master vampire fleeing at superspeed – and still shot him in the head. 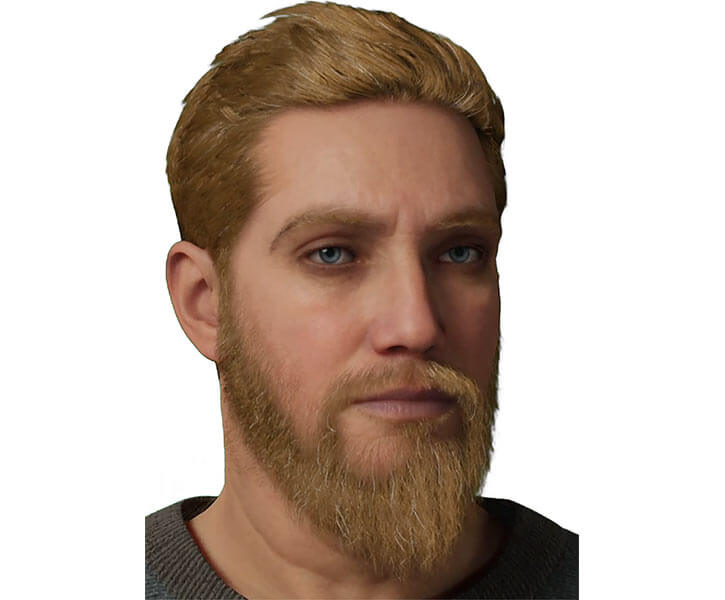 Walter Charles Felix was born to a rich family in the Dallas, Texas area.

At some point in his youth, he discovered that he was a natural marksman. Guns just seemed to fit into his hand as if they were an extension of himself.

It is possible that he did some time in the military. Jack Crow was surprised by Felix’s knowledge and insight into the Việt Nam war.

But Felix realized that he had no interest in fighting. He became a drifter of sorts, working as a small-time pot smuggler on the USA/Mexico border. It was there that he met Jack Crow. Both shared their life stories while hiding out from a mob due to a case of mistaken identity.

Felix later saved Crow from some fellow smugglers trying to make their mark by killing a DEA agent, namely Crow. This incident showed Felix’s incredible shooting skills. He ended up drawing his pistol and killing five armed men with one shot each in less than three seconds.

Several years later, Felix was tracked down by Jack Crow. Jack told him about vampires. He asked Felix to join Team Crow, a group of vampire hunters secretly funded by the Vatican.

Felix refused, seeking only to live a normal life. But he agreed after Crow told him that the latest job, in Cleburne, Texas, was a trap arranged by the vampires in league with the town officials.

He also felt a strong attraction to Davette Shands, a reporter who was following Vampire$, Inc. (the cover company for team Crow). 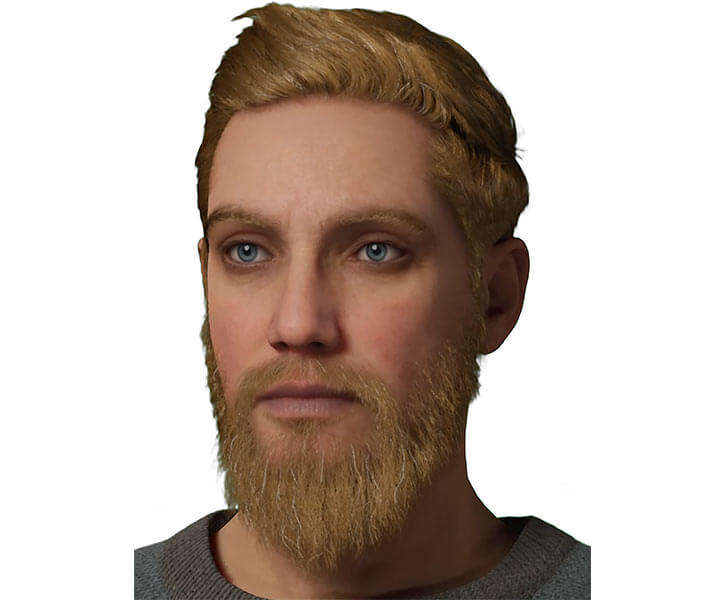 True to Jack’s suspicions, Cleburne was a trap. But despite the efforts of the Cleburne officials, Team Crow still managed to kill every vampire in the town without losing anyone. They even recruited a new member in the process.

Felix overcame his reluctance to give up having a normal life long enough to help Team Crow. But he still did not want to join the team for the long term.

In the wake of the events in Cleburne, Felix convinced Crow that his team was effectively done. Felix’s point was brought home by Davette’s confession. She had been a thrall of the master vampire Ross Stewart and had contacted Team Crow to help him kill them.

She had, however, used this opportunity to escape him and did not feel safe telling them the truth until they had killed him in Cleburne.

It was by then evident that the vampires simply knew too much about them. Team Crow needed to head to sanctuary at the Vatican and regroup.

Unfortunately, other masters were still tracking the team. They managed to kill most of Team Crow before the vampire hunters could leave Texas. Even Crow died, killed in a suicidal attempt to assassinate one of the masters.

With Crow dead, the vampires stopped pursuing the survivors as aggressively. Felix, Davette and Cat (the sole surviving man from Team Crow) escaped. They kept a low profile while waiting for the Vatican to make travel arrangements for them.

While they were waiting, Davette saw the master who gave Ross his orders to kill Crow. Felix recognized him as Simon Kennedy, a prominent patron of the arts. Felix had even talked to him from time to time.

Felix became extremely angry at the thought of “that bloodsucking leech” Kennedy living among human beings. Despite the danger, Felix worked out a plan and ambushed Kennedy at a nighttime public reception.

The ambush was successful. Felix became the first man to kill a master vampire at night. He even left one of Kennedy’s servants alive to spread the word, embracing his destiny as a vampire hunter.

After a period of rest at the Vatican, Felix put together a new team. He restructured the basic concept based on inspirations from his time with Team Crow.

He and Cat drafted a dozen of the toughest men in Catholic service from around the world, including a Bishop (who is able to bless items against the supernatural).

Felix also married Davette during this time. After the marriage ceremony, Felix planned to leave for Argentina to spend three months training his team together before they went into action. 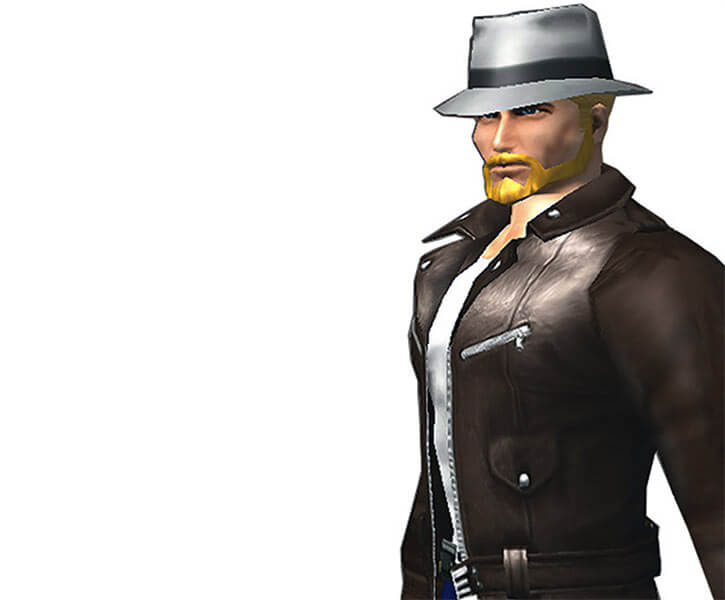 The vintage character art Roy did back when he wrote this profile. Back then, City of Heroes was our go-to character portrayal solution.

Felix is a thin man of average height.

His truly distinguishing features are his eyes : “The laugh lines from the happy drunk who climbed trees were there. And so was the helpless acuity of a man vised so tight that he’d had to gun down four friends and a stranger for a principle.”

As one woman summed it up, “What a weird, dark, scary young man you are, Felix.” 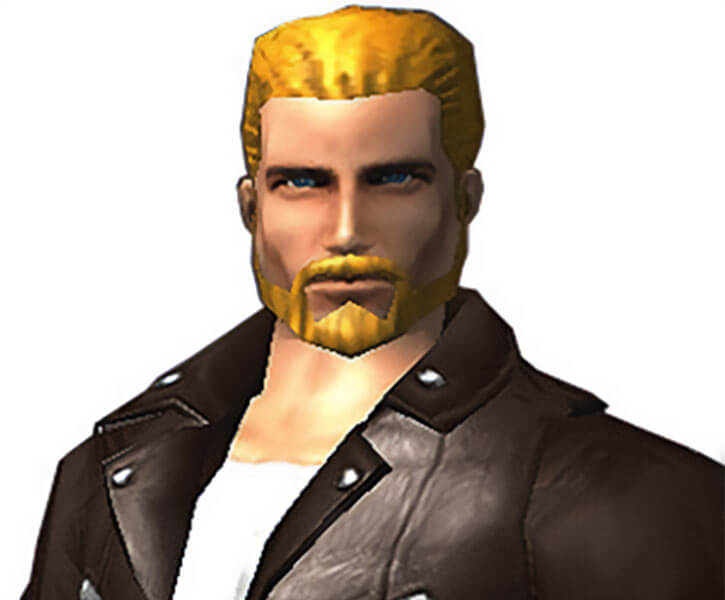 Felix has found a measure of peace now that he has embraced his life’s work. But he still carries some of the brooding air that characterized his melancholy moods of old.

Felix is very somber when he is serious, but when he relaxes he can be a fantastically amusing and entertaining companion.

His way of putting things very bluntly can be disconcerting.

Prior to being recruited by Jack Crow, he felt that he was meant for *something* special and dangerous like vampire hunting. Yet he fled from that knowledge, living a very low profile life and hiding from the world as much as he could.

Violence made him physically ill afterward. He hated killing and did not want it to be a part of his life.

As Jack Crow put it, “He’s young and bright and, in his own way, plenty plenty strong. And he can’t do a goddamned thing except shoot. But he doesn’t want to shoot. Doesn’t want to be a shooter.”

But, as Crow also predicted, while Felix never stopped fearing the vampires, they eventually pissed him off. Felix has finally come to accept his role in the world and this acceptance has allowed him not only to take on the role of vampire hunter, but to excel at it.

“You’re about to murder an American policeman for the privilege of going on the Cuban payroll to smuggle raw heroin onto the streets of the United States. And you call it moving up ?”

Master Vampire (pointing at Felix’s gun): “I told you to drop that toy !”
Felix: “So you did.” (BLAM BLAM BLAM)

Felix could be encountered during his smuggling days by any number of heroes interacting with the underworld. Felix keeps himself restricted to victimless crimes such as pot smuggling and would side with the heroes if they were threatened.

The low-profile bar he owned when Jack tracked him down, the Antwar Saloon, would make an excellent addition to most any city: “This was a *bar* bar. No foo-foo drinks with little umbrellas for them. This was a place for men, mostly, where they could come and talk and do serious drinking without showering after the office.”

The Antwar Saloon could work well as a blue-collar version of Rick’s bar in Casablanca, and God help anyone who tries to hassle the owner. Felix lived in an apartment on the second floor, his office windows overlooking the saloon floor.

Team Felix should fit in with minimal adjustment. It is strongly implied that the Vatican has many different teams, each specializing in a different kind of supernatural menace.

The relative secrecy of the teams should not be a stretch even in the DCU; magic in most comic-book universes tends to lurk in the shadows.

Felix’s team would be well known among the mystic community, though opinions on the team’s worth (and likely their sanity) would certainly vary greatly. 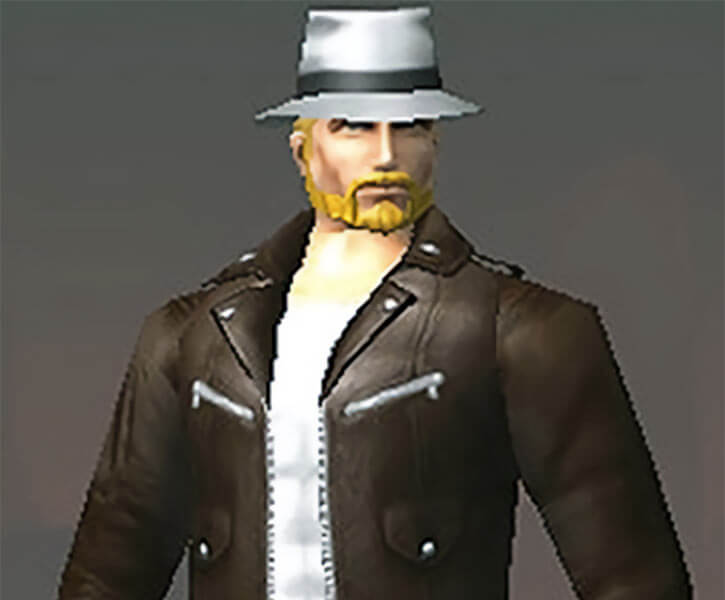 Felix and his team usually have various other items to assist them, especially explosives. Their standard tactic is to blow up whatever building the vampires are in and then clear away the rubble, spearing vampires and dragging them into the sunlight as they are uncovered. The GM is encouraged to add additional items appropriate to hunting the type of vampires featured in his campaign.

The effects of the weaponry against supernatural creatures are not detailed because they are idiosyncratic to each campaign world. The effectiveness of special materials such as silver and oak, religious symbols, etc., all vary widely in different settings. The GM will have to determine the effects proper for his campaign.

Feel free to modify the above as suitable — the vampire hunter teams use the equipment that they do because it has been demonstrated as being effective, not out of blind adherence to myth.

In game terms, against multiple opponents Felix will usually Press the Attack (-1CS to OV) while Multi-Attacking in the 5-8 range (+2CS to OV/RV, due to Speed Shooting Schtick) and making Critical Blows (+2/-3CS to OV/RV), so he’s usually making 5-8 attacks at a total of +3CS OV/-1CS RV.

He does this routinely (i.e. with little if any Hero Points expenditure) and still manages to hit a kill zone with every shot.

This profile is among those where Roy used the Automatic Ammunition rules (BoH:SE p169-170) to make the DCH maths align with the action in the story. Another is Jack Carver from the original Far Cry video game.

This approach isn’t used much elsewhere, since people aren’t too enthusiastic about counting Ammo. Especially since even handguns now routinely have 17+ capacity magazines.

But it does work (though for Felix the numbers had to be pushed further using Schticks), particularly in grittier genres with a tactical feel. Where counting ammo feels more relevant to the story’s vibe than in a high-action, post-Chow Yun Fat one.