A wicked maw looking like the smile on a death’s head dominates the eyeless faces. 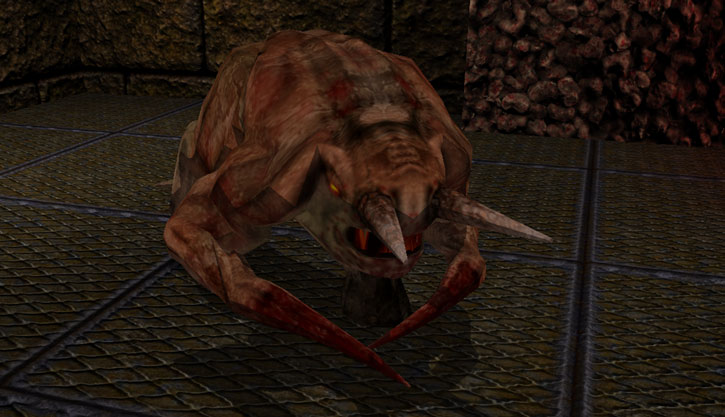 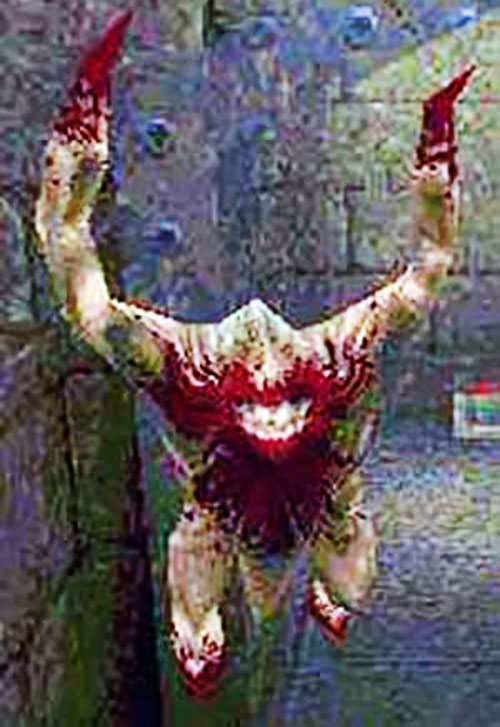