Dallas is a highly trained soldier, with nerves of steel and absolute coolness under fire. He’s known as an ace space fighter pilot (an ability he can use on pretty much any current flying vehicle). But it is his marksmanship that is actually jaw-dropping. It seems he can hit up to four or five enemies in a heartbeat with any gun, almost without looking at them.

Other feats include shooting the ground off all around a man lying prone – on the floor above the one where Dallas stood, while only seeing his head through a hole, and without even scratching him. Or popping in and out of a doorway and shooting six opponents dead with a pistol in about half a second, while counting remaining targets and assessing the situation.

Major Korben Dallas lives in the XXIIIrd century. This is a time of advanced space exploration, huge megalopolises and flying cars. Yet, it still retains most of the feel of the close of the XXth century. 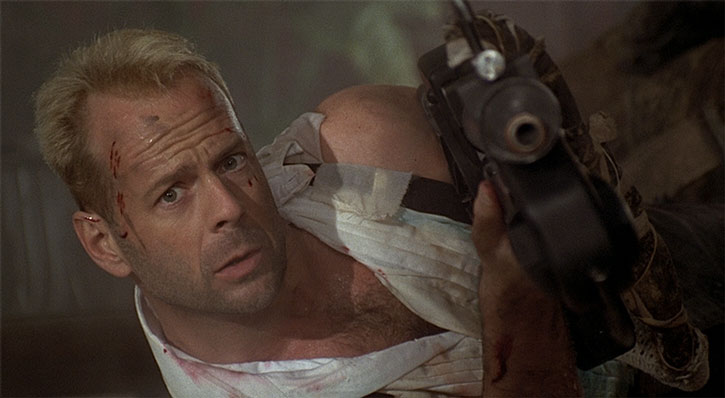 The Earth of this period is united in a word government called the Federate. Dallas served as a member of the special forces of the Federate Army. While one of the Federate’s most decorated soldiers, he resigned. Apparently, one operation broke real bad and he was the only survivor.

Trying to go back to civvie life, Korben became a cab driver. But had trouble with the routine, and was disappointed that he remained single.

Six months after he left the army, a literal perfect woman literally fell from the sky. She perforated the roof of his cab and dragged him into a very special situation. This led to Korben’s re-enlistment for a desperate mission to save the Earth – broadcast live on world TV.

In combat, Dallas moves without any stress, like if strolling down the street. He handles his weapon with detachment – it seems he doesn’t have to look at his targets to mow them down. Only his steely gray gaze betrays his determination.

Korben Dallas is, basically, a nice and surprisingly sensitive man. Although he can handle any level of pressure and is a formidable warrior, he was quite moved by Leeloo’s almost unintelligible pleas, to the point of blowing his life up for a complete stranger.

He likes cats, dislikes crowds and mass media, and instantly fell in love with Leeloo.

Priest Vito Cornelius: “What are you doing ?”
Korben Dallas: “Trying to save your ass so you can save the world.”

Police: “Are you classified as human ?”
Korben Dallas: “Negative, I am a meat popsicle.”

“Anybody else wants to negotiate ?”

The Fifth Element has its own self-contained mythology, and upstaging the final victories will be difficult. However, an encounter with Dallas before he meets the Fifth Element would be an interesting possibility.

One could also have a subtler encounter with Korben and Leeloo after the confrontation with the Great Darkness. The two of them might have gone on to explore the universe they had saved. Leeloo would be learning the joys and tragedies of human existence in more detail. The jaded Korben would be seeing the world through new eyes thanks to Leeloo.

They might also be found working to overcome residual elements of the return of the Evil. It may have minions other than Zorg or inspired other villains in its wake. 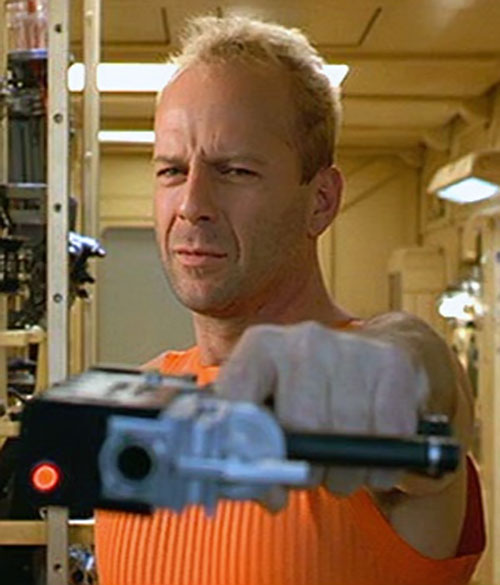 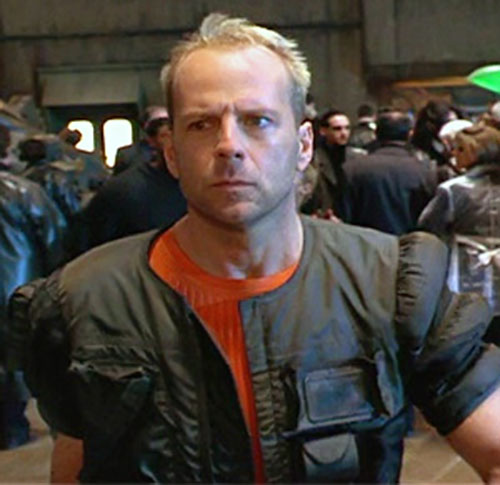 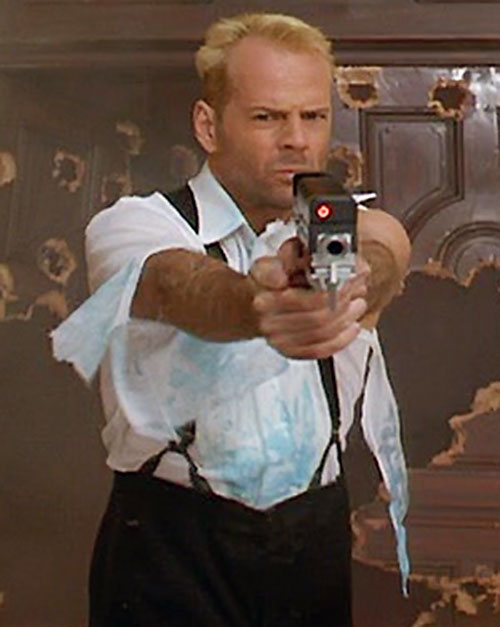 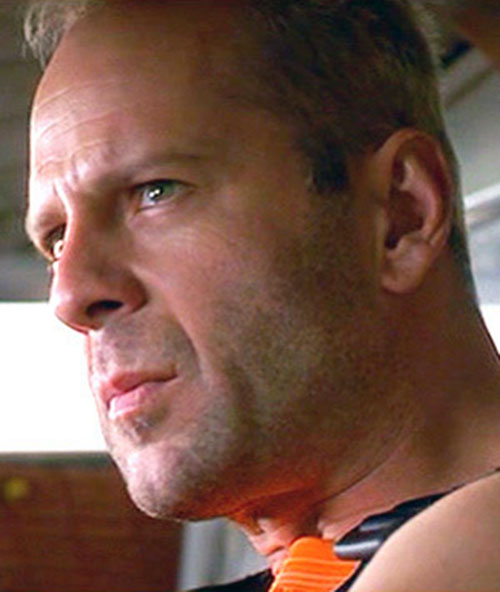 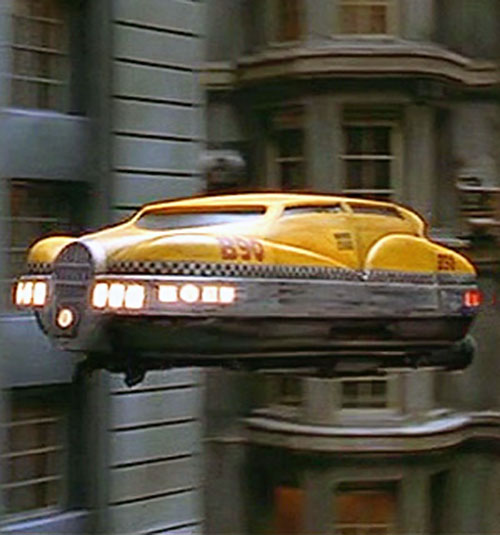