The Fifth Element has evidenced : 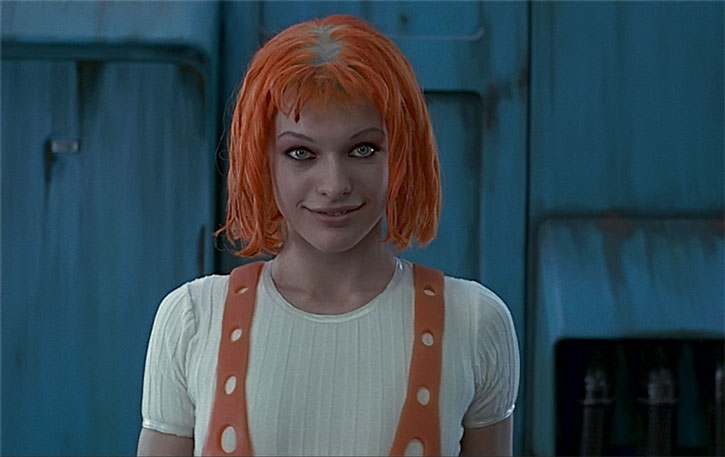 Leeloo, a perfect human-like being, is the Fifth Element, the final key for an ultimately powerful weapon against evil. Brought to Earth by a Mondoshawan  ship in time for the evil’s onslaught, she was believed destroyed but Earth’s best techs regrew her from a few cells.

Leeloo moves, speaks and smiles in an unique, elfin way that enhances her already tremendous beauty.

Leeloo has dot-matrix tattoos of the symbols of the 4 elements (earth, wind, fire, and water) arranged in a square on her left wrist. The 5th is, of course, her hand.

Leeloo is still quite young. Despite her enhanced mind she’s charmingly childish in her outlook, especially when she learns new words or concepts.

While very serious about protecting life, she’s more fragile and sensitive than she seems. Witnessing images of acts of war induced a crying fit, and serious doubts about whether or not humanity should be saved.

Fan-made “trailer” focusing on Leeloo, for examples of the movie’s visuals :

“You no trouble. Me fifth element – supreme being. Me protect you.”

“I don’t know love. I was built to protect not to love, so there is no use for me other than this.”

The Fifth Element has its own self-contained mythology, and upstaging the final victories will be difficult.

One could also have a subtler encounter with Korben and Leeloo after the confrontation with the Great Darkness. The two of them might have gone on to explore the universe they had saved, with Leeloo learning the joys and tragedies of human existence in more detail and the jaded Korben seeing the world through new eyes thanks to Leeloo.

They might also be found working to overcome residual elements of the return of the Evil — it may have minions other than Zorg or inspired other villains in its wake.

Bonuses and Limitations:
Superspeed only for mental tasks (-2). 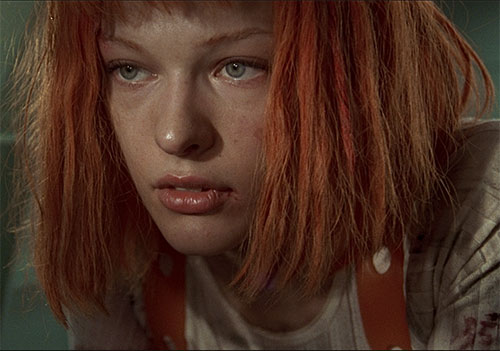 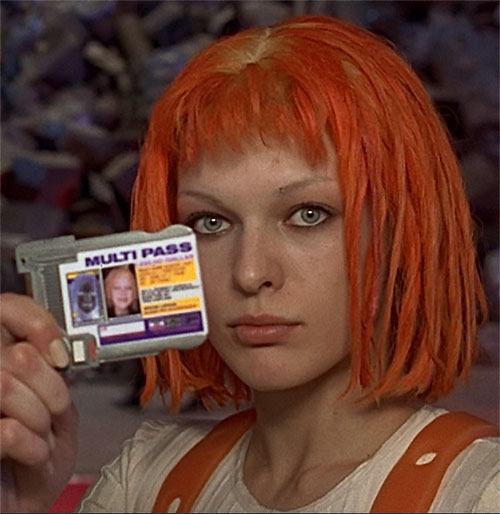