Fight Man is physically extremely powerful and capable of great feats of strength (“Class 100”). He is most often capable of defeating any enemy with just one hard punch. His enemies tend to say: “Everybody hates Fight-Man ’cause one shot is all he needs !”

His powerful lungs are capable of exhaling a forceful gust of wind. Fight Man himself does not need to breathe to survive.

He can fly, is near invulnerable and does not age.

Fight-Man first appeared in Delta City, on an odd Earth. Initially he seemed popular and among the most powerful heroes of all. He was even part of a superhero team, the Fight-Brigade, but that was later disbanded.

His brash behavior and destructive ways squandered his popularity, making him reviled. Another factor is that he’s lost 15 sidekicks, several such deaths being his fault. Fight-Man also got married but later divorced. At that point he only cared about getting a good fight.

As he returned home from his latest patrol over the city, Fight-Man found a letter from his ex-wife suing him for alimony. The next day he visited the offices of Hi-De-Ho Toys. Fight Man proposed to the manager, Arnold Podunk, that Hi-De-Ho sell Fight-Man toys.

Podunk rejected the offer. The business meeting was then interrupted by an attack from The Plug-In Maniac, Atomic Lou, and The Massive Globula. After his initial surprise at the suddenness of their attack, Fight Man defeated them easily.

Having no alternatives, he met with his ex-wife and her lawyer, Mr. Hendrickson, to plead that they not sue him. The meeting was interrupted by the One-Man Atrocity and Crimeasaurus. They attempted to hold Ms. Lacoco hostage. But faced with Fight-man’s utter indifference to her fate, they tossed her aside in order to engage him in a fight.

He defeated them easily, and was surprised to find that Crimeasaurus was not the original, named Takahashi. ”I bought the suit from him, I’m Crimeasaurus Two,” said his opponent before Fight-Man tossed him through a skyscraper.

Two more old foes of his, the Able-bodied Assassin and the Polka Doctor, were invited to Fight-Man’s home by his parents having claimed to be his friends. Bigelow managed to resist the Doctor’s Hypno-Hate Wheel (probably by being too stupid to hypnotize) and defeated them very easily.

He began to realize that there was a criminal conspiracy against him. But his thoughts were interrupted by a phone call from Deborah Walsh of W-GMB News. She wished to interview him for the local television series Delta City Today.

The interview went badly. Fight-Man was besieged by questions regarding:

Finally the interview was interrupted by a broadcast by the Hooded Eye, an old foe of his whom he’d thought dead.

I thought you were dead!

The Hooded Eye announced that he was offering ten million dollars to whomever could kill Fight-Man. Even Fight-Man was scared as thousands of Delta City residents signed on. His old allies from the Fight Brigade refused his offer of help. The next day he woke up, and was barely out of bed when he was attacked by a mob of citizens and supervillains.

Six hours later he had defeated them all. Fight Man crouched aside the mountain of broken bodies awaiting his next challenge.

He was confronted by an assemblage of old foes he recognized as The All-Hate Squad, claiming to have “a hundred new members.” They turned out to be more formidable than the previous impromptu assemblages. But Fight Man nevertheless defeated them. However, when he knocked Biggest Strongest Man into a the Hudson Insurance Building, it fell on top him, knocking him unconscious.

He returned to consciousness strapped inside a Hold-O-Matic, confronted by the Hooded Eye. The Eye tore off his mask to reveal himself as the original Kid Fight-Man, grown to adulthood and sworn vengeance against his former mentor.

As an ultimate insult, he revealed that he was assisted in his plans against Fight-Man by none other than Beverly Lacoco.

Fight-Man managed to escape from the Hold-O-Matic and defeat the assembled goons.

As the police arrested the criminals, they charged Fight-Man with the reckless endangerment of a minor and for breaking the child labor act, for his sidekicks. When asked by a reporter what he was going to do about these charges, he replied, “What do you think I’m going to do about them, you morons? I’m gonna fight them!”

At this point, Fight-Man was not thought to exist on our Earth – subsequent changes brought that into question.

Fight-Man was sent to prison on charges of wrongful death, endangering a minor, destruction of public property, and flying while intoxicated. His parents died while he was in jail. Fight-Man was released on parole, with restrictions against going near any kids or using his powers.

The Hooded Eye employed Agency X to assassinate Fight-Man. But even with his willing participation because of his current suicidal mood, they failed due to the invulnerable nature of his body.

Fight-Man’s house was invaded by The Plug-In Maniac, Atomic Lou, and The Massive Globula. They attempted to take Agent X hostage but were defeated by Fight-Man.

The Hooded Eye and Beverly Lacoco kidnapped Agency X employee Sandi Brandenberg. They were threatening to kill her unless Agent X succeeded in completing his contract. Fight-Man and Agent X returned to central Delta City to rescue Sandi.

After a battle which encompassed at least 23 city blocks, Fight-Man and Agent X arrived at City Hall. There they nearly fell prey to the sonic attack of Ill Billy, the mutant yodeling human beatbox. But Agent X ordered Fight-Man to rip off his ears, which rendered him immune to Ill Billy’s power.

Sandi Brandenberg appeared, and revealed that just as the villains were about to kill her, they were felled by the long-range effects of Ill Billy’s power. As she had her firing range earplugs with her, she was able to grab a gun and shoot her way out. She also killed the Mayor.

After the last of the threats were overcome, Fight-Man attempted to arrest Agent X and Sandi Brandenberg as professional assassins. Sandi fired one of Slapp Happy’s chicken rockets at a nearby building, which fell on Fight-Man. These allowed the pair to escape.

Fight Man was again placed in prison, and eventually was released from there one century later as it was too cruel to keep him imprisoned longer than that. his adventures as Fight Man 2099 never were chronicled, however.

A gallery of rogues

He fought criminals together with the Fight-Brigade and also had sidekicks, including:

His rogues gallery included he All-Hate-Squad. A team comprising more than 100 members, including but not limited to some of the following:

Fight Man is an extremely muscular man with a standard superhero suit. He wears white tights with red boots, red gloves, black shorts and a big blue cape kept with two large yellow buttons (à la Captain Marvel). The shorts are accompanied by a belt with a fist showing its knuckles.

On the breast there are the letters “FM” in big red and on the abdomen there is a blue circle with the text “Here 2 HIT” also in red.

He makes a rather strong impression and anyone can realize that this man can pack a punch. He has a very spontaneous way of moving and it is apparent that he acts before thinking.

Fight Man is a dumb jerk. He believes everybody loves him and that he is making a terrific job at being a superhero. In actuality, people move away from Delta City just to get away from him.

As one policeman said to another: “Get used to him, Rookie. Fight-Man’s like a hurricane… unpredictable, unstoppable, destructive, and mindless. Only difference…hurricanes go away.”

He talks fast and very arrogantly and is very confident in himself. There is nothing Fight Man likes more than engaging in vicious fisticuffs with anyone and he always uses full force. It appears he never changes clothes but also sleeps in his super costume (he has even glued his mask on). He never thought about having a secret id and so everybody knows where he lives.

He lives with his parents and tries to protect them to the best of his abilities. As a hobby and way of boosting his ego he keeps a scrapbook with pictures of all his beaten enemies.

He completely ignores all complaints, threats (dozens of letters each day) and legal cases. When talking to people he actually has to restrain himself not to punch them if being talked to unpleasantly.

Normally he uses Bashing combat, but will resort to Killing Combat on occasion and doesn’t mind if somebody around him dies.

Curiously he does have a hero-code which, among other things, includes a code against hitting girls. He tries to avoid killing anyone, but will gladly maim them all. He also has a very dumb, straight-forward and foolish way around women.

Fight-Man loves any positive attention he can get and thus keeps accepting invitations to TV shows and accepts interviews by the press.

A Character with this Drawback is very unpopular among the citizenry and the media. Such a Character tends to attract huge anti-Character demonstrations and ridiculing people wherever s/he appears. A forceful Character will in the long run lead to ordinary citizens leaving the City of the Character and the general reputation of the City will falter.

A Character would not receive a Unpopularity modifier against aliens from Mars who just landed (as they probably haven’t heard of the Character), but all other individuals, good or bad, are subject to the modifiers.

All individuals are automatically considered to be Hostile towards the Character. Additionally, Multi-Attack penalties on Persuasion attempts are increased by one Column Shift when made by a Character with Unpopularity. The Character, unlike those with Mistrust, will only rarely be arrested or hunted by the Police, but will not gain any help from them either.

A Character with Unpopularity tends to have extremely few Connections and has a very hard time making new ones, thus the Character is an unpopular loner. Enemies also tend to group together against the Character and getting sued or getting a price on his head is not uncommon. 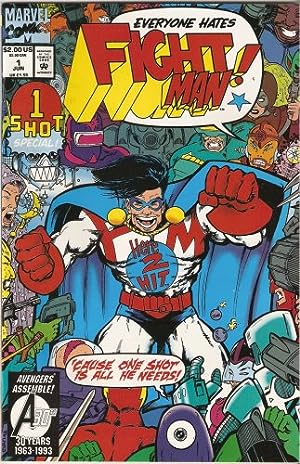 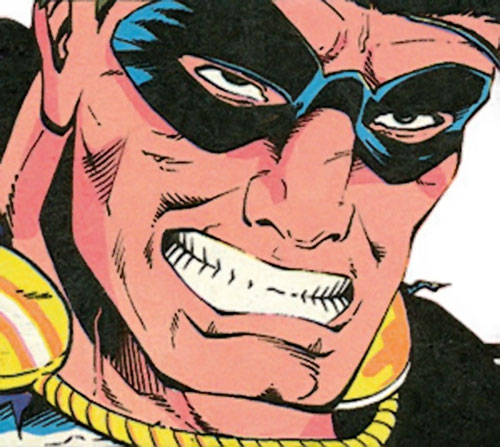