Firebrand can create fires, which she can shoot from her hands and with which she can surround herself. Neither she nor what she is wearing is harmed by the flames.

Firebrand has also complete mental control over flames in her immediate vicinity and can absorb fire into her body harmlessly.

Firebrand further has the ability to fly and surrounds herself with a flaming aura when in flight.

Danette Reilly was the daughter of steel tycoon “Emerald Ed” Reilly. She also was the sister of Rod Reilly, who was secretly the costumed crimefighter known as Firebrand. She was also once the lover of the brilliant atomic physicist Terrence Curtis.

Danette became a vulcanologist. In December of 1941 she went to study a volcanic island that had just appeared north of the Hawaiian islands.

There, she was captured by the villainous Per Degaton and his allies, who were using the island as their base. While fleeing through a cavern on the island, Danette was struck by a mystical bolt hurled by Degaton’s ally Wotan, which surrounded her with a strange green aura. As a result she fell into a vat of artificial lava Degaton has placed there.

She mysteriously survived. Degaton was then defeated by the Justice Society of America and other heroes, all of whom became the first members of the All-Star Squadron.

A spark to a flame

Danette learned that her brother had been seriously wounded in the Japanese attack at Pearl Harbor. In New York City, Danette used a key that Rod had left to his friend Slugger Dun to open a secret closet in his penthouse. There she found Rod’s Firebrand costumes and a letter to her revealing his double identity.

Intrigued, Danette made a costume for herself out of one of her swimming suits and one of her brother’s Firebrand costumes. Then she discovered by accident that she could create fire by gesturing, apparently as a result of what happened on Per Degaton’s island. Danette became the new Firebrand and joined the All-Star Squadron.

In early 1942, the new Firebrand was captured by Terrence Curtis, who had become the superpowered criminal Cyclotron. Learning that Firebrand was Danette, Curtis confessed to her that he was being forced to serve the evil Ultra-Humanite, in order to save his infant daughter’s life.

After Curtis’ heroic death, Firebrand II and the Atom (Al Pratt) took it upon themselves to make sure that Curtis’ daughter, Terri, was raised properly.

It would appear that Ms. Reilly lived with Sir Justin (the Shining Knight) for a time after the war. It would also seem that the Dragon King had her murdered later on.

Danette is a woman accustomed to going where she wishes, and is not quick to back down when told otherwise. This opinion extends to her friends and family, which lead to an overwhelming hatred of the Japanese when her brother Rod was injured at Pearl Harbor.

Bonuses and Limitations:
Energy absorption only against fire.

Flame Aura ● 23 points (Sustained) ● Descriptors: Fire, mutation
– Fire aura — Fire Damage 3 (Reaction)
– Flight 6, Quirk (only to a maximum speed proportionate to the number of ranks of Damage she has active in the aura)
– Quirk (Fortitude and Toughness are impaired against ice and cold while flame aura is active)

Compiled by Sébastien Andrivet – stats from Mayfair’s World at War, texts from DC’s Who’s Who. DCA stats by Pawsplay. 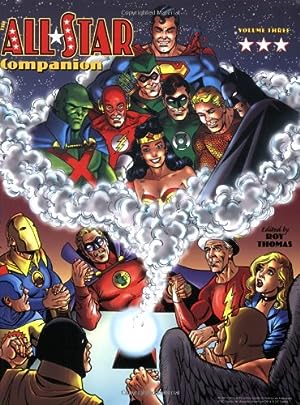 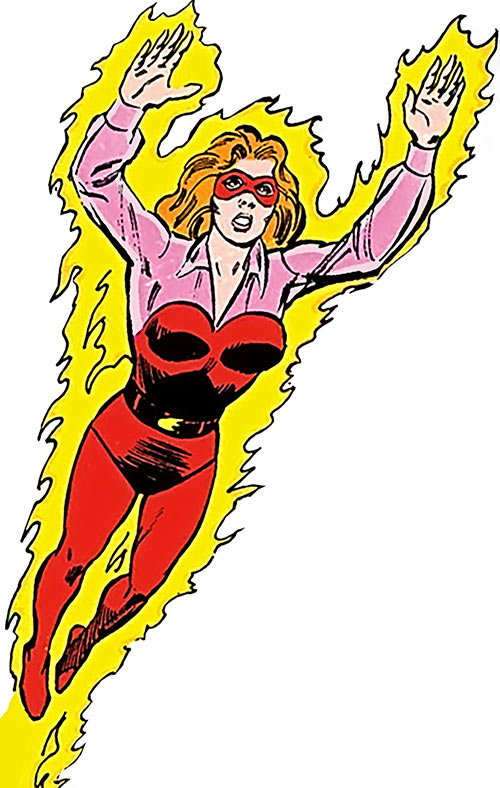 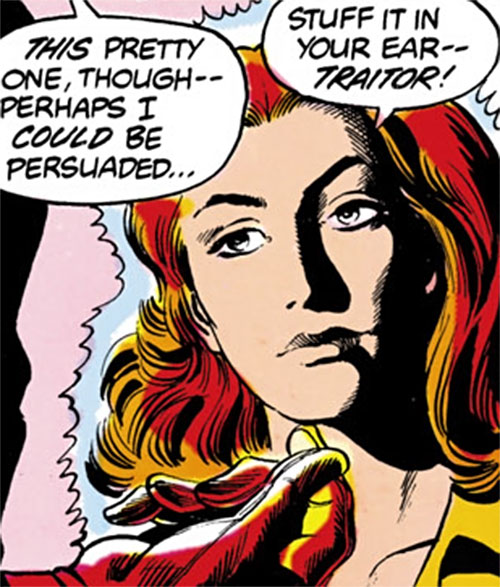