Ted Carson was a wealthy Gothamite. He owned a famous gold mine and was active within the upper society circles of Gotham.

However, the gold mine started to dry up. Thus Carson, with his athletic build and talent for technological invention, became a costumed criminal to supplement his earnings.

Carson started by robbing himself in public. During a ball in his mansion, he slipped away and came back as the Firefly. Then he robbed the numerous gold-themed exhibits in his own home. The Firefly then embarked on a crime spree.

Confusion arose when Kathy Kane, the Batwoman, spotted Carson changing into some sort of costume. That was shortly before the Batman tried to apprehend the Firefly.

Being fixated on discovering the Baman’s secret identity so they could date, she jumped to the wrong conclusion. Kane thought Carson was Batman.

She started dating Carson, to Bruce Wayne’s dismay. And when she learned the Firefly was about to attack, she told Carson she knew he was Batman and needed his urgent help.

Carson changed into the Firefly and captured Batwoman. But the Batman had also deduced where his next crime would take place and intervened. The Firefly was about to shoot him and Robin with his new energy beam when Batwoman, who had escaped, saved them. Firefly was then defeated and arrested.

He sort of dramatically announces everything he does.

You know the type.

“Yes ! Like my namesake the firefly, I can flash a light whenever I wish ! All it takes is this button on my belt !” 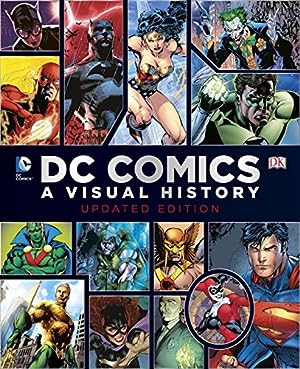