The Firefly is a highly skilled special effects, incendiaries and demolition specialist. He’s a genius at pyrotechnics.

As the Firefly, he arms himself with a powerful flamethrower and various other gadgets.

Firefly doesn’t use fancy modern accelerants. He does arsons by hand, with good old napalm.

Until a few years ago, Garfield Lynns worked as an SFX specialist for Hollywood. However, he had a severe pyromania disorder. His psychosis eventually overrode him, and he deliberately packed an excessive charge during the filming of a scene.

When the supposedly cosmetic explosion went off, it engulfed the lead of the movie that was being shot, severely burning her. When Lynns casually asked the panicked producer if he could have the footage of the woman on fire, he was, well, fired.

While Lynns was having a drink in a Gotham dive, thinking about what he would do next, he happened on Killer Moth, a down on his luck costumed villain. The half-drunk Killer Moth told him of his exploits of the past few months, and how it all crashed and burn.

Lynns knew Moth was a loser, but the concept of being a masked villain with a trick gun sounded like fun. Coordinating with the insect motif of Killer Moth (but, fortunately, not with the Moth’s costume’s colours), he created the identity of the Firefly.

The Killer Moth and the Firefly took Gotham by storm. However Killer Moth came to realise that his partner was a dangerous psycho – much deadlier than himself. The Firefly had no hesitation before torching the opposition alive. He badly wounded crime boss Tony Bressi, and when Bressi sent two thugs dressed as Firefly and Killer Moth in order to frame them, he incinerated them.

Lynns later dragged Killer Moth along to commit a spectacular arson on a GCPD precinct house. Their getaway chopper who stopped by Batgirl, however, and they were captured by Batman and Robin.

The Firefly may have later fought the Outsiders in their post-Batman career. But I’m not sure any of this actually existed post-Crisis, as the material was published in 86-87, when the DCU hadn’t yet solidified.

After many years in prison, the Firefly was nearly forgotten when he resurfaced. He had been broken free from Arkham by Bane in a powerful plan to crush the Batman. This time, Lynns had added wings to his costume. Batman, half-collapsing from exhaustion over fighting so many criminals, handed the case over to Robin (Tim Drake).

However, with the chaos over Gotham, Batman ended taking down Firefly anyway, while Robin was taking out the Riddler.

Firefly was briefly seen again during his prison stay. Arkham having been destroyed, the crazies like him were sent to Blackgate. Although the Blackgate staff didn’t expect major problems, they soon learned how disruptive, vicious and terribly dangerous men like Firefly could be.

Firefly eventually escaped by rigging up a firebomb and a one-man balloon. Amidst the chaos he rode the updraft suspended on his improvised balloon, and merrily floated away toward the mainland.

A short time later, and after having made some improvements to his costume, he sold his services to Black Mask, who was becoming the king of the Gotham underworld.

His return greatly angered the Firebug – who was at that point a broke, fat, alcohol-soaked has-been. The Firebug attempted to make his comeback. But he was way too out of it, and only succeeded in killing himself.

Meanwhile, the Firefly was dating his neighbour, a woman named Deelia, between two arson jobs. He grew quite attracted to her. After a few dates took her to town for his own special version of making out – burning her as holocaust in the middle of a refinery. He told her it wouldn’t hurt as the heat would overcome her nervous system, and she’d became an angel of flame.

During this, Firefly nearly killed the Batman but Robin saved him by driving a tanker truck full of fire retardant into the building. The Firefly then teamed up with a man named Riley, whom he didn’t realize was a time-traveller going uptimestream, and got arrested.

Then light the ruins up

He briefly escaped after the quake in Gotham, along with a small group of third-stringers. They were all captured by Huntress and the Spoiler while looting a mall.

More recently, the Firefly has triggered major fires. He was broken out of prison by Nicholas Scratch’s men while the No Man’s Land laws were applied in Gotham. They paid him to burn the Rixley chemical plant, which had been seriously damaged during the quake.

Scratch, however, hadn’t provided information as to the exact chemicals involved. And the Firefly attacked impulsively when he found EPA hazmat specialists on the scene.

His flame started a gargantuan chemical fire and he was caught in the blast. His costume saved his life, but he was badly burned over his whole body. All nerve endings fried, he carried on to trigger another gigantic fire, but was stopped by Nightwing, Robin III and the GCPD, who took him to an hospital burn unit.

When he next was free, Firefly proved even more devastatingly effective. Blockbuster hired him in his campaign to destroy Dick Grayson’s world, as he had just discovered Richard was Nightwing. Firefly attacked Haly’s Circus with horrible effects, killing 20, injuring close to a hundred and destroying much of the circus itself.

Lynns is a psychopath with severe pyromania. He derives quasi-sexual pleasure from watching fires, and experiences sensual hallucinations, often seeing lithe female forms dancing in the flames. He enjoys watching fires, heat, smoking cigarettes, and even small burns, such as crushing his lit cigarettes against his forearms.

He never hesitates to set anything — or anybody — on fire, and is in fact a dangerous, ruthless psycho when it comes to crimes.

As an unpopular orphan, he has come to hate places associated with childhood, since nobody would ever take him there. If he is free to burn what he wants, there’s a good chance he’ll choose one such place – but he’s not obsessive about it. Like many psychos, he completely dehumanizes his targets while greatly protesting that he has rights and shouldn’t be subjected to cruel treatments.

Firefly has developed a hatred of Batman, and is certain the Batman is just lucky and he can take him.

“Welcome to my inferno, Batman. Isn’t it beautiful ?”

“I can give you fire and all the terrors that come with it. Fifty grand a job.”

“ANGELS… Angels in the flames…”

Drawbacks:
SIA to watching big fires and other pyromaniac stuff, Serious Rage. After the Rixley fire, he has Strange Appearance. 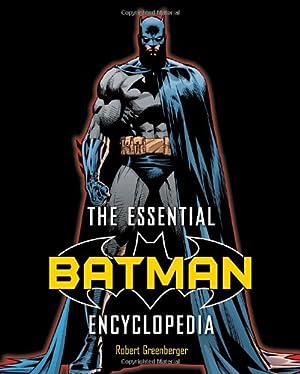 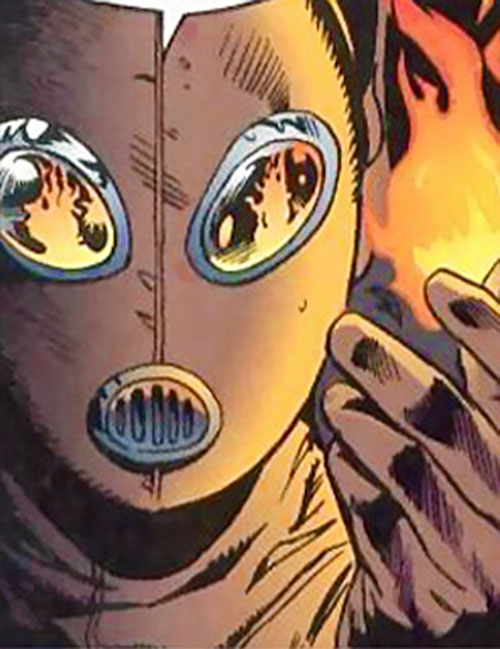 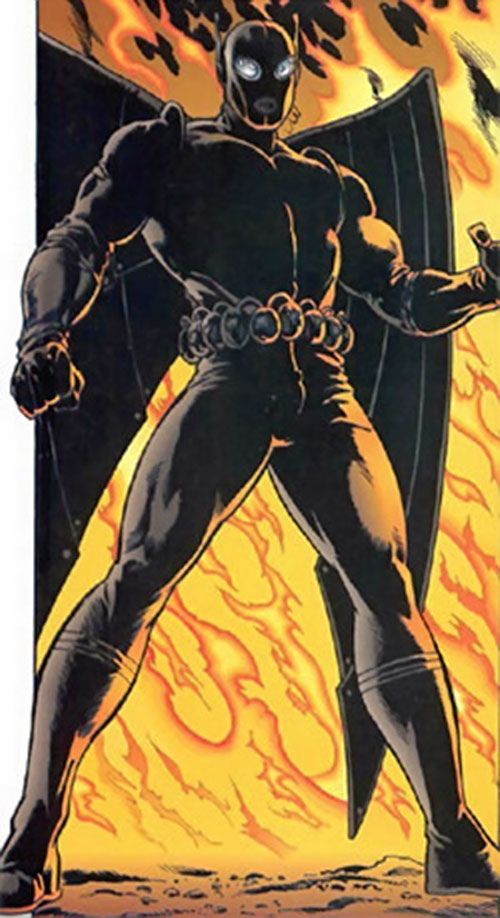