Charlie McGee has vast psionic  powers. They are mostly concentrated in the area of pyrokinesis ; she can start fires by an act of will.

Unfortunately this is not always entirely subject to her will. Her power has been known to break loose from her control and devastate large areas. One example is the entire secret compound of “the Shop” in Longmont, Virginia.

She has also inherited a portion of her parent’s abilities. Namely, low-grade telekinesis from her mother and a fair empathic sense from her father. Charlene yet has to demonstrate his ability to mentally dominate others. But she undoubtedly possesses this as well. She has all their other powers.

Towards the end of the book, where she’s burning down the Shop’s Langford, VA HQ, Charlie’s powers are so pumped she’s surrounded by a visible heat shimmer. It vaporized bullets shot at her. In DC Heroes RPG terms could have called this Force Field, but since anything entering the aura would be similarly affected, I thought Flame Being was more appropriate.

Andy and Vicky McGee took part in an experiment with psychoactive drugs while in college. It gave them low-order psionic powers. They passed on these traits to their daughter Charlie, who inherited vast psionic power in the form of pyrokinesis. Andy and Vicky were very careful to teach Charlie how dangerous her power could be. In fact they set up a great fear of using it.

The Shop, the clandestine government organization that sponsored the original “Lot 6” experiment, kept careful tabs on the people who took part. Thus, when Charlie began exhibiting her powers, they became very interested in acquiring her for study. Yet they were initially content to merely monitor the family from a safe distance.

Then, when Charlie was six, she went on a planned overnight with a school friend. But the long-distance monitoring hadn’t warned the Shop of this. They freaked, and seized Vicky McGee, torturing her to reveal where Charlie was. They then killed her and kidnapped Charlie.

Andy, at work at the time, sensed something was wrong and returned home. He found his dead wife, and went after Charlie. When he found her gone, he chased down the two Shop agents. Mr. McGee used his own mind-dominating talent on them, and suddenly he and Charlie were on the run.

Eventually they were caught by Shop assassin John Rainbird. Rainbird wished to kill Charlie as part of his personal semi-mystical beliefs. True scientific testing began after Rainbird, disguised as a hospital orderly, persuaded Charlie to cooperate.

Andy, in the meantime, seeming to have burned out his power. But he was actually pulling strings behind the scenes through Shop Director “Cap” Hollister to effect their escape.

The escape fell through when John Rainbird killed Andy. But Charlie, in a paroxysm of grief and fury, burned the Shop’s Virginia compound to the ground.

Charlie was last seen in the offices of Rolling Stone magazine , ready to tell her story on a national scale. This profile assumes she did so, and is being helped and generally supported by that institution.

She is personable and friendly, and wouldn’t dream of hurting anyone, which makes her power all the more frightening.

She only ever purposely unleashed it at a person when her father was murdered. Otherwise she fights for control of what could make her the most powerful person on the planet.

Charlie is a pretty eight year old who promises to become a stunning young woman.

Unlike the description for Carrie, Stephen King was very descriptive of Charlie, and then-child-actress Drew Barrymore was chosen primarily because she fits it to a tee.

“None of it was my fault ; they brought it on themselves !”

Titans, all the way. She could easily be an “accidental antagonist,” or someone they have to save (including dumping her in with those DEO kids). Or pretty much any variation on the theme.

Sort of like Magenta, I see her getting saved, fading into the background, only to be dragged back out by every new author, who puts her on the latest supervillain team through blackmail or other coercion tactic.

If you already have used the Titans for a King character (as we did for Carrie), you could shift the same backstory over to maybe the JSA. Possibly even associating her with Firebrand II (thus giving Atom Smasher an emotional part to play).

Unlike Carrie, though, she almost screams out to be a recurring reluctant Titans villain, particularly the New Teen Titans incarnation.

There’s also the old standby of making her a marginal character introduced in the Invasion! genebomb fallout. Actually, that might make a compelling story for Oracle. Batman and company are all out on different missions, leaving Barbara to deal with Charlie (no relation) on her own.

Alternatively, she’d probably be associated with the DEO instead of the Shop and might have encountered Young Justice.

Oh, one other thought. The name escapes me, but on the animated Superman series there was a pyrokinetic character who’d been somewhat traumatized at a school for paranormals. That could be Charlie, who would’ve been born during the late 1960s, I guess; after the Rolling Stone expose, there was government pressure to open a school. The rest unfolds pretty much as it did on the cartoon.

In a Marvel of Amalgamated  campaign, the obvious route is to draw in the X-Men. Possibly the reporter for Rolling Stone is one of Xavier’s Underground, and instead of going public he contacts Professor X, who takes her in. The Shop would be affiliated with/part of Project Wideawake.

Or, mix it up a bit. I seem to recall that, after Inferno , there were a bunch of mutant babies as well as Nanny’s orphans to be taken in and cared for by the gov’t. This would be where Charlie would end up, with the public outcry stirred up by Rolling Stone keeping Charlie and the other safe, at least to an extent.

X-Factor—oops, I mean Task Force X 🙂 would keep an eye on them.

This would make Charlie an acquaintance of Galen and Joey Bailey, Jean Grey’s telekinetic niece and nephew. Charlie would remain there until Zero Tolerance . At this point some or all of the kids would get killed/experimented on/etc., while the remainder, including Charlie would be evacuated by X-People.

Whenever Charlie uses her Pyrokinetic power, she must make a special roll against a Serious Rage. If she fails this check, the power runs rampant, and will attack pretty much any and every target in the area (people, houses, animals, cars, a wood-chopping block, etc.).

She may check every round to dry to dampen her flame, but once it has run wild she must roll against a Catastrophic Rage to do so. She can choose avoid this by purposely directing the energy at a specific target, or by “dousing” it in a large amount of water. 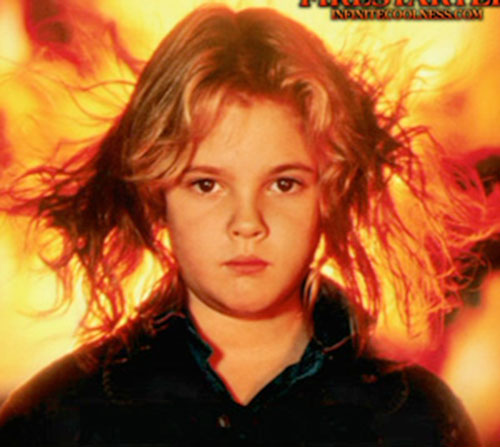