Our Firestorm writeups are primarily an update of his official game stats for his different forms throughout the 1980s and 1990s. There is some material added for context, but these are primarily technical articles.

As Earth’s Fire Elemental, Firestorm gained even greater control over fire and flames and now possessed “Cosmic Awareness.” He could still manipulate his own molecular structure, as well as others. He can focus energy into beams, and could fly.

During a battle with the Soviet hero Pozhar, Firestorm suffered one of his “attacks” and split into Stein and Raymond.

Raymond and Pozhar merged to form a new Firestorm (II) when they were hit with a nuclear missile. This Firestorm had a mind of his own, but still required Pozhar and Raymond to merge.

Eventually, Firestorm learned that he was intended to be Earth’s fire elemental. Raymond and Pozhar were submerged into Firestorm’s consciousness as he took his place among Earth’s protectors and remained Firestorm permanently.

This new Firestorm possessed a look drastically different from any previous incarnations. His skin was chalk white, and he wore a completely red costume with flames around the wrists and ankles, as well as his trademark flaming mop.

Firestorm had evolved from his previous incarnation in that he now had a purpose: protecting the Earth and her environment from any aggressors. The Fire Elemental did not go out looking for people to save, but if any were in danger, he would do his best to protect them.

By Danielle Mendus (using Who’s Who). 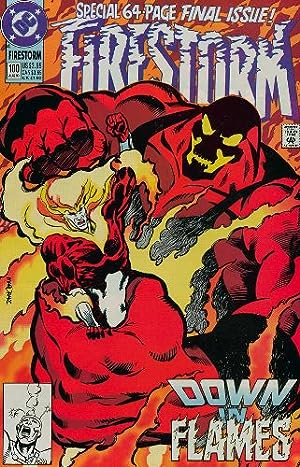 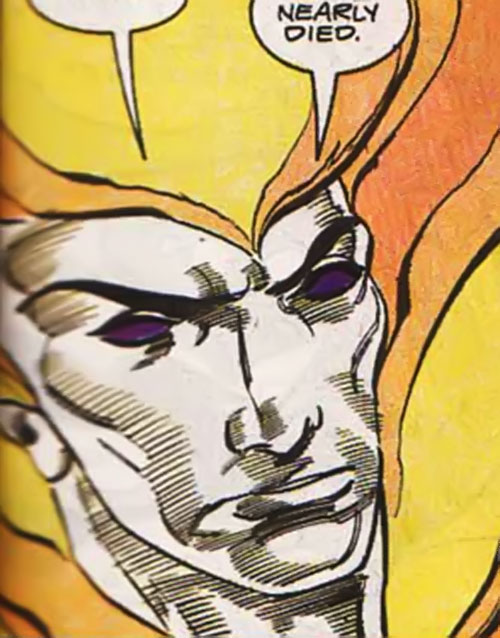