His matter control allows him to “see” patterns in matter, enabling him to perceive heat patterns, as well as see through the use of radio waves and radar.

However, Firestorm no longer has access to the mind of a physics professor, severely limiting his knowledge of atomic structure. He can now only reshape small quantities of matter into simple shapes.

During a battle with the Soviet hero Pozhar, Firestorm suffered one of his “attacks” and split into Stein and Raymond. Raymond and Pozhar merged to form a new Firestorm (II) when they were hit with a nuclear missile. This Firestorm had a mind of his own, but still required Pozhar and Raymond to merge.

Eventually, Firestorm learned that he was Earth’s fire elemental. Raymond and Pozhar were submerged into Firestorm’s consciousness as he took his place among Earth’s protectors and remained Firestorm (III) permanently. Eventually it was revealed that Stein was intended to be the “top” Fire Elemental of the Universe.

An attempt to ascend Stein took place, eventually destroying Firestorm III, splitting him back into his component parts of Pozhar and Ronnie Raymond. Stein became the Universal Fire Elemental and departed the Earth.

Ronnie went on to become a moderately successful male model, and developed a slight drinking problem. When Ronnie learned that his time as Firestorm had given him a rare form of leukemia, he went to his old friends in the Justice League to seek a cure. After little luck, Ronnie promptly burst into flames. Extreme Justice was called in, and eventually Stein returned to the Earth.

As it turned out, the Firestorm powers had been “written” into his meta-gene, and he still possessed the power, but in a dormant state. Stein “rebooted” Ronnie’s genetic structure, allowing the original Firestorm powers to return, as well as eliminating Ronnie’s leukemia.

Ronnie then returned to action as Firestorm (V). He is currently working on his alcoholism.

As Firestorm, Ronnie’s red hair was floating in the air and on fire. He possessed a yellow and red costume. As Ronnie, he was a male model, with shoulder length dark red hair and an ex-football player’s body.

Ronnie is a former party animal, who tended to drink due to his inadequacies. Ronnie does not seem at all to be the hot-head he once was. He doubts his own abilities, and over-thinks situations.

By Danielle Mendus (using Who’s Who). 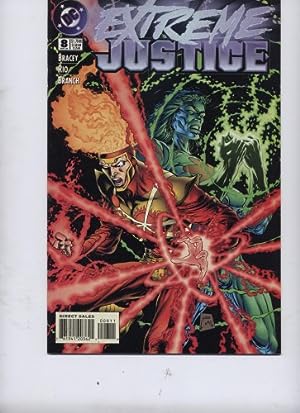 Extreme Justice comics (though “recommend” isn’t quite the right word, I guess) 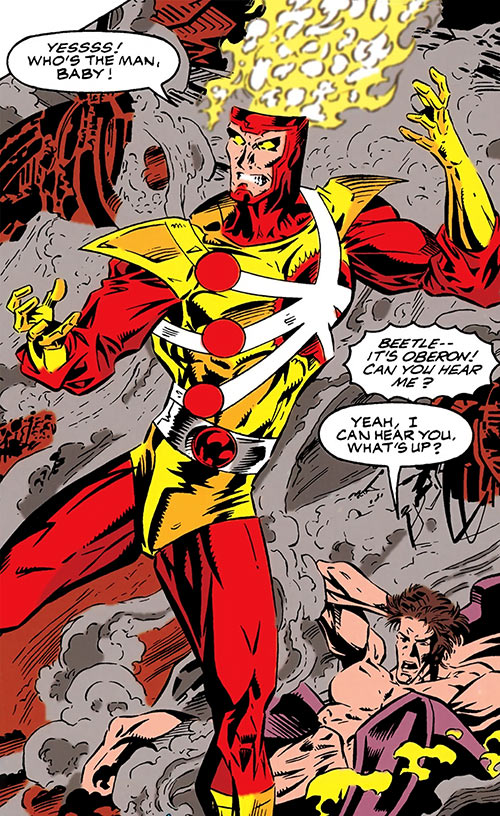 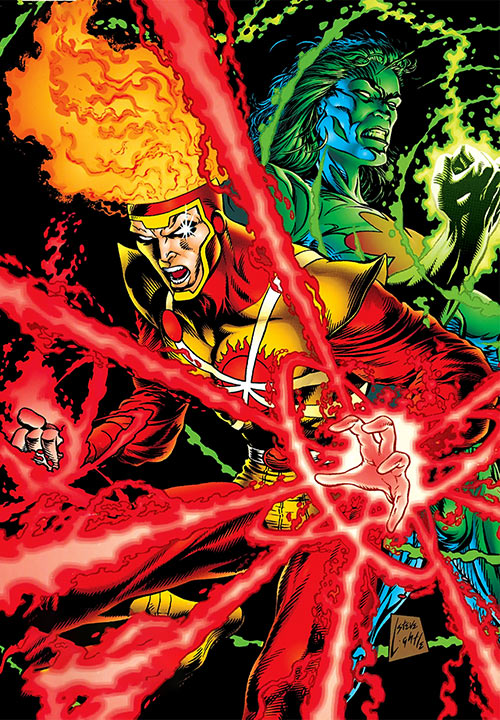