Beck is a proficient athlete and fighter, in excellent physical shape and quite muscular. He also seems to have FDNY  firefighter training. He’s charming and charismatic, and seems experienced at using those assets to pick women up.

I would assume his college major was in chemistry, though he hasn’t demonstrated this sort of scientific knowledge on-panel.

The Firestrike costume is armoured and thermally insulated, with flamethrowers and a jetpack. It’s quite basic and could have been produced by a number of sources. Still, Madame Menace sounds like a good bet.

Smart and college-educated, Beck understood the basics of running a team. He kept Heavy Mettle well-trained, in excellent physical shape and tactically well-coordinated. While they did not match the New Warriors in raw power, they got results through preparation and teamwork.

Dalton Beck is the son of a firefighter in New York City. Both his parents always wanted him to be a firefighter too. After graduating from college, Beck joined the FDNY as an arson investigator. He was stationed with Engine Company 42.

However, he also had connections with the Silvermane family of the Maggia. Whether he was a wise guy or an associate is unclear. But in any case Beck was put in charge of Heavy Mettle, a team of special operatives working for Joe Silvermane.

In 1999, young heroes called the New Warriors begun interfering with Silvermane business. Since Beck’s FDNY job allowed him to approach the Warriors, he was tasked with stealing the armour worn by one of them – Turbo (Michiko Musashi). The smooth, handsome Beck decided to seduce her. He would then murder her by surprise in her civilian identity.

Beck started dating Turbo. Meanwhile as Firestrike he led Heavy Mettle and clashed once with the New Warriors. As he and Turbo were caught in a subway bombing, he helped the inexperienced heroine handle the situation and rescue the passengers, earning her trust.

Musashi did reveal her secret identity to him. Beck kept a stolen handgun ready, waiting for an opportunity.

However, Beck had unwittingly fallen in love with Musashi. Thus, he was unable to execute her. When she discovered that he was Firestrike he refused to fight her, surrendering and offering his unconditional cooperation to put Silvermane behind bars. Dalton hoped to convince Musashi that he had renounced his criminal past.

Beck’s intel allowed the New Warriors to defeat the rest of Heavy Mettle. He even entered the fight to help Turbo against Blackwing. Still angry over his betrayal of her trust, Turbo nevertheless turned him in to the police when they took Heavy Mettle into custody. Beck was sent to Sing Sing .

The case against Silvermane was too thin. Therefore, the District Attorney made a deal with Beck – his testimony against a reduced sentence and entering the Witness Protection Program. Dalton announced this to Mickey Musashi the first — and last — time she agreed to answer his calls and come see him in prison.

Beck then fulfilled his part of the deal during the trial, before entering the WPP. After the government made Beck disappear Turbo came to feel regrets, wondering whether she had done the right thing.

As Dalton he’s a charming and easy-going hunk. He’s a tad bitter than his parents never let him be something else than a firefighter, and appreciated that Mickey saw him as a person and not just an uniform.

His epiphany over renouncing his criminal career seemed to have been as genuine as those get. If comic book tropes hold true, he might later reappear as a hero masquerading as a villain for some Federal sting operation.

“Surprise. You guys really aren’t very good at this stuff, are you ? We’re Heavy Mettle, and this is the easiest ambush we ever set up.”

(Beginning to put the moves on Turbo) “But since we’re getting personal, I’ve got a personal question for you… how do you like your coffee ?”

“As soon as she trusts me, I’ll make my move… and then her alien armor is all yours.”

“Sorry to disappoint you, Speedball, but I’m just trying to do the right thing. That’s all. The man you want is named Joe Silvermane, and he’s got an operation planned for later tonight.”

“Then don’t say anything, Mickey. Just promise me something. When you remember me, remember this — this moment here…. where I finally did the right thing.”

Drawbacks:
Secret ID (both before and after the Witness Protection Program). 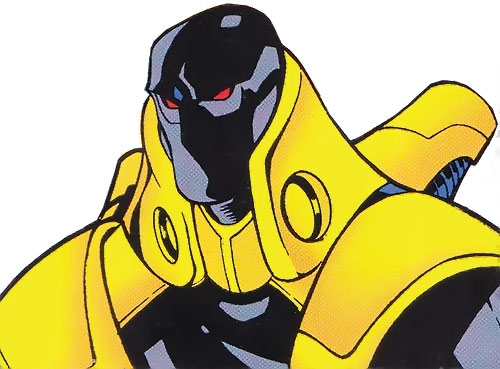 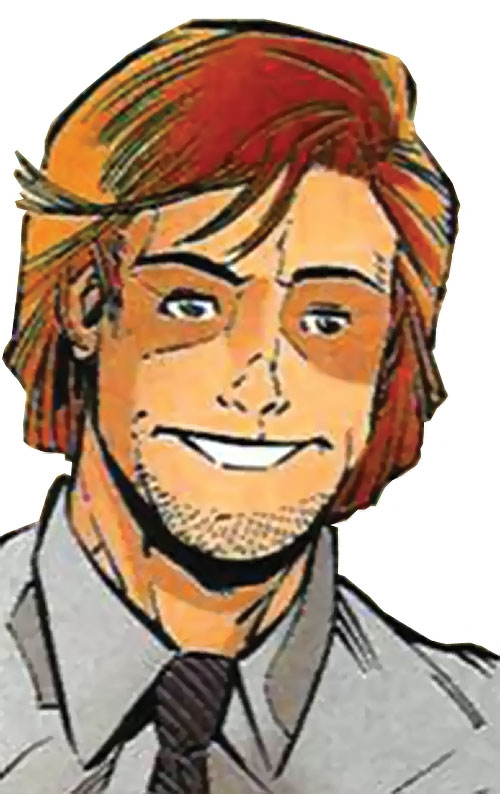 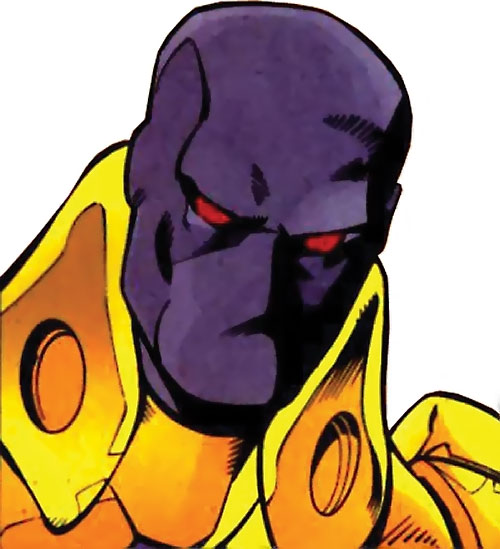