Fist of Legend (1994) is a classic martial arts movie, starring kung fu maven Jet Li. It is a remake of another great classic – Fist of Fury, in 1972, starring the great Bruce Lee.

Chen Zhen is a gifted martial artist. He has trained since childhood, and is probably one of the finest martial artists alive. Zhen does not engage in unnecessary violence, but when he needs to fight he does so brutally. He then favors punishing moves that incapacitate as well as intimidating onlookers.

He is skilled in the use of melee weaponry, but usually just engages enemies in hand-to-hand.

Chen Zhen grew up studying kung fu under Master Hou of the Jing Wu School. This was the most prestigious school in Shanghai. Chen Zhen was raised as a son to Master Hou and became known as one of their finest students.

Chen Zhen took an interest in engineering and entered a trade school in Kyōto, Japan. During his time there the Japanese occupation of Shanghai began. While his primary interest in Japan was engineering, Chen found time to study other martial arts there as well, incorporating elements of karate and boxing into his style.

When Chen Zhen learned that Master Hou had died fighting the head of the Niguchi clan in Shanghai, he returned to avenge his master. Chen trashed the entire Niguchi school and their master, Akutagawa. Realizing that Master Hou should have beaten Akutagawa, Chen Zhen had Hou’s body examined. Thus, he discovered that Hou had been poisoned.

Since Akutagawa’s defeat the Jing Wu students flocked to Chen Zhen. He started teaching them the Jing Wu Fist of Legend as well as the new techniques he had acquired in Japan. This earned him the ire of the new Jing Wu Master, Master Hou’s son Ting En.

Akutagawa was unaware of Master Hou’s poisoning. Once he was informed, he confronted General Fujita, head of the Niguchi clan and leader of the Japanese occupation forces. Fujita, also known as “The Supreme Killer” dismissed Akutagawa’s protestations of honor. Fujita then summarily killed him, vowing to do whatever it took to enforce Japanese domination.

To provoke war between the Niguchi and Jing Wu clans, General Fujita left Akutagawa’s body in front of the Niguchi temple. There was a note reading, “Revenge is mine — Chen Zhen.” The enraged Niguchi clan armed themselves and rushed to the Jing Wu temple.

The fracas was broken up by the police, who arrested Chen Zhen for his connection with the killing of Akutagawa.

Chen Zhen was tried for the murder of Akutagawa. The trial was a farce. The witnesses included a bad liar and a drunk. However, Mitsuko arrived and testified that Chen Zhen had spent the night of Akutagawa’s murder with her. The case was dismissed.

Chen asked to take Mitsuko in at the Jing Wu temple, since she had left her family and life in Japan behind by admitting her relationship to Zhen in public. The temple refused. Further, Chen Zhen was treated as a traitor throughout Shanghai for consorting with a Japanese woman. Chen Zhen and Mitsuko moved to a small shack outside of town and took up a simple farmers’ life.

Exile of the fist

Funakoshi Fumio, Mitsuko’s uncle and one of the finest samurai, was called to Shanghai. His task was to challenge Ting En and the Jing Wu temple. Instead, Funakoshi challenged Chen Zhen, whose prowess and respectful manner had greatly impressed Funakoshi in Japan.

Funakoshi barely beat Chen Zhen. He then took the opportunity to mentor the gifted young man, telling Chen that once he learned to adapt to his opponents he would be unbeatable.

As a consequence, General Fujita decided to take matters into his own hands and personally challenged Ting En. Ting En met with Chen Zhen the night before the challenge match to patch up their differences. Ting also asked Chen Zhen to take over the school should he fall in battle.

Get up, stand up

Chen’s example subsequently inspired his fellow countrymen to stand up to the Japanese occupation.

Chen Zhen is a lithe, handsome man. He usually wears formal dress, such as his school uniform. His expression is usually polite but distant, changing to cold intensity when he is angry.

Chen Zhen is a particularly dedicated and serious individual. He also has a great deal of compassion, and though he does not seek conflict he will not hesitate to stand up for himself or others. Chen is highly patriotic, working to set an example to his fellow countrymen.

Honor is very important to Chen. When he heard his master had fallen in battle, he immediately set out to avenge him. When Mitsuko gave up everything for him he refused to leave her despite the charges that consorting with her was treason.

“If my master had been healthy, you would not have beaten him.”

He might also be in town as an exchange student and become involved somehow in local events (as happened briefly at the start of Fist of Legend).

Equipment:
None usually, though he did use his belt as a whip during the final fight.

At the beginning of Fist of Legend Chen Zhen’s Martial Artist score was 10. Though it wasn’t used in Fist of Legend, many of Jet Li’s films in this Genre feature enough wire-work to give him Jumping: 01.

When fighting against multiple opponents, Chen will usually put his Martial Artist into AV and Multi-Attack. He’ll sometimes spend some HPs to Multi-Attack and inflict Critical Blows (usually a punch or kick to the groin) at the same time.

If he manages to single out one of multiple attackers (no one else is close enough to attack him that Phase, for example), he’ll put MA into EV and nail his target hard enough to drop him completely. This is usually done with a Knockback into the rest of the crowd, which tends to intimidate his remaining opponents.

When fighting against a single opponent Chen usually puts Martial Artist into OV for the first few Phases to get an idea of his opponent’s abilities. Once he’s got a good idea of whom he’s facing, he’ll wait for an opening (i.e. winning Initiative).

Then he puts MA in AV, using either Critical Blow or Devastating Attack. That depends upon how much of a penalty he can take to AV and still have a reasonable chance to hit.

By Roy Cowan and Peter S Piispanen aka The Angel. 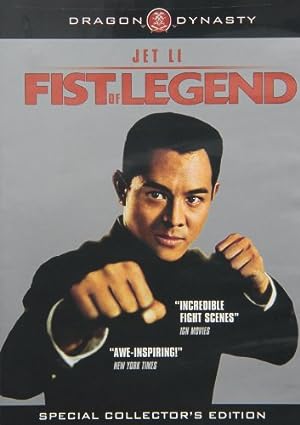 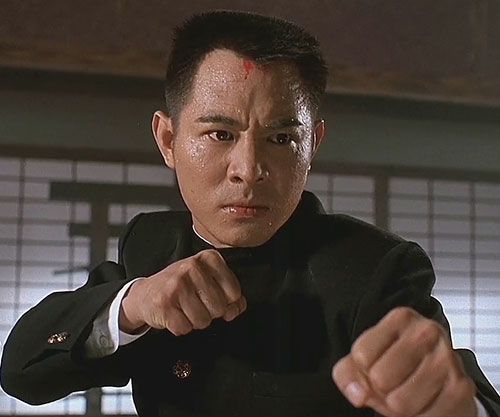