This minor villain appears in the sixth season of Buffy the Vampire Slayer – the 2001-02 one. For more context about the series, check our Buffy Summers character profile out.

The Fire Demon was a tough bruiser. He also was a skilled enough fighter to seriously challenge the legendarily vicious vampire Spike.

This demonic warrior could create a mystical flame that engulfed his fists, adding extra damage to his punches.

When Spike sought a favor from a powerful demon living in an African cave, his first trial was to fight this brute. Though the Flame Demon inflicted one of the more spectacular beatings that Spike had received over the years, he ultimately lost the fight.

At first, this demon looks like nothing more than a very muscular human male with tight-cropped hair. He’s dressed in a loose-fitting black leather pants with black leather wraps around his forearms.

Many opponents are thus surprised when this demon suddenly makes his fists flame on.

A classic strong silent type. Spends a moment or two quietly circling his opponent to get their measure, then lights his fists up and goes in swinging.

Any powerful member of the mystic community might have a thug or two like this in his employ. 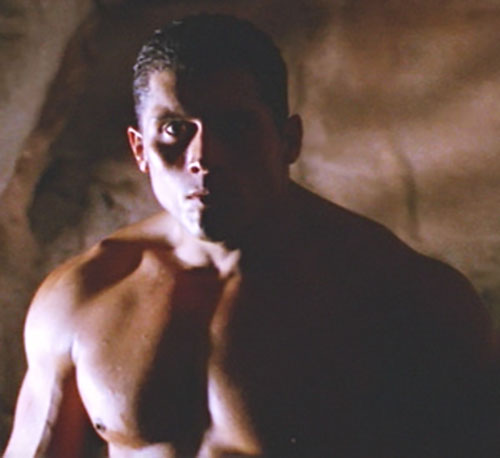 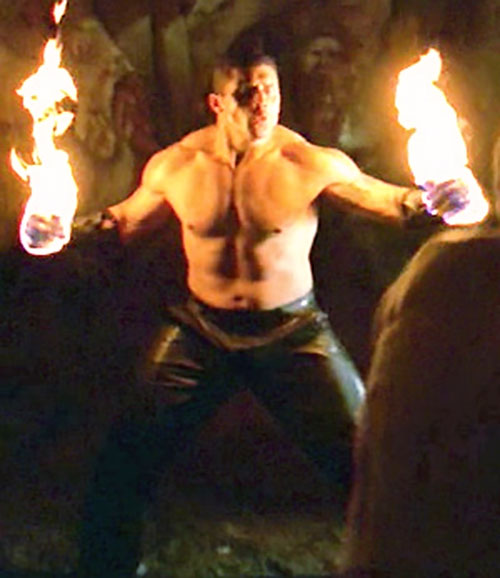