This profile is about one of the TV adaptations of DC Comics’ famous speedsterA character whose abilities are centered around super-speed the Flash.

This one is the 1990 live-action series, with John Shipp starring as Barry Allen.

The series lasted for but one season, despite certain qualities.

The more commercially successful 2014+ Flash live action series includes a number of references to the 1990 one, though. Including John Shipp’s return!

Since not everybody reads at super-speed, this long article is split in two halves. So those who want can easily take a break.

The second half of the article is there.

Barry Allen is a professional criminalist with extensive experience. He was sometimes specifically referred to as a forensic chemist, but the breadth of his work commonly extended beyond that specialization into general criminalistics.

He also has a great deal of knowledge regarding archaeology, his original field of expertise in college.

His general knowledge of science and engineering is impressive, allowing him to quickly analyze phenomena and design his own devices.

He also had some facility with explosives and could quickly disarm most simple bombs. 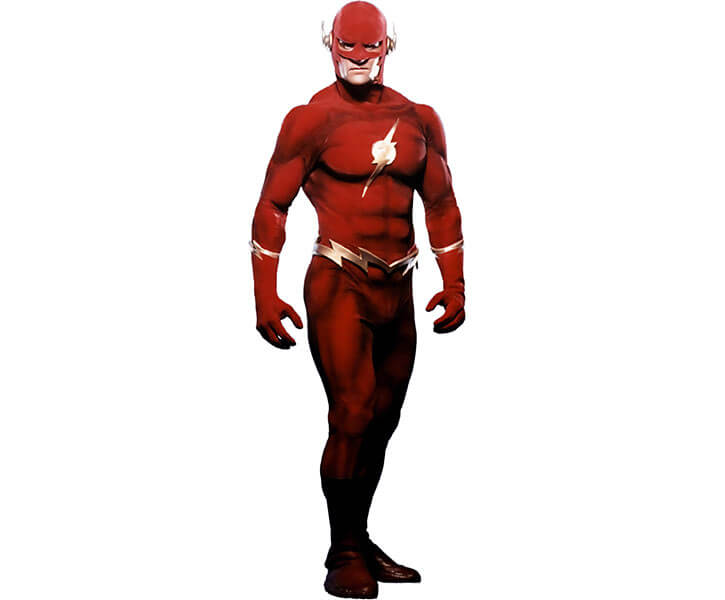 Barry keeps himself in good physical condition, practicing boxing as part of an overall fitness regimen and maintaining excellent marksmanship with firearms.

He is proficient with melee and missile weapons such as clubs and bows. He may have practiced those skills as part of his interest in archaeology, seeking to better understand the tools used by ancient cultures.

Barry is also a music aficionado, knowledgeable about up-and-coming new musicians in the local clubs. He’s able to play some mean riffs on the guitar.

Barry was not a street cop. However, he spent enough time in police hang-outs (favored restaurants, bars, etc.) and with friends of his father’s and brother’s to develop a decent network of informal community informants.

His access to police files can likewise direct him to individuals he can interrogate as either Barry or the Flash.

As a result of his lab accident, Barry’s electrochemical systems have been accelerated. His musculo-skeletal system adapted to keep pace. These changes allow Allen to move at superspeed.

At maximum speed he was able to keep ahead of a large surface-to-surface missile (whose speeds usually range from Mach .9, to Mach 2). He once ran over 10 miles in 25 seconds to get an explosive out of the range of its detonating signal.

This heightened metabolism often requires Barry to eat copious amounts of food to replace the energy he expends.

Another frequent complication is Barry’s inability to sleep properly. Though this often has as much to do with mundane psychological factors as it does with his unique physical condition.

Allen’s tendency to push himself too hard sometimes results in long-term exhaustion, making him noticeably slower and more error-prone. 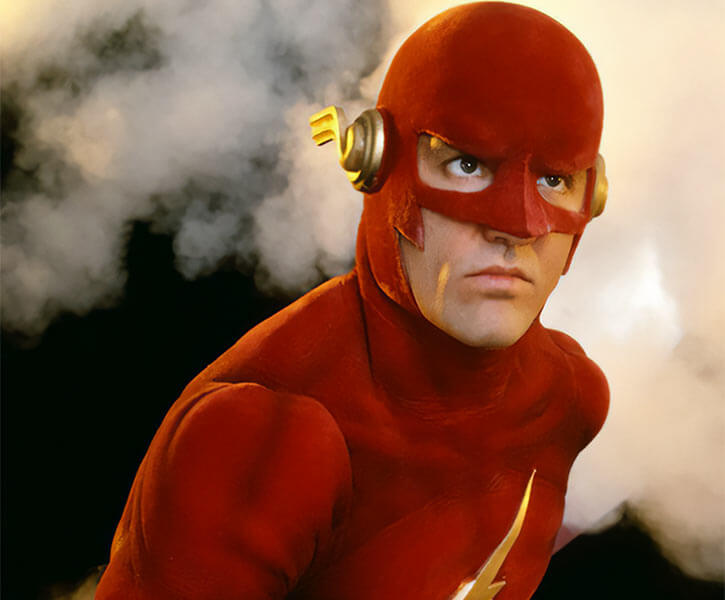 At first, Barry struggled with putting his powers to their best use. An early attempt at cleaning his apartment at superspeed was wasted when the air currents generated by his motions caused the very items he had just straightened out to be scattered again. Meanwhile friction with his carpet simultaneously caused his shoes to catch fire.

On the other hand, it did not take Barry long to apply such air currents offensively, such as running in a tight circle to generate miniature stationary tornados.

He also soon learned to spin objects quickly enough to let them cut through other materials. Even if they would not normally have been strong enough to do so.

He once cut through the lock bar of a small safe by taking a common ventilation shaft fan blade and spinning it at superspeed. On another occasion set a pool ball spinning quickly enough to drill through a bar counter.

Barry likes to use unconventional tactics, as detailed in the Personality section.

The Flash’s superspeed movement usually does not affect his surroundings as much as one would expect. Even at top speed he only generates a mild breeze at most. Unless deliberately moving in a manner that maximizes his air displacement, such as generating a wind vortex.

Likewise, even when he breaks the sound barrier the resulting sonic boom is fairly mild, making a rumble like thunder but not significantly disturbing nearby objects.

Given the relatively tight urban confines the Flash commonly operates in, this phenomenon is beneficial in avoiding significant collateral damage.

After exposure to the drug Blue Paradise, the Flash vibrated so quickly that he could move through solid objects.

While he has not been able to repeat this feat as yet, it is possible that he will learn to do this at will as he becomes more adept with his powers.

He also once leapt 10 years into the future and later returned to his original time. In both cases the energy of a powerful explosion was supplementing his normal superspeed movement.

These temporal jumps may also be something he can learn to do on his own with further practice.

Barry and Dr. McGee test his speed. 480p video, therefore you can probably just watch it on this page.

Henry Allen was a former sergeant with the Central City Police Department (CCPD). He wanted his sons Jay and Barry to follow in his footsteps.

This was simple enough for Jay, who was inclined to be a man of action anyway. But the more intellectual Barry struggled with reconciling his interests with the family legacy.

When Barry entered college, he became the protégé of the famous archaeologist Ted Preminger. Ted encouraged Barry’s academic pursuits in a way that Henry Allen never did.

Barry had fond memories of working two summers in the local museum, free to engage in his studies of choice without fear of criticism.

After the first two years of classes, Barry decided to switch his major to police science. This was a way of combining his love of archaeological studies with police work. As well as putting him in a position to take a job that had a more direct effect on the world.

His mentor Preminger was so upset over Barry’s choice that he didn’t speak to him again for 10 years.

The elder Allen was somewhat disdainful of Barry’s job, holding the view that “real cops work the streets”. But Jay appreciated the contributions of the forensics lab in tracking down perpetrators and providing enough evidence to put them away. 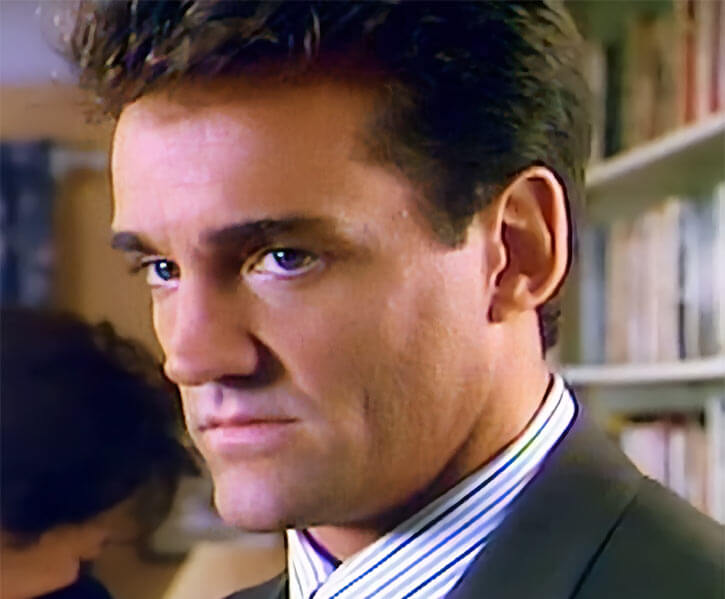 A Bolt of Lightning

When a homicidal biker gang called the Dark Riders began a campaign of terror in Central City, Barry Allen became obsessed with finding clues as to their whereabouts. The CCPD was being publicly ridiculed by the press for its failure to stop the Riders. Barry always took such criticism of the police force personally.

While working alone late one night in the lab, Barry was injured. A bolt of lighting shot through the window and exploded the shelves of chemicals beside him.

Barry initially believed he had come out of the accident with nothing more than a few scrapes and bruises. But a much more unusual side-effect soon became apparent as he developed the ability to move at superspeed.

Barry’s physician had sent his post-accident blood work to Dr. Tina McGee, a specialist in unusual human conditions working at Star Labs. She contacted Barry to follow up on the accident. Barry decided to confide in her regarding his new-found abilities.

McGee’s tests determined that Barry’s body had been completely altered by the experiment.

Fearing the unknown effects this transformation might ultimately have, Barry wanted to be cured. Until that could be achieved, he settled on learning to control his superspeed with Tina’s assistance. 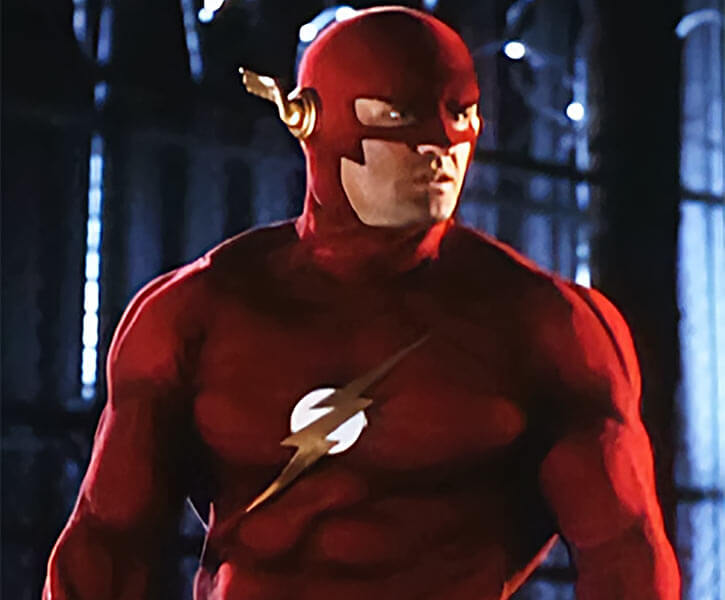 During this same time, Jay Allen was placed in command of a special task force to bring down the Dark Riders.

Unbeknownst to the task force, the Riders’ leader was Nick Pike, Jay’s former partner. Pike had been busted for criminal activity and was currently a fugitive from justice.

Pike had set a trap for the task force on the same spot where Jay had arrested him. Barry’s lab work uncovered Pike’s identity, but he was too late to stop the trap, which resulted in Jay’s death.

Barry decided to use his powers to hunt Pike down.

Tina did not want Barry to risk his health. When she realized he would take this course of action with or without her assistance, she agreed to help him on the condition that he allowed her to add sensors to the suit to continue monitoring his medical status.

Barry added gloves to the suit to avoid leaving fingerprints, and a cowl to conceal his face.

The final touch was a lightning emblem on the suit’s chest. It was based on the track medal Jay had won in high school. It also served as a counter-symbol to the splattered blood-red dot that the Dark Riders used as their icon.

In this new superheroic identity of the Flash, Barry Allen brought down several members of Pike’s gang. These were then arrested by the police. In response, Pike raided the Central City Prison to free his captive colleagues.

Despite suffering complications with his still-unstable powers at a critical moment, the Flash defeated Pike. He left the unconscious felon tied up to be taken into custody.

For the next few months Barry took a more active role in policing Central City in both his civilian identity and as the Flash.

He conducted investigations that the regular police force did not have time or inclination to pursue. He also battled opponents that were too unusual for traditional policing methods to stop.

His body adjusted to his powers. He no longer experienced the sudden onsets of torpor or semi-consciousness that initially plagued him.

Yet he still sometimes struggled with more conventional exhaustion from overwork.

Barry received assistance from several friends in his endeavors. Dr. McGee continued to monitor Barry’s health and provided both scientific expertise and emotional support as needed.

Though Barry did not tell Julio of his secret identity, Julio may have figured it out on his own. He witnessed various suspicious incidents – even though Allen used several subterfuges in hopes of convincing Julio that he was definitely not the Flash.

During Barry’s trip into the future, he learned that Julio had become certain that Barry was the Flash after both men disappeared at the same time (due to the aforementioned time travel). Howbeit that particular event was undone once Barry returned to his original time.

If Julio did eventually discover his friend’s secret, he nevertheless respected Barry’s privacy. 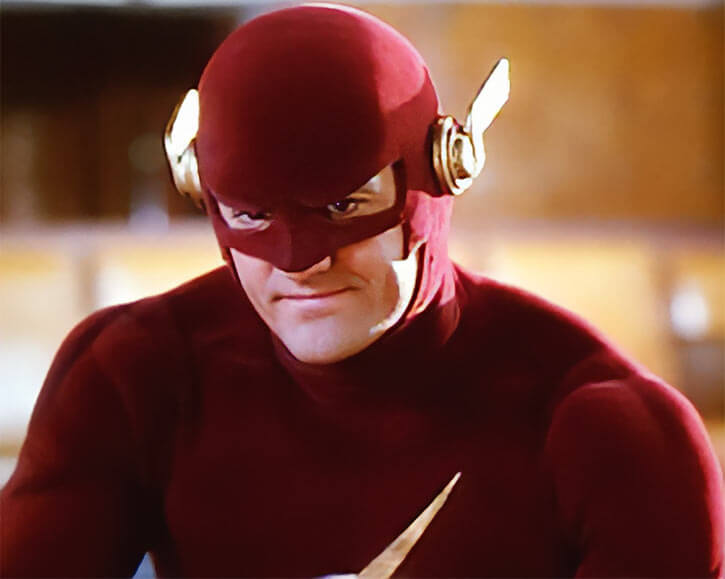 Barry also had a brief romance with private detective Megan Lockhart. He ended up working with her to oppose his most persistent foe, the Trickster.

However, their diverging careers and her move to San Francisco kept the relationship from developing further.

For a brief time the Flash had a partner of sorts in the ’50s-era superhero Nightshade.

Dr. Desmond Powell had created the Nightshade persona to clean up organized crime in Central City. After defeating his greatest enemy, the Ghost, Powell acknowledged the toll his alter ego was taking on his life. He retired.

While many normal criminals challenged him, the Flash was met by unconventional foes with increasing frequency. Barry feared that some of the Flash’s critics were right, that the superhero’s presence was somehow inspiring these new supervillains.

However, it could also be argued these menaces had always plagued Central City in secret. And were now being forced into public view by a crime-fighter who had a unique ability to oppose them.

The second half of the article has, as you presumably suspect, the description, the personality notes, the quotes, the TTRPG stats and a lot of technical discussion.