Flashburn wears an armoured, powered suit with flamethrowers in the gauntlets. It’s a pretty minor piece of technology, though.

Flashburn was an enforcer hired by local drug lords. He was to protect a big shipment of drugs in New York.

He ran into Night Thrasher. Thrash, who was taking the long-term view, produced photos of Flashburn having an indiscretion. He threatened to send them to Flashburn’s wife and kids if he ever heard of him committing crimes.

Flashburn understood the message, left and was never seen again.

A minor thug. He was completely outclassed by Night Thrasher. 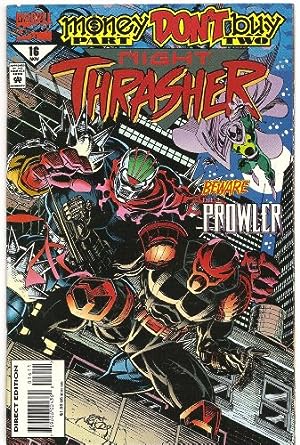 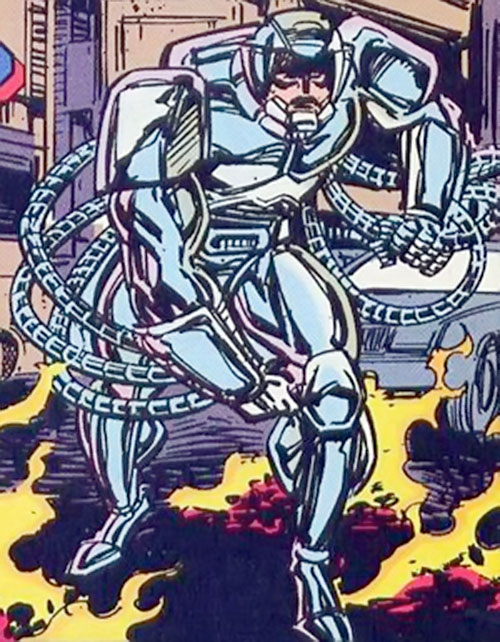