Fluski is part human, part cat, part cartoon. He possesses some of the advantages and traits of that all.

Of all the members of the Club Super 3 that escaped the cartoon world, Fluski is the one more likely to still have his Invulnerability Power intact, for a double reason:

Fleeing from an unknown menace, five cartoon characters fell into our world, becoming humans. They took on the responsibility of defending the Dimensional Door, with the help of fellow children who watch their whereabouts at the house over the portal.

Fluski arrived into the real world after crashing with Pau, Alex, Roc and Lila. He didn’t say what was he fleeing from, but he was in quite a hurry. He still returns to the Cartoon World from time to time, to party and to try to get a role in some series, or even better a series on his own.

He hasn’t had much success, so he started scheming in the real world as well. That’s how he turned into Roc’s Manager (then Patty Pla’s). Theoretically his knowledge of the music biz has to help them become stars. But most of what he explains is either wrong, stereotypical or a complete invention.

Fluski dresses a green suit with black flames on the sleeves, a white, speckled short, and a black hat.

He has cat-like nails and nose, and quite likely fangs (at least he is drawn with pointy fangs when he’s a cartoon).

Fluski is egotistical, and that pretty much draws his complete persona. In the World there’s him, his fans, and then tose who still don’t know how good and wonderful he is. He tries to behave as a charmer, but his ego usually puts his foot on his mouth and he ends (and sometimes just starts) making an ass of himself.

On the other hand, he’s not completely devoid of cunning, and is always trying to find the upper and faster (because he’s also a master sloth) hand in any situation. Sometimes he’ll bluff even through Alex and Pau, who are not exactly dumb (if a little naïve).

Anyway you can trust he’ll do the correct thing in the end (just don’t put much trust on him, to be safe) and he’d never betray the Super 3 family.

Fluski is tired of having to sleep in the living room’s armchair. He will cling to any chance to get a room of his own.

“I can go forwards and I can go back : privileged I am. I can become again like a cartoon : no one else can… I have the key.”

Fluski: “I will make you sweat, I will make you cry, I will make you work harder than hard. But you will be a rockstar, Roc !”
Roc: “Fua… Now you’ve scared me. So much job, so tired… I don’t think it pays…”
Fluski: “WHERE do you think you are going ?”
Roc: “Sleeping a while.”
Fluski: “Well thought : I’ll go too. Stars must get their rest, tours are endless, later…”

Fluski while on the cartoon world

I have the key

The Club Super 3 is built over a dimensional door between the real World and the cartoon World. Anybody can cross it, but having The Key allows two things: first, it allows to lock or unlock the door so others can also cross to the other side.

As the lock seems to be a simple lock, that’s covered by the simple fact of the gadget being a key. And second, it allows the user to arrive precisely at the series or area he wants in the cartoon World and leaving at will. Those advantages are simulated through the Area Knowledge power.

It’s unknown if anybody other than Fluski can use the key (its head is cat-shaped, alter all, and he says he has it because he’s half human and half cat, although it’s unknown which half is the one that makes him half-cartoon): if it is so, and the key tunes itself to its user, it should also have Detective (ID Analysis) or Detect (right user) at roughly 12 APs to that extent.

Another chance could be he has Area Knowledge that can only be used while holding the Key. 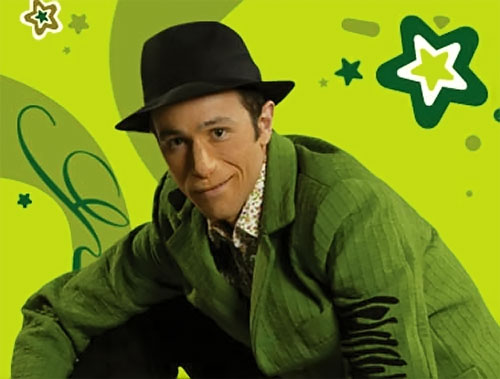