When danger threatens the territory under his protection, Chin Hsi can transform into the Foe-Dog, a skilled martial artist.

He can also teleport between shadowed areas with which he is familiar. In some scenes it appears that he can only teleport to areas that he’s marked with a particular symbol (or an ice sculpture on one occasion). And a mention is made at one point of him having to find the correct Shadow Door.

In some battles, however, he appears to teleport around the battlefield where I doubt he’d have that many marks. So I think this can be written off as special effects.

Chin is an old man but still retains some of his martial arts and occult knowledge. He is still confident in casting a Sign of Warding, which can force demons to return home.

He wields a meteor hammer. This is a chain with a heavy small fist-sized ball on the end, which extends from his sleeve. The ball is usually flaming when in use, and can launch small balls of fire at targets.

His Meteor Hammer has only been show with a weight on one end, as opposed to one on each end of the chain that it should have. Since the other end of the chain was never shown, however, it may well also have a weight attached.

Chin Hsi was a guard at a Taoist monastery outside Hong Kong. He was empowered as Foe-Dog, the Lion Dog set to guard the temple from demons. The monastery was disbanded in the 1930s, and the land it had been on became a shantytown.

Chin Hsi stayed, but the Foe-Dog never reappeared. Therefore, he assumed that he had lost the ability with the monastery’s closure.

He lived an uneventful life for decades. But in late 2001, a flood of ice descended upon the shantytown. Initially taking it to be a demon, he tried a Sign of Warding on it to no effect. Chin Hsi was again transformed into Foe-Dog.

Looking further, he found the unconscious mutant Iceman (Bobby Drake) at the centre of the runaway ice, and took him back to his place.

Helping Iceman recover, Foe-Dog learned that he’d come into conflict with the Winterbrand Corporation. This company wanted his mutant DNA to help with their Augmen. These were children they had brainwashed and turned into killer cyborgs with mutant grafts.

The corporation had trouble grafting the parts onto adults. They hoped that Iceman’s powers would allow them to make advances in superconducting which could improve the process.

Fight for your neighbourhood

The Augmen continued their search for Iceman. Meanwhile the Winterbrand Corporation used their power to turn off the electricity throughout Hong Kong. His territory again under threat, Chin Hsi became the Foe-Dog again. He teamed up with Iceman to rescue the Drake’s former girlfriend Opal Tanaka and her son. Winterbrand had been using them as leverage to get Iceman there.

Easily handling the Augmen with guerrilla tactics, they eventually took the fight to Winterbrand. The desperate CEO, Alain Weiss, used the unstable Augmen technology on himself. They battled him, and Iceman pushed him beyond the level that the technology could operate for an adult host.

In reparation for the damage caused, the Winterbrand Corporation rebuilt the devastated shanty town with decent basic housing. And Foe-Dog remains as its protector.

Calm and experienced, Foe-Dog appears to be fairly unflappable in either form.

He is patient and slow to attack threats until he has decided that that would be his best course of action.

“What in the name of all wonder…?”

“My name is Foe-Dog, and this place is under my protection !”

“The spirit of the Foe-Dog has woken again, and that can only mean one thing… trouble is coming !”

“You’re fast, razor-thing, and moreover… murderous. Such a shame to see that trait in one so young. But speed is nothing… without direction.”

Bonuses and Limitations:
Teleportation can only be used to move between shadowed areas (-1).

Drawbacks:
Alter Ego (Chin Hsi), Misc. (Can only transform into Foe-Dog when danger threatens the site of his former monastery).

Rituals:
Sign of Warding
Effect: Dimensional Travel (Banishment only, and only returns demons to their native dimension): 06
Casting Time: 1 AP. 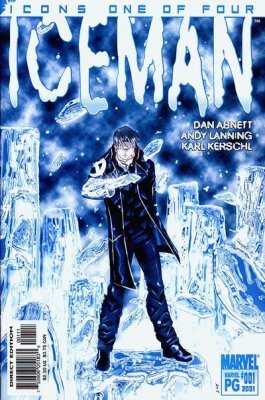 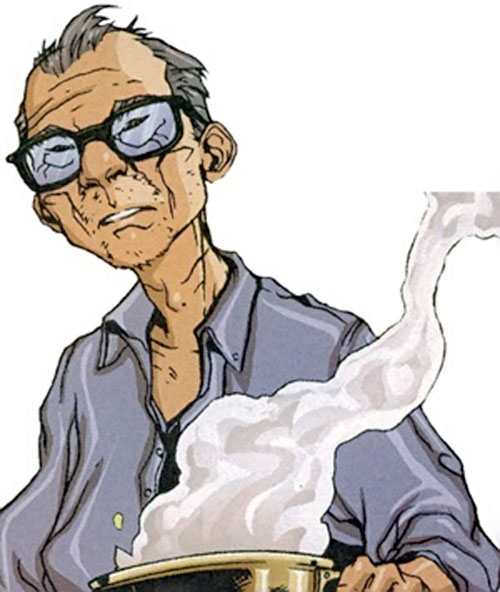 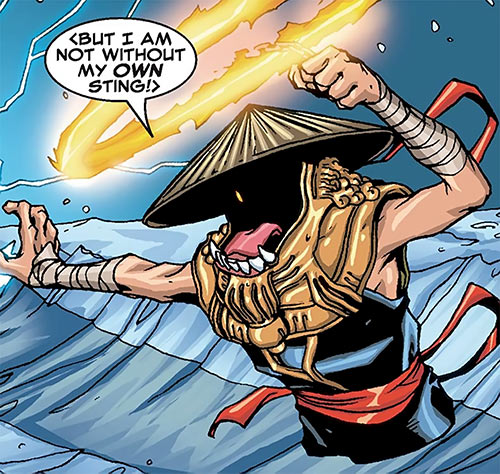 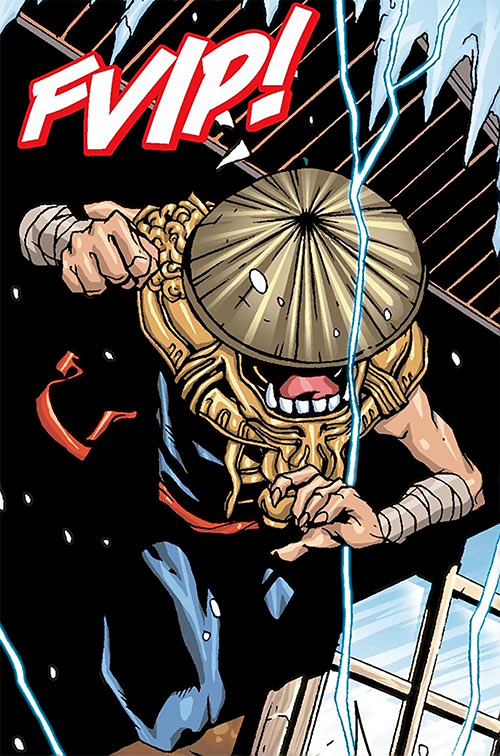 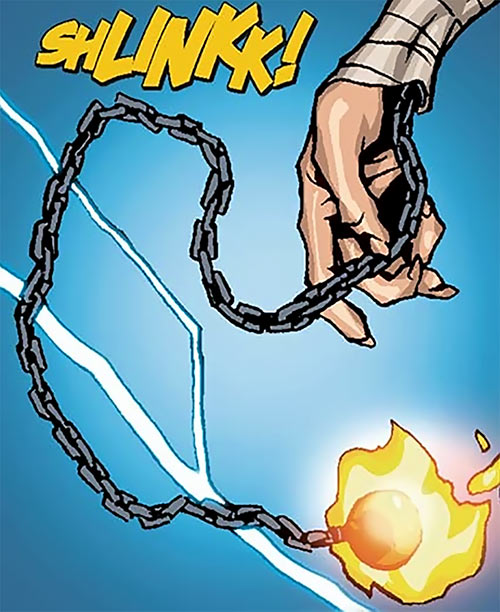