Shelley can turn into a psychovorous fog at will. When the Fog engulfs a sapient  being, he swallows their psyche and integrates it into his own being.

Personalities within the Fog have no real power. But the Fog can discuss with his “prisoners” and they can access his speech to interject their own sentences in his speech whenever he talks.

Since the Fog is just a cloud, it’s very hard to stop it, attack it or keep it away.

Aside from his abilities as a mentally vampiric cloud, Shelley is pretty smart and perceptive.

Byron Shelley is an Anglo-Saxon man who was recruited by Mister Nobody, the illuminated surrealist activist and madman, as a part of his first Brotherhood of Dada.

The Brotherhood had a plan – to recover a weird painting evoked in lost works by Thomas DeQuincey, which supposedly ate people. This tableau, by the mad Italian painter Piranesi, was destroyed in 1814. But a duplicate was done and ultimately recovered by Horst Eismann, the collector of the strange.

The Brotherhood of Dada mounted a successful assault on Eismann’s retreat in the French Alps, and absconded with the painting. They then went to Paris, and Mister Nobody performed strange manipulations over it in the Champ de Mars. These resulted in reality inversion – Paris was plunged into the dimension of the painting, and the Brotherhood of dada with it.

The Doom Patrol intervened and broke the phenomenon, restoring Paris.

However, much of the Brotherhood of Dada, including the Fog, elected to stay in the Painting. It was a dimension  with subdimensions following the laws of various art schools. The freaks, forever rejected on Earth, had found a world that could accept them and which they could enjoy.

See illustration for both the human form and the Fog form.

Shelley is a bitter, but competent and intelligent man. He’s very annoyed by the voices of the captured personalities forever interrupting him.

Paradoxically, while he harbours numerous other people, he feels alone and rejected.

“‘Byron Shelley’. Can you imagine what school was like ?”

Drawbacks:
SPI (multiple personalities in the back of his psyche), Creepy appearance (Even when he’s not in his Fog form, the Fog has wisps of psychedelic fog clinging to him), Socially Inept (constant intrusions in his speech).

By Sébastien Andrivet based on Mayfair. 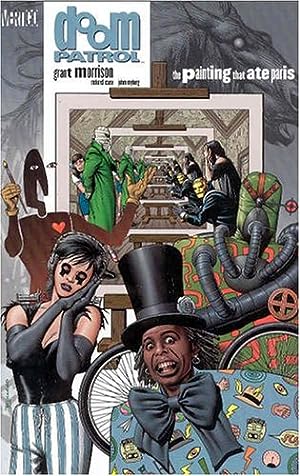 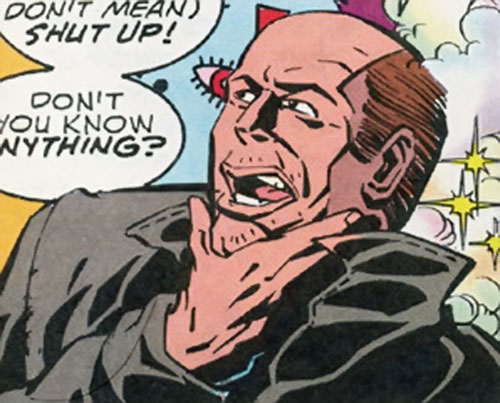