The folded man suit allows Gauss access to a “4th” dimension, which allows him to exist in two, three or four dimensions.

He can manipulate this in a number of ways to:

Acclaimed as America’s great genius since Mr. Terrific, and credited with completing Einstein’s Unified Field Theory, Edwin Gauss was hired by technology mogul Devlin Bridges. While working for Bridges, he created a suit which would enable travel from 3-D space into 2-D and 4-D space.

Bridges had promised to treat Gauss’s daughter, Meredith, for a rare medical condition. But when the suit was complete the treatment was stopped, and Meredith soon died. 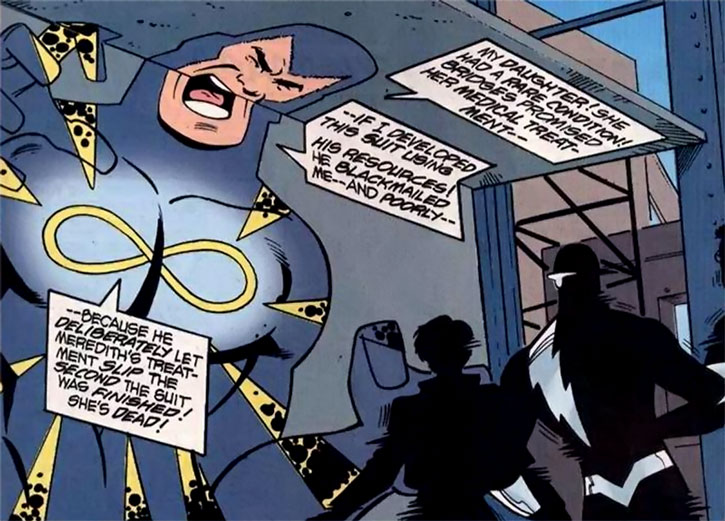 Bridges claimed it was due to a clerical error, but Gauss held Bridges responsible. He stole the suit and used it to go after Bridges, who had hired a private strike force to kill Gauss and retrieve the suit. He was stopped from killing Bridges by the Flash, who pinned him to third dimension by piercing him with rebar stakes. Gauss was taken into custody.

He escaped soon after, and is known to have had dealings with Blacksmith’s Network.

Gauss is consumed by his desire for revenge on Bridges. He will extend this hatred to anyone who gets in his way.

He had no hesitation in killing a police officer even though he could have gotten away without being seen.

Drawbacks:
SIA (Revenge for the death of his daughter). 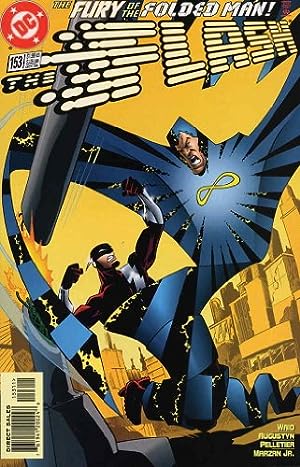 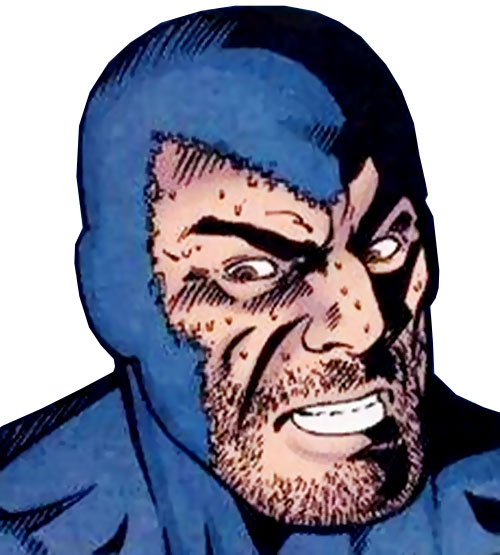