As you may have deduced from the art, Form was a baddie in the 1977/1978 adventures of Shade, by Steve Ditko.

For the necessary context we suggest that you first read the Shade, the Changing Man (Ditko era) character profile.

Form’s body can easily shift into a gaseous substance. Or possibly she can cohere her gaseous body into something solid at will.

In her nebulous state she can engulf an opponent, choking them.

Her gaseous form can also float, and stretch herself a short distance.

Form is also able to scan a victim’s mind. When doing so she’s holding their head at arm’s length and seems to fire some kind of beam at it. 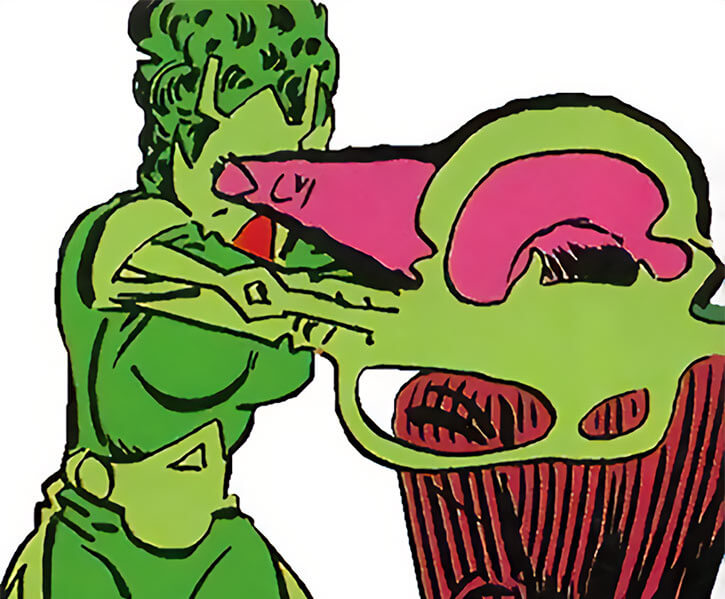 One of the leaders of the Crime Council of Meta, Form was present in their citadel when it was raided by the security forces. Their escape was interrupted when the transmitting field teleporting them to safety was destroyed, stranding them in the Zero-Zone.

Form managed to break through into the Earth-Zone, and decided to build herself an empire there. She began by searching out the local crime boss, and used her powers to learn which local officials he had in his power.

She was interrupted by Rac Shade, a fugitive Metan security agent, who attacked her. His force field prevented her from easily disposing of him, so she retreated.

Again hunting the local boss, she was interrupted the next time by Metan N-Agent, Mellu Loron, who’d come prepared for Form. Mellu gave Form the option of surrender, but Form attacked her instead.

They fought a short while, before Mellu negated (executed) Form. 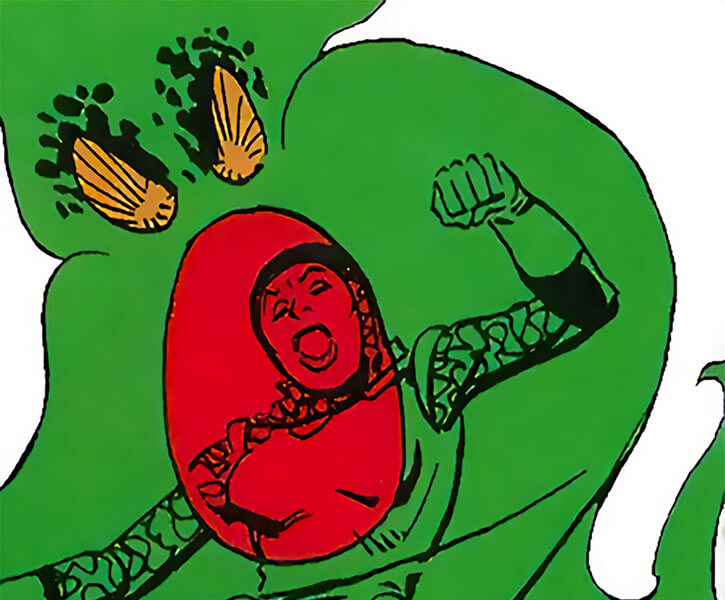 Scheming and careful, Form prefers to act behind the scenes. She’ll pick on specific targets whom she can drain of useful information and then kill, keeping her involvement secret.

She’ll happily use her powers on anyone who resists. But if an opponent seems to be an actual threat she’ll retreat and find another way to achieve her goals.

“Thank the demons ! I’ve finally broken through the zonal barrier ! I’m no longer trapped in the Zero-Zone ! But wait ! This isn’t Meta ! It’s Earth ! So be it ! Perhaps it is a portent — an omen that I, Form, am destined to become the ruler of this puny, fragile zone !”

“First I’m going to probe your subconscious mind, Shade, and absorb every shred of secret knowledge you possess ! Then I shall destroy you !”

“You’ll pay for that a thousandfold, you fool.” 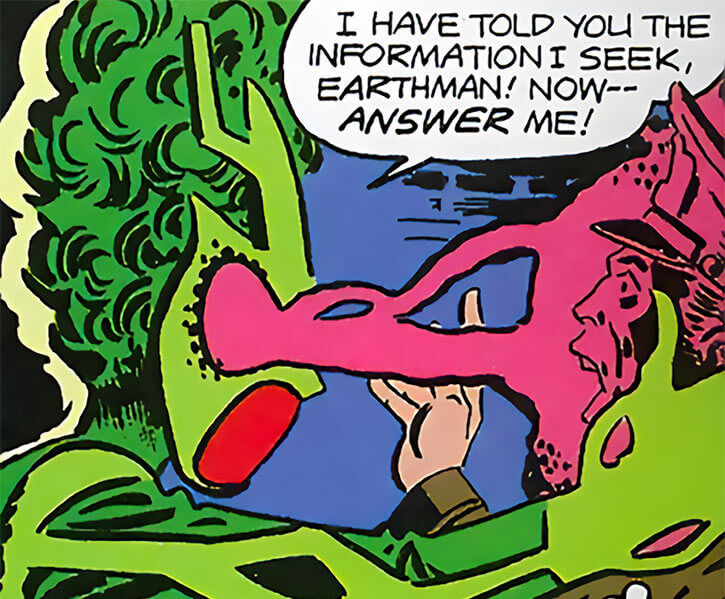